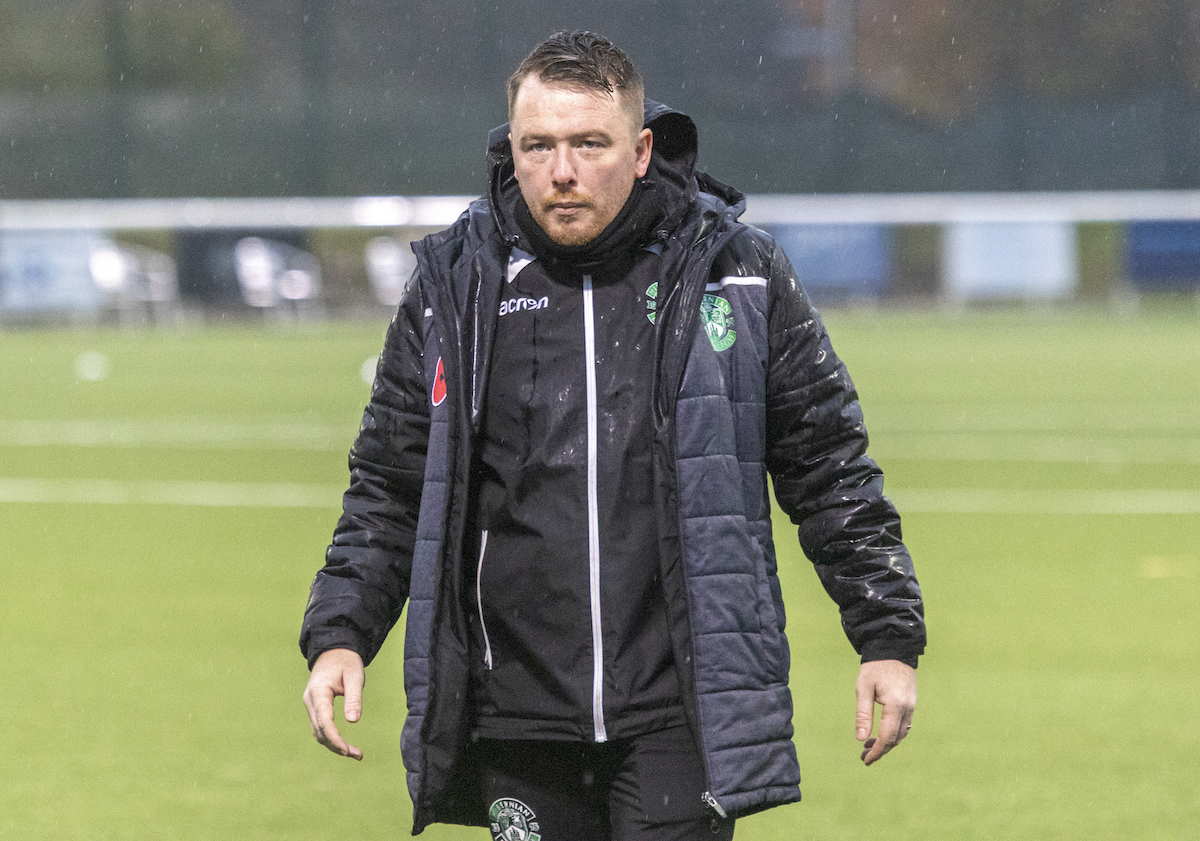 Hibs’ manager Dean Gibson is well aware of the importance of Sunday’s match against Hearts and insists that then ‘gender, age or competition’ is irrelevant when the two teams meet.

Hibs go into the game as favourites despite losing the first meeting between the team earlier in the season to a controversial late goal after Collette Cavanagh was sent for a ‘debatable’ challenge which resulted in the free-kick which led to the goal.

Hibs’ fans Gibson hasn’t forgotten the celebrations from the Hearts’ players at full-time and he is hoping that his players haven’t either.

Speaking ahead of the derby Gibson said: “We won’t play the same Hearts that anyone else plays because it’s an Edinburgh derby. I know that feeling, the butterflies you get in your stomach when you see that you are up against Hearts. I grew up as a Hibs’ supporter it doesn’t matter the gender, the age or the competition it’s a derby game. It is another hard game for us. We have that with Spartans, we have that with Hearts and then you have the three big games against Celtic City and Rangers so out of the eight games five of them are massive for us.

“The Hearts game is huge but you would rather have that than not have it. Every games seems to matter in this league for Hibs.

“I certainly don’t forget the celebrations (from the Hearts players) at the end of the last game so hopefully the players remember that feeling and you don’t want to be on the wrong end of that again.

“Hopefully on Sunday we can score enough goals that if a decision does go against us then it doesn’t affect us as much. If we had taken our chances in that last Hearts game and were four or five one up that referee’s decision irrelevant anyway. We didn’t lose that game because of the referee, we lost the game because we didn’t take our chances.

“We need to make sure on Sunday when the chances do come our way we need to take them.”

“I don’t think our points total has warranted out performances. I think we are well below that. I think it been small margins in games and for some reason the luck of the green has not went for us.

“We keep saying that can’t continue but I’m starting to believe that it can because it’s been going on for that long but for me if we do the things we have been doing particularly in the last three weeks I have no doubt that we will have a strong finish till the end of the season. We are creating chances and making it very difficult for teams to score goals against us and just need a little bit more composure in front of goal.”

Hibs’ goalkeeper Emily Mutch is looking for revenge against her former club and is hoping for the bragging rights but she is fully aware of the importance Hearts place on games against their city rivals.

Mutch added: “We are sitting fifth in the league and aiming to catch up with Spartans so it’s important that we take the points we can over the next few games and Hearts will lift their game against us like the last time and we know they will do that again.  I was at Hearts before so I know when we played Hibs in the cup and we always went out to beat them because it is an Edinburgh derby. I know that’s what they will do again.

“I’m still good pals with a couple of the Hearts’ players I played with and there has been a bit of a turnover, but the bulk of the team is still the same.”