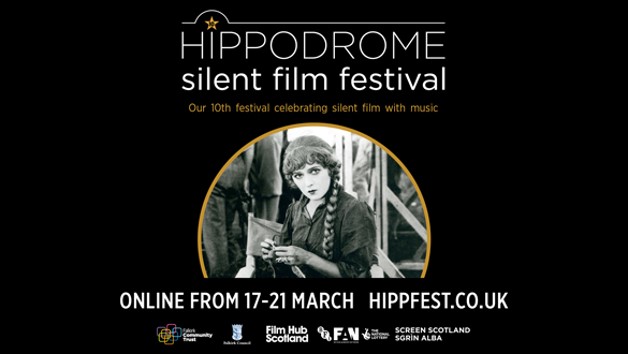 HippFest held its first online festival last month and has declared it a great success. Their fans watched 220 films and over 80 musicians took part in the five day programme.

Working in partnership with film industry partner INDY on Demand, the festival presented nine silent film titles, including the world premiere of the Mary Pickford Foundation’s new restoration of Sparrows(1926) accompanied by jazz, hip-hop artists Taylor and Cameron Graves aka The Graves Brothers based in Los Angeles; and the premiere of a new score by Frame Ensemble to accompany The Woman Men Yearn For (1929) starring Marlene Dietrich.

Festival Director, Alison Strauss, welcomed audiences with an introduction filmed in Falkirk and in Bo’ness where the festival usually takes place at the Hippodrome Cinema. There were talks about the 1918 flu pandemic and Matthew Steele the architect who designed the Bo’ness Cinema and Billy Ritchie the Scottish slapstick star who made it to Hollywood.

More than double the capacity of the cinema watched the opening night film with audience members from the UK, Europe and North America.

David White, Chair at Falkirk Community Trust said: “We are delighted that so many people took the opportunity to enjoy HippFest’s silent film programme online. After last year’s cancellation, we were very keen for the Festival to go ahead and we are very grateful to all the Festival’s funders, local businesses, and all the film archivists, artists and musicians for working with the teams at Falkirk Community Trust who pulled out all the stops to make this happen.”
Alison Strauss, Festival Director said: “HippFest 2021 has been an absolute triumph, exceeding our targets and garnering a deluge of appreciation and praise from our audiences and partners.  The team did a phenomenal job in a very short time of learning an entirely new way to present film virtually and in such a way as to capture the most treasured elements of our ‘in real life’ festival… the warm welcome, the diverse programme with its emphasis on exceptional musical accompaniment, and the accessible approach.  I could never have imagined how many positives we would find in going online and am confident that we have won multitudes of new fans who will join us in the Hippodrome next year.”
Nicola Kettlewood, Film Hub Scotland Manager said: “We are proud to have supported the work of HippFest for another year with funding from the British Film Institute, National Lottery and Screen Scotland. This year’s digital festival was a huge success that brought the magic of silent cinema to a wider audience and our congratulations goes out to all the team.”
The Hippodrome Silent Film Festival is operated by Falkirk Community Trust with key funding and support from Film Hub Scotland, part of the BFI’s Film Audience Network, Screen Scotland and National Lottery funding from the BFI.
HippFest will return in 2022 with provisional dates set for Wed 16 – Sun 20 March.
www.hippfest.co.uk 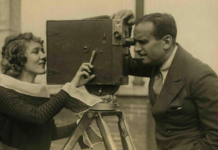 Hippfest quietly taking over the Hippodrome this weekend