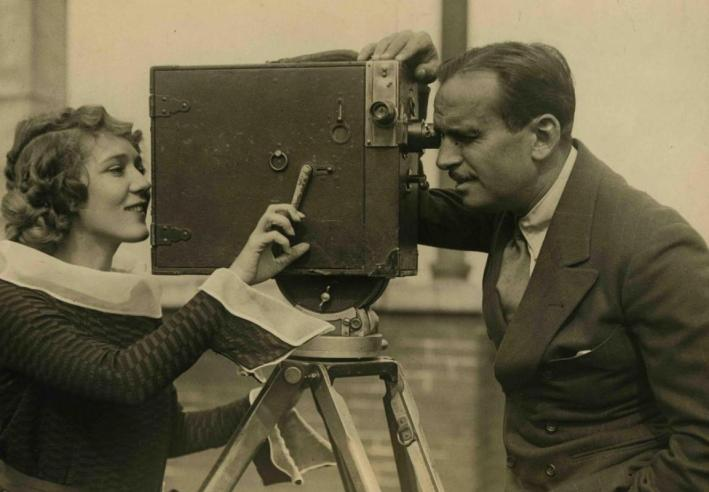 This is one of the festivals which you can still take part in even though it is all online. And you don’t have to leave your own sitting room.

Although it is a pity not to be sitting in the Hippodrome Cinema in Bo’ness with its beautiful star-studded ceiling, you can watch all the films in the 10th programme for just £20 for a Festival Pass and they have a virtual festival hub.

HippFest will begin on 17 March 2021. Alison Strauss, Festival Director (Falkirk Community Trust) said: “I am delighted to present our tenth HippFest… a year later than we originally planned but no less of a milestone! We are looking forward to welcoming back all the many fans of HippFest and to throwing open the virtual cinema doors for audiences joining us for the first time.

“It’s exciting to think that more people might take the plunge because attendance this year is as easy as turning up in your own front room; plus all the silent films have inter-titles, all the pre-recorded Festival events are captioned in English, and the live Q&As will have BSL and live captioning, making the programme accessible for people who are D/deaf or hard-of-hearing. “Whilst we will miss all being together under the star-studded ceiling of the Hippodrome we have tried to create a comparable cocktail of screenings with music, workshops, events and activities to sweep everyone up in the marvellous magic of early cinema.

“If dressing up is your thing, go for it! If you like mingling with other festival-goers, dive in to our virtual festival hub! However you do HippFest we’re sure you’ll have a great time.”

Here are some highlights:

Grass: A Nation’s Battle for Life (1925)
Thu 18 Mar 19:10
First feature by the dynamic directing duo behind King Kong.
Merian C. Cooper and Ernest B. Schoedsack tell the jaw-dropping story of a tribe of nomads in Iran known as the Bakhtiari, and their epic trek with half-a-million animals across impossible terrain to reach summer pasture.

Underground (1928)
Fri 19 Mar 14:05
A thrilling tale of romance, jealousy and murder transporting you to the bustling tube system beneath the lively streets, pubs, and parks of 1920s London.
Musical accompaniment composed by Neil Brand, performed by the BBC Symphony Orchestra, conducted by Timothy Brock.
Silent film fans with limited access to the internet can request a dual edition DVD/Blu-ray disc copy of Underground (1928) with Neil Brand’s score, including an illustrated booklet and bonus film material, by emailing hippfest@falkirkcommunitytrust.org.uk. Available on a first come first served basis.

Prix De Beauté (1930)
Sat 20 Mar 14:10
Iconic star of the silent era – Louise Brooks – lights up the role of Lucienne, a spirited, carefree, working woman who enters a beauty contest and is introduced to the alluring world of fame and the freedom it affords. Chafing under the disapproval of her idealistic but controlling boyfriend she is torn between the tantalising glimpse of glamour and a life of domesticity.
This film has limited viewing capacity, so be sure to book and register your interest in this title early.
Musical score composed and performed by Stephen Horne.

A Kiss From Mary Pickford (Potselui Meri Pikford) (1927)
Sun 21 Mar 14:30
A late addition to the HippFest programme, the film sits alongside Chess Fever for a double bill of Russian silent comedies.
The USSR visit undertaken by Douglas Fairbanks and Mary Pickford in 1926 is spun into this entertaining Soviet satire about tinsel town and stardom.

The full programme is here.

Festival Passes to this year’s HippFest are £20 Adult / £5 conc. and are available via www.hippfest.co.uk.

Films will be ‘live’ online from the time stated in the programme and will be available to stream for 48 hours after.
www.hippfest.co.uk 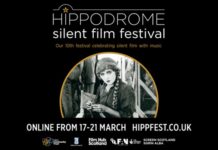 The success of the silent film festival

Hippfest quietly taking over the Hippodrome this weekend