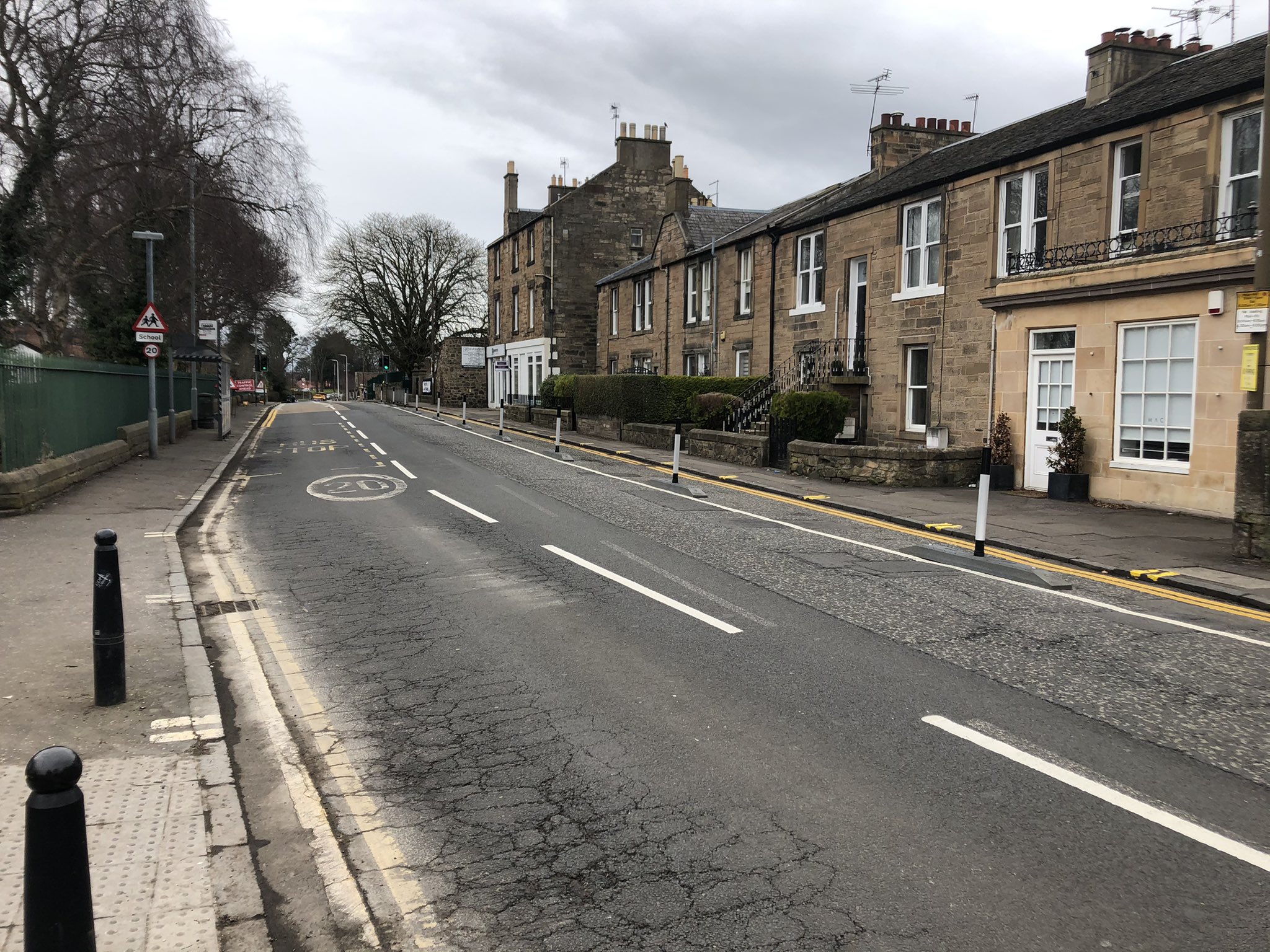 Spaces should be for People – and the interventions in Corstorphine High Street are needed say Low Traffic Corstorphine.

This week there are Spaces for People measures being introduced in Corstorphine, and as is the way with any traffic measures, not everyone loves them. Low Traffic Corstorphine is as you may have guessed from the name support the measures and want to “bring life back to Corstorphine streets”. At the same time there is a council consultation running online to allow those who either support or oppose the measures to have their say.

“Because of Covid-19 and the social distancing measures we’ve all had to adapt to, now, more than ever, we need more space for non-vehicle road users to travel safely and that of course is the reason behind all the “Spaces for People” interventions – to make the roads and spaces safer for walkers, wheelers and cycles – because active travel is crucially important to the health, both physical and mental, of our community and wider society. The clue to the need for these interventions is, after all, in the name – Spaces, for People.

“Of particular concern is the lack of space available for children and parents going to and from the primary school gates on narrow pavements, particularly at drop off and pick up times. Waiting cars regularly park on the pavement and buggies and young children are exposed to fumes from running engines at tailpipe height. With these new changes, cars are now unable to block pavements and there’s both more space for children to walk to and from school and for other residents to safely walk and wheel along the High Street.

“It’s also worth mentioning that Manse Street behind the primary school has been benefitting from reduced traffic at drop off and pick up times with more clear space for safe crossing and walking.

“Low Traffic Corstorphine fully supports the Spaces for People temporary changes going in this week, with the caveat that the council should be ready to modify them if feedback from residents and the school suggests more improvements can be made. We also hope that all of the measures will be retained following the current public consultation as we can’t go back to the way it was before.”

The Spaces for People consultation is here and runs until 21 March for anyone living anywhere in the city to have their say on making temporary measures permanent.

One of the most recently discussed items around the new arrangements in Corstorphine is the white line arrangement at the pedestrian refuge (a traffic island by any other name). This has resulted in many tweets and Twitter threads from those who say they don’t understand the new signage – this tweet from the Lord Provost and local councillor, Frank Ross started things off.

Andrew White has helpfully produced a visual of the arrangement. The idea is that when traffic gets to an island space on the road, cyclists have precedence and no vehicles should overtake there – or indeed park at that point in the road.