Webster Homes is redeveloping the Old South Church in Crieff in a £3million project creating nine high end luxury apartments in the A listed building. If you are considering a move to a quieter area then it could be worth taking a look.

Following the end of sales at The Paddocks, Powmill, Webster Homes has announced that, subject to planning, it is to redevelop Old South Church in Comrie Street, Crieff.

The redevelopment will include nine luxury, high specification, apartments created from the A listed building, with all construction work carried out by Webster Homes contracting arm and sister company, Webster Developments.

Active all over Perth & Kinross, Fife, and further afield in Scotland, Webster Developments has completed numerous high quality new build and refurbishment  developments, both under its own banner, and for Webster Homes. It is shortly to commence work at Old Causeway, Kinross, on an £1.2 million apartment development for Hillcrest Homes, and has recently completed a contract at Crieff Road, Perth for Caledonia Housing Association, providing six, new build, one bedroom apartments.

Webster Homes has made a name for itself providing luxury housing in semi rural locations. Recent developments include Gairneybank, Kinross, where five large detached houses were brought to market.

Designed by J J Stevenson in 1882 in a late Scots Gothic style, Old South Church was inspired by Dunblane Cathedral, with its spire a major landmark in Crieff. Although designed by Stevenson, it was Robert Ewan, a Glasgow architect, and Hew Miller, the factor at Ochtertyre, who supervised the construction. Built of Alloa stone with exterior woodwork made from teak, the total construction cost at the time was around £5k.

Originally constructed as a Free Church with seating for 800 people, it became the South United Free Church in 1900. In 1926 a memorial window to G Strathairn was added to the Church vestibule by Douglas Strachan, depicting scenes from The Pilgrim’s Progress. In 1929 Sir Robert Lorimer made minor alterations and additions, including a new stone communion table.

Around the time of its closure in 1964, it was known as the South and Monzievaird Church of Scotland. Afterwards it became an antiques shop and craft centre, but had latterly been listed on a Buildings at Risk register, before being purchased by Daniel Webster.

Many original features of the building will be retained by Webster Homes, including the stain glass windows, the oak beams, and the wooden bannisters. It’s also hoped that the Church spire itself will be incorporated into a truly stunning and unique apartment design. An original balcony at the rear of the Church will be retained to offer residents expansive views across the nearby hills.

Subject to successful planning, work on site will not begin until later in the year, with the development being officially launched to market in the late autumn.

Commenting on the project, Daniel Webster, Managing Director of Webster Group said: “This historic building will now be retained for future generations as a unique place in which to live in Crieff. The apartments will be truly impressive when completed, with an estimated starting price at the development of around a quarter of a million pounds. We want to do justice to this local landmark by creating top end, spacious abodes which will effortlessly blend old with new, whilst paying homage to the history and heritage of the building.”

“We’re known under our Webster Homes banner for a very high specification throughout, coupled with immaculate finishing. Churches like this are extremely popular to live in nowadays for discerning buyers looking for character features, but additionally offering them every comfort of modern and contemporary living. As such, we expect this development to be very eagerly anticipated. It’s not every day you will get the opportunity to secure such a unique home in a spectacular setting like this.”

Daniel Webster finished by saying that he was hopeful that the planning application will be successful.

“We are fortunate to have a solid track record in cost effective contracting through Webster Developments, and our luxury housebuilding brand Webster Homes is strong, becoming better known all the time,” he said. “We hope that this will stand us in good stead, coupled with the fact that we have our own in house tradesmen. They will approach this exciting project with real care and attention to detail, using the finest energy efficient materials where possible to breathe new life into this fine Church.” 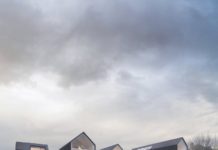 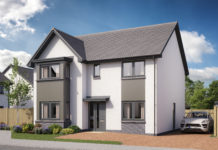 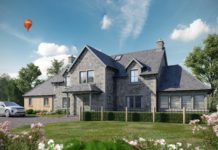 Final home available – out of town at Powmill 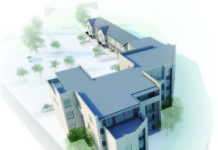 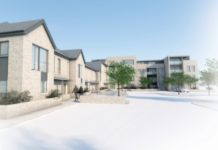 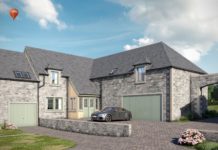 Property – walk in to a new country home at The Paddocks 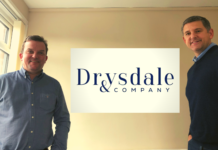