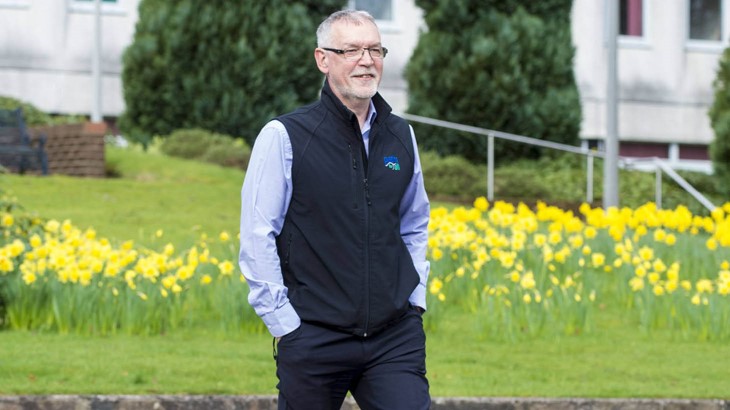 Paths for All have announced the sudden death of Ian Findlay CBE who was their Chief Officer for 17 years.

A spokesperson for Paths for all said: “Ian was a lifelong outdoor enthusiast. His personal values of responsibility, respect and care for each other and for our environment were evident to all that had the privilege to know and work with him.

“Our thoughts are with Ian’s wife Andrea, daughter Lianne, granddaughter Phoebe and the rest of his family at this sad time.

“We are all still letting this tragic news sink in. Ian has been an inspiring Chief Officer, he leaves an incredible legacy, and we will honour him by continuing to make Paths for All the organisation he was so passionate and proud of.”

Paths for All’s Chair, Marcus Sangster said: “I have lost a friend.

“Ian will be terribly missed by staff and trustees past and present. We are so grateful for his passion, kindness and personal integrity making Paths for All the successful charity it is today.”

An online Book of Condolence has been opened here.

John Lauder the Deputy CEO of Sustrans and National Director, Scotland, said: “The death of Ian Findlay is terribly sad news and our thoughts and deepest sympathies are with his wife and family, his colleagues at Paths for All and his many friends, not least the tightly knit community of Comrie, where he was such a well-known figure.

“I knew Ian as a colleague for nearly sixteen years.  He was the kindest, most decent and inspirational leader I have known. Someone I looked up to, held up as a mentor and a role model.

“Often, I’d be wrestling with something at work and would call Ian for advice, which was always good and freely given.

“Ian truly believed that the world would be a better place if more people were able to easily walk, wheel and cycle, and he helped thousands of people to do just that throughout his career.

“I recall us both having a chat when the Transport Scotland budget for active travel was doubled in September 2017. It felt like a hugely positive moment after many years of building the case to get a better deal in Scotland for everyday walking, wheeling and cycling with a wide group of partner organisations

“Ian leaves a hugely positive legacy, albeit way too early.  Everyone at Sustrans and anyone who cares about making Scotland a better place is sending their love and support to Ian’s family.”