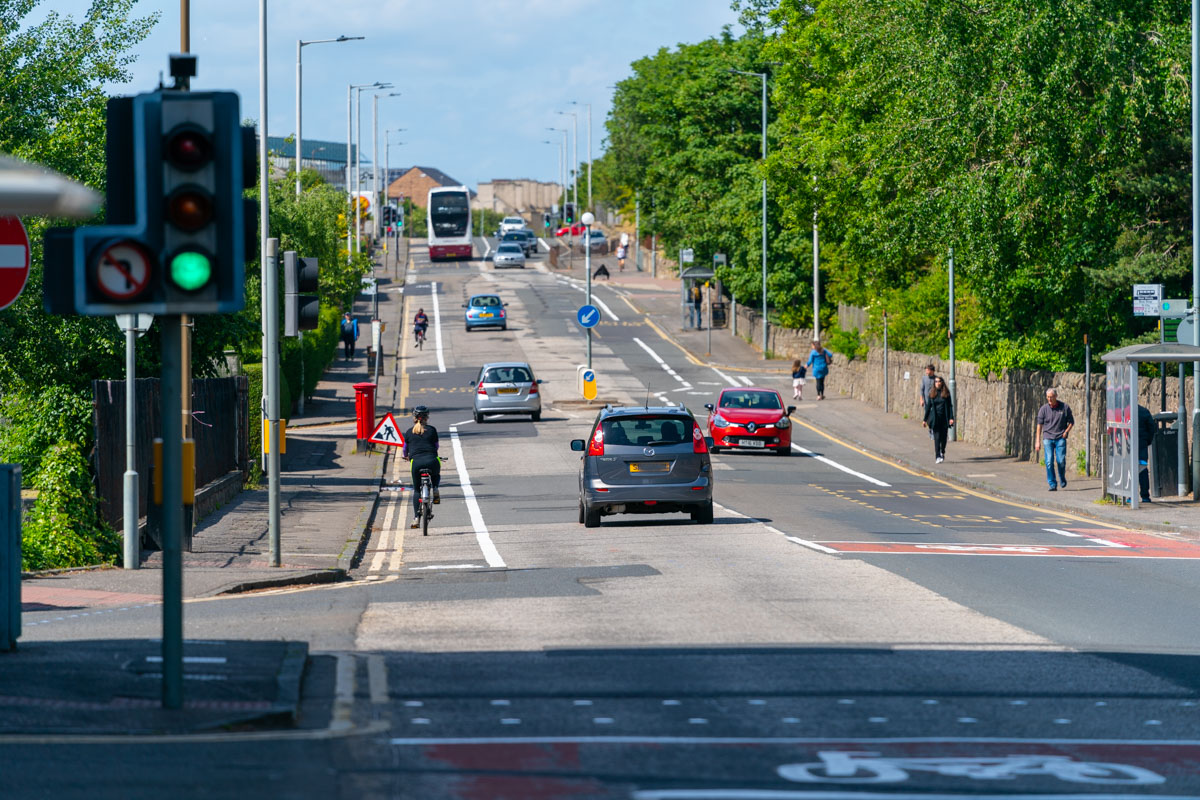 The Transport Scotland report published on Wednesday has been given a warm welcome by many groups who support active travel in Edinburgh.

This is the Strategic Transport Projects Review – protecting our climate and improving lives which you can read in full below. The idea is to set out plans for the way we will get about for the next few years, with more suggestions to come in the autumn for the next two decades, and there is a Case for Change set out for Edinburgh in a separate report which we highlighted on Wednesday.

An overarching statement sets out the government’s aim to create what are called Active Freeways (according to Pedal on Parliament these might be based on London’s cycle superhighways focusing on the suburban edges of the four biggest cities in Scotland).

“A desire to improve active travel infrastructure was the clear highest priority of the respondents to the public survey undertaken for STPR2. It accords with the strong policy framework for supporting investment in active travel that has been set both by Transport Scotland (including through the NTS2) and by local and regional transport authorities. The Active Freeways package would complement and go beyond those prior commitments. It would involve collaboration across various partners in some or all of Scotland’s towns and cities to develop and implement coherent, town/city-wide networks of high quality, efficient and safe active travel routes, connecting communities with key trip attractors. It would improve facilities for people walking, wheeling and cycling. This intervention has been supported by funding in the Government’s Capital Spending Review and within the Update of the Climate Change Plan published in December 2020.“

Pedal on Parliament has made a significant number of comments as you might expect. The group has campaigned for a number of years for The Scottish Government to allocate more spending on active travel.

They point out that the highest priority among those who responded to the STPR2 survey was safe cycling infrastructure, and that dissatisfaction with existing cycling, walking and wheeling conditions was high. They also point out that the report states 72% of Scots surveyed supported 20 mph speed limits in urban areas.

They lament the fact that some councils have not done anything with the Spaces for People funding and point out that Aberdeen has already ripped out any of their schemes already.

They say that this is a point which Spokes in Edinburgh has cottoned on to.

Spokes Cycle Campaign says that it is 100% clear that the Scottish Government wants successful Spaces for People projects to stay.

In paragraph 7.6.1 the report mentions Spaces for People which is funded by The Scottish Government and managed by Sustrans Scotland. To date the government has spent over £38 million on the scheme. This has allowed The City of Edinburgh Council to restrict vehicular traffic on some streets, set up segregated cycle lanes and widened pavements on an emergency basis and without cost to the council.

The report states: “This measure would support local authorities to make permanent those temporary schemes which have been successful, thereby providing long-term solutions which make it easier and safer for people to move around, whether they are walking, cycling or wheeling.

“To be eligible for support through this measure, Spaces for People projects must meet the criteria for Places for Everyone (PfE) funding and local authorities should have gathered evidence and support for making these schemes permanent whilst they are temporary. Feedback on the temporary schemes from local people and local political support will be crucial in determining the schemes appropriate to be made permanent.

“The report also provides its Rationale for Intervention As many temporary Spaces for People schemes across Scotland are already in place, or are planned for the near future, making these permanent (where they are successful) is the next key step in creating a change to the way road space is allocated and supporting active travel. This package to expand and make permanent appropriate Spaces for People initiatives will help strengthen the commitment extended to all local authorities from across Scotland.

“Some of the temporary schemes have brought significant benefits to people during the COVID-19 pandemic; bringing opportunities for enhanced physical distancing, increased physical activity and, by enabling more people to visit local shops and services, supporting the economy. Furthermore, walking, cycling or wheeling in the local area helps people feel connected in times of isolation, and can allow communities to discover their neighbourhood.”

Collaborative Mobility UK (CoMoUK) says it is delighted to see mobility hubs included in the report which will have an important role in reducing private car dependency.

This is set out at point 7.4 around the theme of creating smart and sustainable towns and villages. The creation of mobility hubs relates to the overarching principle of creating more space for active travel as opposed to vehicles. A mobility hub is “A recognisable place with an offer of different and connected transport modes supplemented with enhanced facilities and information features to both attract and benefit the traveller”. So this is somewhere that passengers can hop off a bus onto a bike or perhaps wheel from a tram to a bus, or even park and ride and so integrate all kinds of transport options. It will mean that some projects have to be reconsidered so that they abide by the objectives of STPR2 and the ‘sustainable travel hierarchy’.

The reason for this is to encourage more people to use public transport which of course is contrary to government advice during the pandemic. While that is recognised it is hoped that after the pandemic, while working from home may be more prevalent than previously, it will be necessary to improve connectivity to reduce unsustainably travel.

Unsurprisingly Cycle UK Scotland said it is good to see that STPR2 is positive for cycling with all of the already mentioned points: 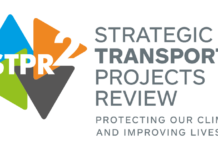 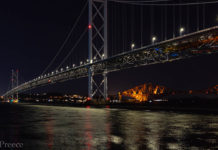 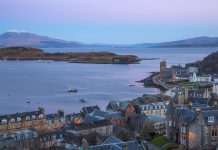 Queensferry Crossing to open at the end of the summer

Some Rail fares from Edinburgh will be cheaper next month