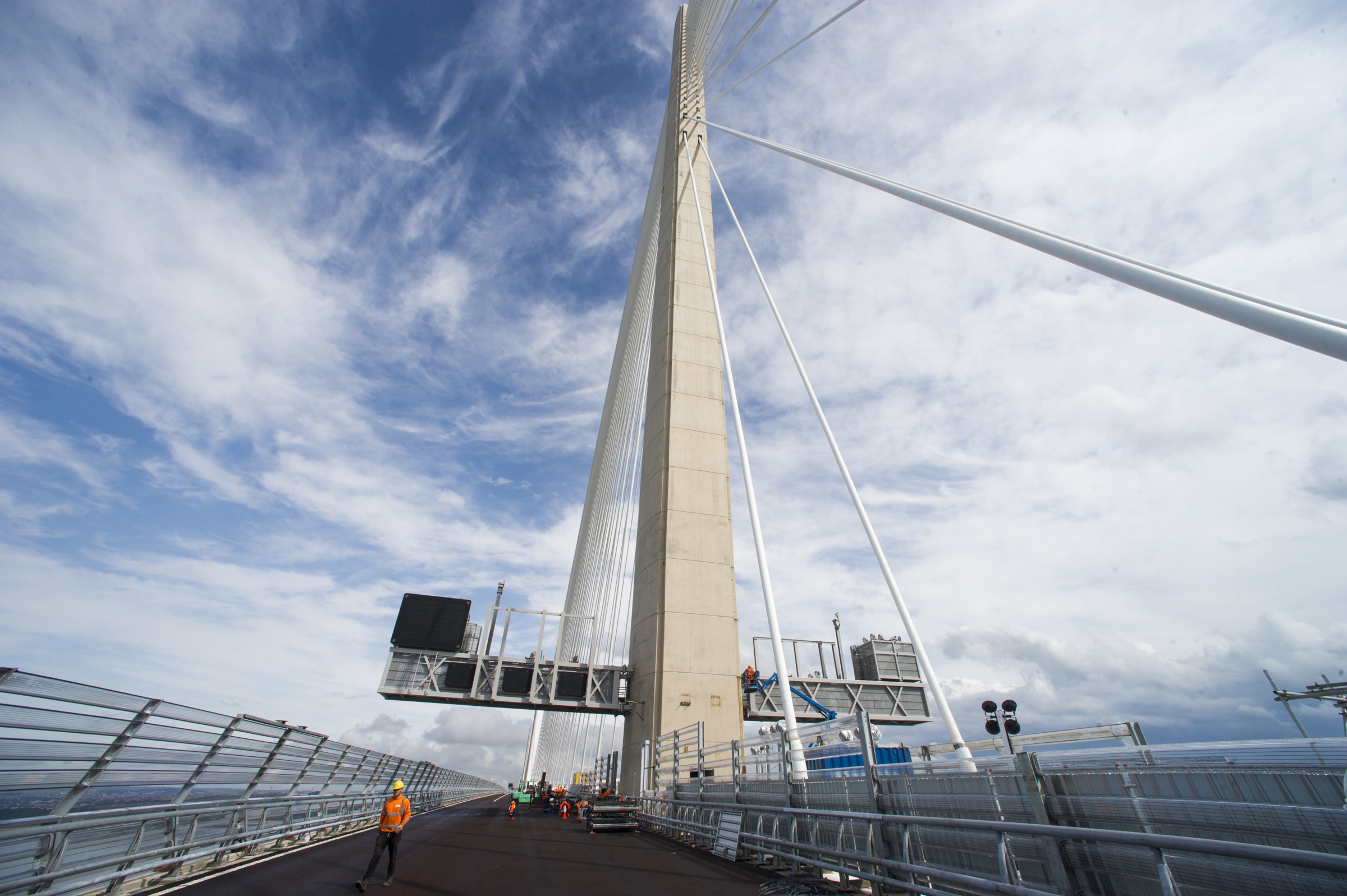 As explained when the Queensferry Crossing was officially opened in early September, the speed limit on all surrounding roads and on the bridge itself was restricted to 40mph until roadworks on connecting routes had been completed. Later this week final works will get underway and drivers are advised to beware of diversions.

Transport Scotland explained that having closely monitored the new bridge since traffic started using it, the contractors have identified snagging works which require the lifting of the surfacing around the bridge expansion joints.

The works will allow the bridge to achieve its next key milestone – opening at a 70 mph speed limit – as planned by the end of December 2017, all subject to weather conditions.

The five day programme of works is weather sensitive so it could result in works being rescheduled if the weather turns.  Transport Scotland stated that any changes to the programme of works will be publicised as soon as possible to keep road users informed.

The snagging works on the Queensferry Crossing are planned to commence at 22:00 hours on Thursday November 30 and finish by 06:00 on Wednesday December 6, 2017.

Transport Minister Humza Yousaf said: “Successfully completing this snagging work will allow the Queensferry Crossing to reach its next major milestone and operate at a 70 mph speed limit by the end of December.

“Snagging issues are normal with any major infrastructure project on this scale and complexity. Having closely monitored the bridge since its opening our contractors have informed us that this work is required around the bridge’s expansion joints prior to moving to a 70 mph speed limit.

“The benefit of the gradual move to motorway status for the Queensferry Crossing is that it allows these essential works to happen with the least amount of disruption possible.

“It is important to also note this work is being carried out under the existing contract for the Queensferry Crossing and is therefore at no additional cost to the public purse.

“I would like to thank travelling public for their patience while the complex process of switchover is ongoing and in particular during these upcoming works. Utilising the FRB will provide Amey, the Forth Bridges Operating Company with an opportunity for live testing on the emergency crossover points ahead of any requirement to use them in future.”

Christine Jardine MP said : “This is an outrage. My constituents and the communities who are dependent on the bridge have been extraordinarily patient, while they have been consistently messed around. Now this.

“Why were we allowed to believe the bridge was finished when it is now abundantly clear that is not the case?

“Serious questions need to be asked about how this has been handled myself and my colleague Mr Alex Cole-Hamilton MSP, Cllr Kevin Lang and Cllr Louise Young will be holding them to account on behalf of our communities.”