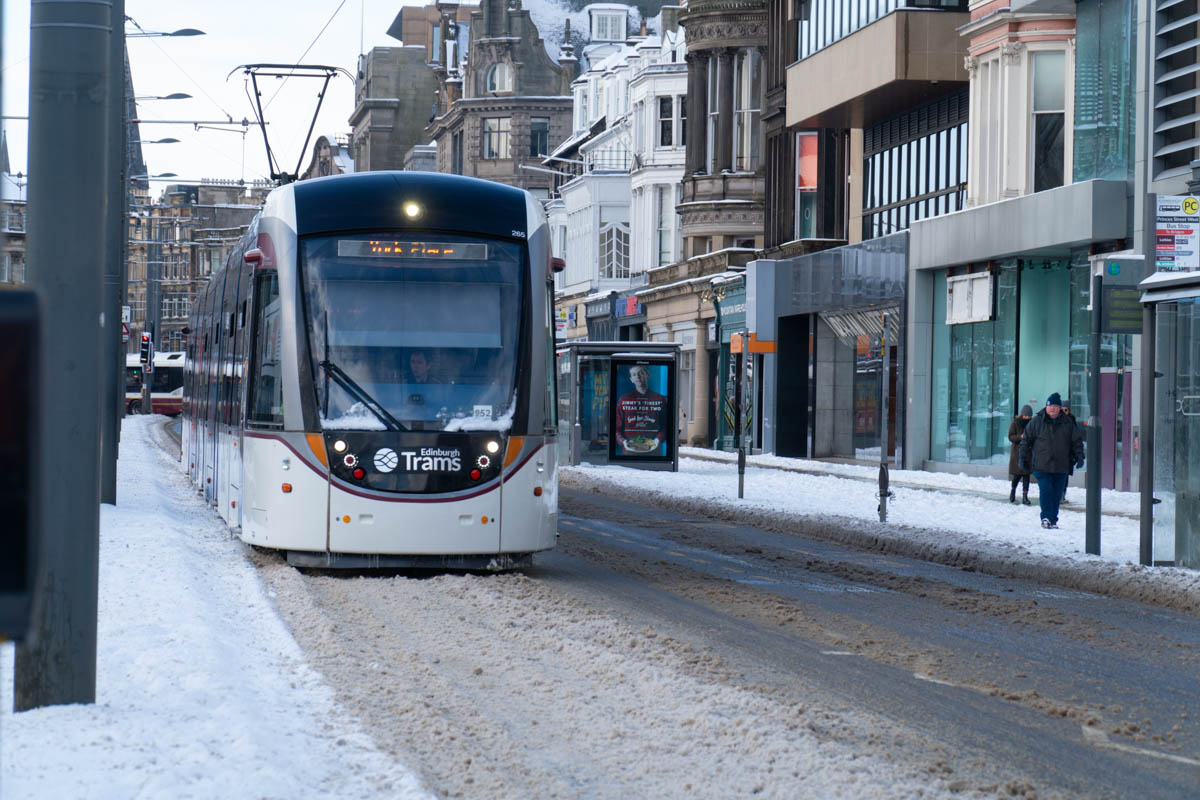 The City of Edinburgh Council is considering another extension to the capital’s tram network with a north/south line, running from Granton Harbour and down to either Roseburn or Shandwick Place, on the existing central tram line.

The line will then follow the existing city centre track, before turning south east down to the Royal Infirmary and Bioquarter.

There are also plans for a mass transit network, including trams, to be extended west from the airport and into West Lothian, hall as set out in the

An implementation timetable, published as part of the City Mobility Plan, indicates the council plans on having a complete business case for the next tram extension by 2023, with a final business case set to be completed in 2025.

Subject to approval, the council aims to have the north/south tram line, and a westward expansion, completed by 2030.

Transport Convener, Cllr Lesley Macinnes, said: “We recognise the fact that there’s an enormous requirement for a north/south line.

“We also recognise there’s a demand out west, partly to pick up cross-border traffic from West Lothian.

“We’re looking at that regional aspect, to pick up some of the car commuting – so the west of Edinburgh is going to be quite important in that, and obviously the north/south line to service the Royal Infirmary and the Bio Quarter and going on into Midlothian.

“That is subject to all sorts of discussions but that’s certainly the expectation.

“If you look at The Scottish Government’s Strategic Transport Projects Review (STPR2) report that has just come out – they are very keen on the idea of the expansion of rapid mass transit, they’re looking at it in both Glasgow and Edinburgh, quoted in that report, and so we know there is strong support for that coming from Scottish Government.”

“It has the power to catalyse regeneration and unlock housing development and employment opportunities.

“It also helps to reduce air pollution by providing efficient, sustainable transport while opening up people-friendly transport links for individuals and communities from all walks of life.

“Our existing tram line is an example of a mass rapid transit system which materially enhances public transport connectivity between the city centre and the airport.

“It has a capacity of 250 people per tram, equivalent to three double decker buses.

“Construction on the tram’s extension to Newhaven is now underway and will be operational by spring 2023.

“Increasing mass rapid transit is critical if we are to meet the needs of our growing city in a sustainable way.”

As well as the tram there is also mention in the STPR2 of reviving the South Suburban Railway for commuter traffic.

Councillors will consider adopting the City Mobility Plan at the next meeting of the Transport and Environment Committee on 19 February 2021.