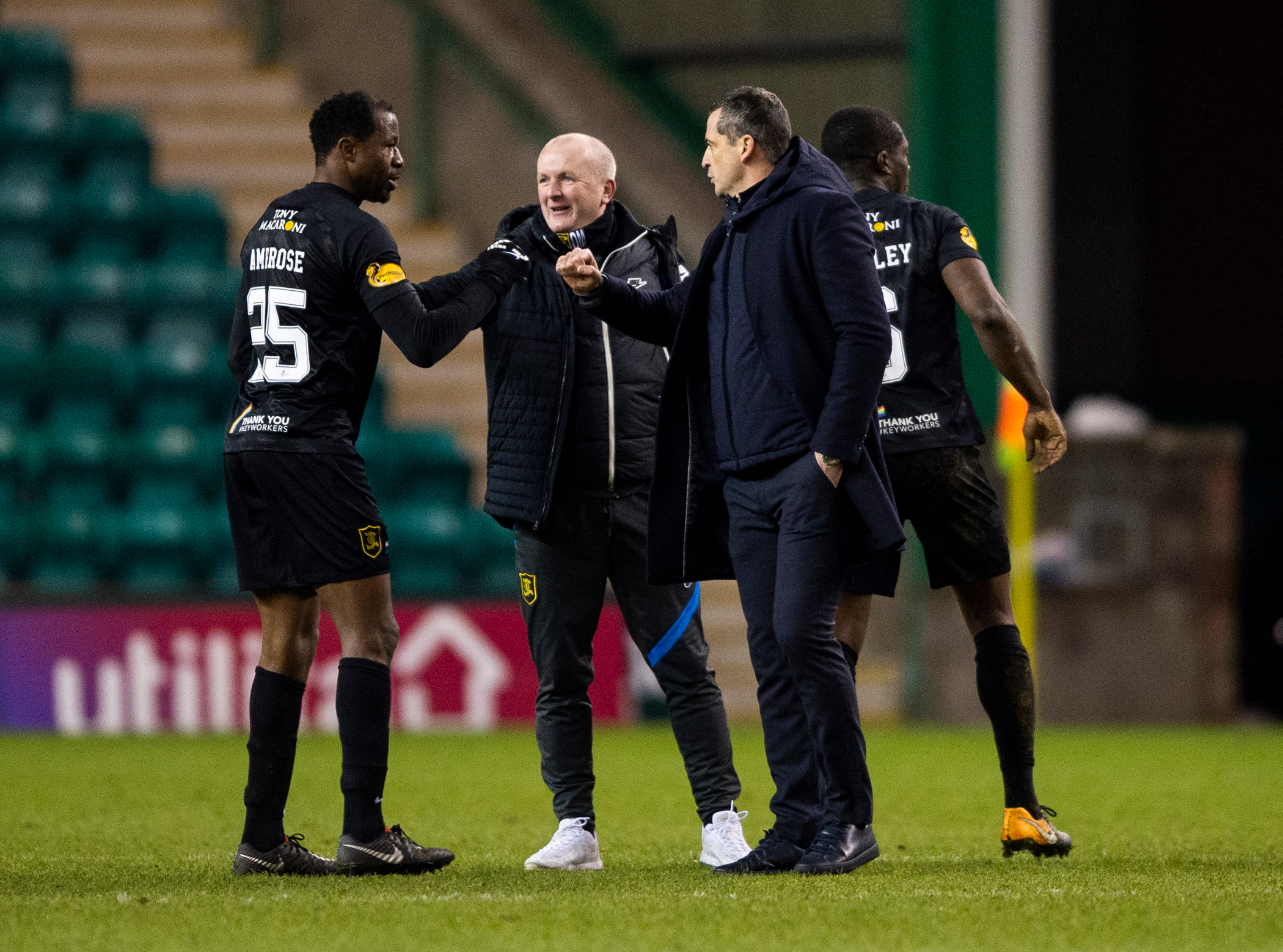 Hibs’ Head Coach Jack Ross described yesterday’s defeat to Livingston as the ‘perfect storm’ with the players not defending well or creating enough chances to win the game.

The Lions won comfortably and according to Ross it was probably their worst performance of the season.

He believes that it’s now up to the players to step up and make this a memorable season with a Betfred League Cup semi-final to look forward to as well as a high finish in the table.

After the final whistle Ross told Hibs TV: “We didn’t defend well enough and we didn’t create near enough to win games.

“That perfect storm, all the things we need to do within games to win matches, we didn’t get near doing any of them well enough.

“It’s a really disappointing afternoon for us in terms of level of performance.

“The result will say whether it’s a good or bad afternoon. It was a bad afternoon in terms of the result but the performance was probably the worst of the season.

“I said to the players that I view the job that if they do well and are winning games it’s all about them but if they lose matches it me. I don’t mind that. I’ve been doing this job long enough to be comfortable with it.

“It’s my responsibility to make us better. You need to be to win games and that was what we’ve had for the majority of the season but we have not defended well enough in this stadium. Our defensive record away from home is very good.

“Our defensive record at home is nowhere near the level where it needs to be at.

“That’s a collective for us and that includes all the players who are on the pitch and the staff.

“It’s a sore reminder for us today that we need to do the basic parts of the game a lot better than we did this afternoon.

“We’ve got a big month ahead, not just league games but the cup-semi final as well and we set out clearly at the start of the season, and we all bought into it and this is a moment for us again to choose what path we want to go on.

“Do we want to achieve something and make it a special season?

“That will allow the players and staff to pause and look at things again and make sure we are on the right one.”