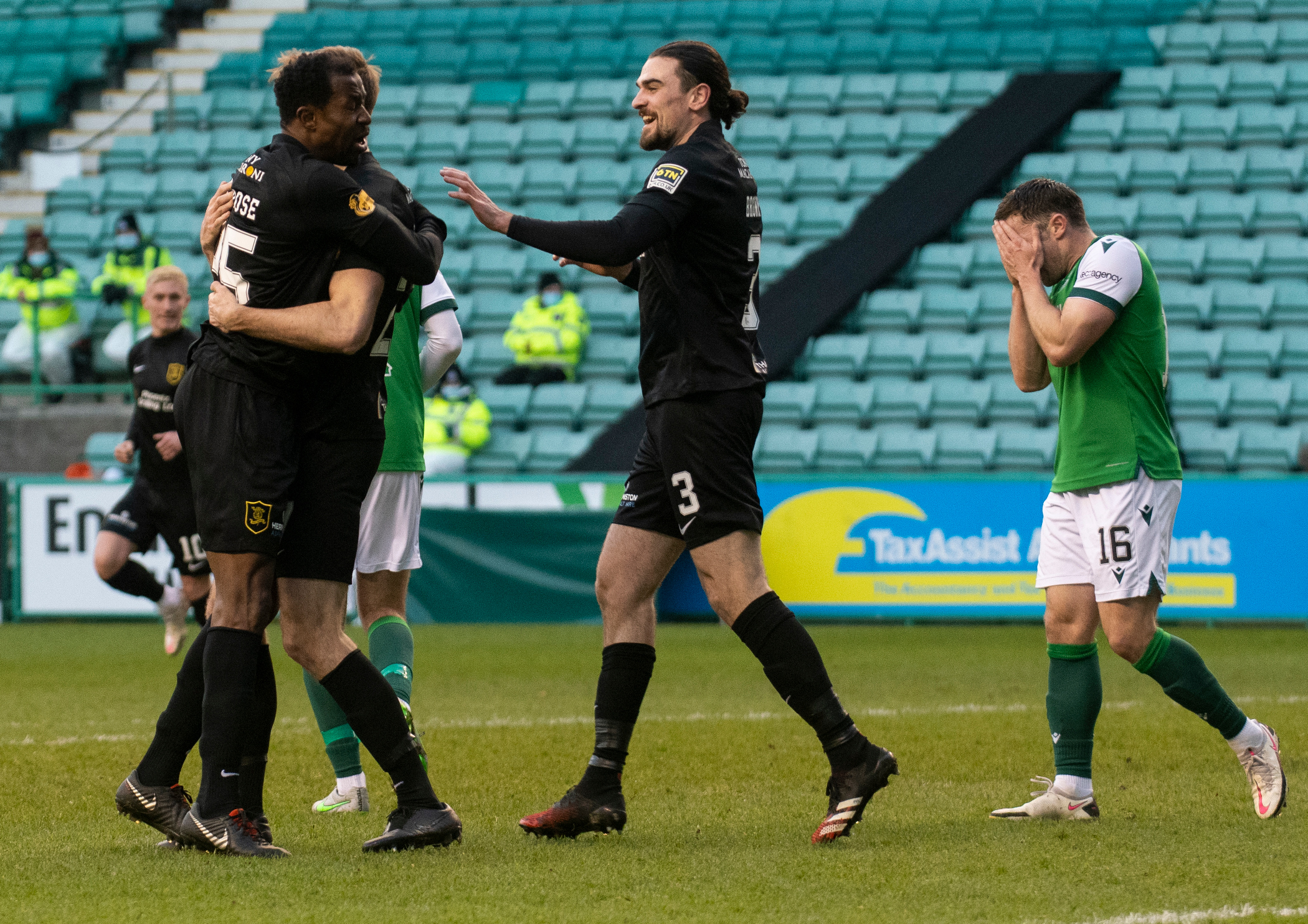 Ofir Marciano had been selected however suffered an injury during the warm up and Dillon Barnes retained his place.

There were a couple of familiar faces in the visitor’s starting line-up, defender Efe Ambrose and midfielder Marvin Bartley, both of whom enjoyed successful spells with Hibs.

Livingston started on the front foot and former Hears’ midfielder Scott Robinson was shown a yellow card in the 6th minute for a blatant dive inside the area in an attempt to win a penalty.

Moments later the Lions took the lead when Bartley won a header on the half-way line. The ball fell to Robinson who flicked it into he path of Josh Mullin who fired a powerful low strike into the bottom corner of the net from the edge of the area.

Livingston doubled their advantage in the 15th minute when Barnes punched a corner which deflected into the path of Jon Guthrie who hammered the ball high into the net from close range.

Mullin then went close with another effort from just outside the area as the visitors continued to dominate possession.

Hibs should have had a penalty when Kevin Nisbet bundled over Kevin Nisbet inside the box but the referee waved away the appeals.

In the 30th minute, a long ball from Paul Hanlon was won by Christian Doidge who cushioned his header but Ambrose was on hand to clear the danger.

Moments later a mishit clearance from Max Stryjec found Doidge but he was outmuscled by Guthrie as he attempted to press forward.

There was poor defending at the other end in the next passage of play and a clearance from Paul McGinn deflected into the path of Mullin but Barnes produced a superb save to deny the striker his second goal of the day.

A superb pass from Ryan Porteous found McGinn in plenty room on the right wing but Stryjec did well to smother his low cross.

Hibs had two corners just before the break but the Lions’ defenders stood firm. In the last action a Mallan cross was punched clear but Joe Newell’s half-volley flew well wide.

The visitors started the second-half on the front foot and Craig Sibbald fired over from long range then in the 47th minute they wrapped things up with a third goal.

There looked to be no danger when a long ball was floated into the Hibs’ half but it was misjudged by Porteous and Hanlon allowing Robinson to get in between them and slide the ball past Barnes.

Jamie Murphy replaced Gogic as Jack Ross looked to freshen things up but it was Livingston who continued to look the more dangerous going forward.

Jason Holt did well to fashion a shooting opportunity but Barnes saved his effort.

In the 66th minute Ross made a double substitution with Stevenson replacing Doig and Jamie Gullan taking over from Christian Doidge.

David Martindale’s side continued to attack on the break and substitute Julien Serrano fired just over the bar from an acute angle.

Gullan picked up an knock and was replaced by Wright in the dying minutes then in tile added on Mallan sent a superb free-kick into the area which allowed Porteous a free header but it flew agonisingly wide.

Hibs now have nine days off before a visit to Parkhead.