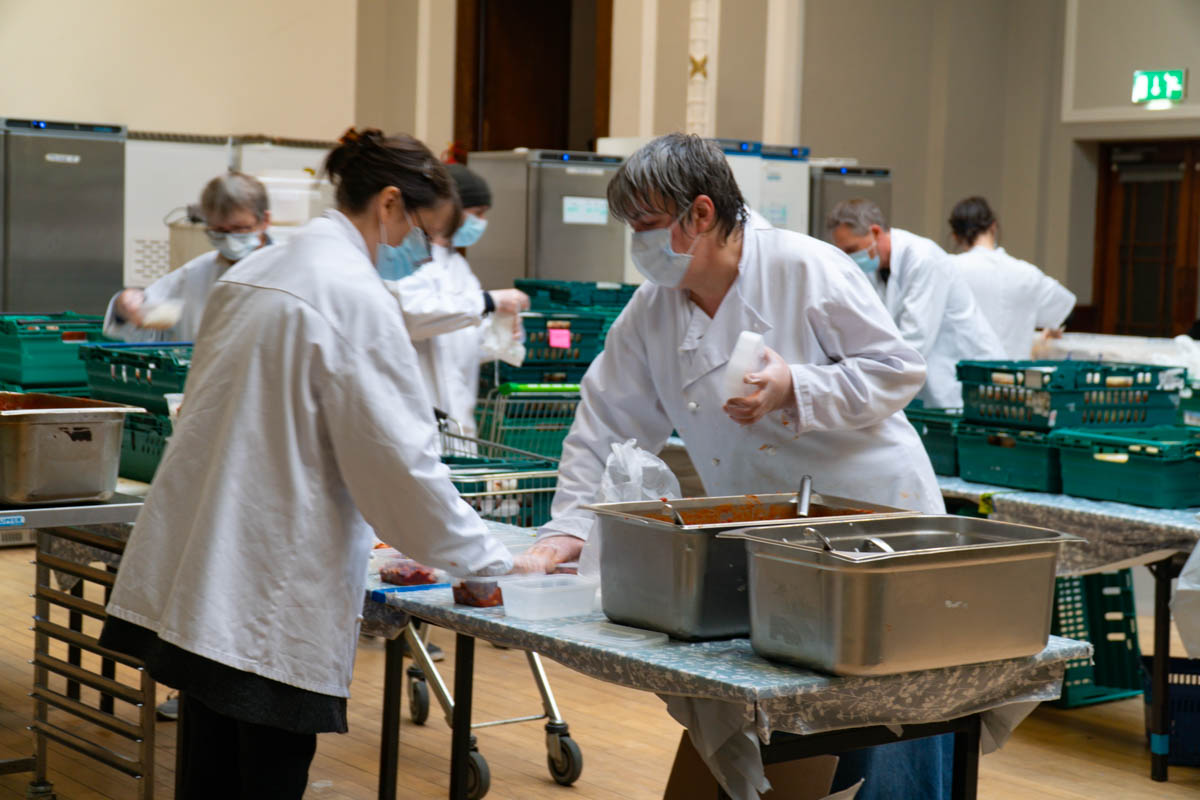 The council agreed to lease premises at 3-11 West Granton Road to one of the four parties who had bid for it.

There were key differences between all four bids, and these were thrashed out at some length by the Finance & Resources Committee members on Thursday, including a fifteen minute break for off camera discussion.

The council will now lease the building to Empty Kitchens, Full Hearts (EKFH) for a peppercorn rent of £1 for 3 to 5 years, subject to some further due diligence by the council.

In moving the recommendation to lease the premises to the food poverty body, Lib Dem councillor Neil Ross said that he commended EKFH for their work in tackling both food poverty and food waste. He said: “They make a big difference and help us respond to the recommendations of the Poverty Commission.They could be homeless in the next month or two and will benefit from the stability of a longer term base. I understand that they have now achieved around 55% of the funding needed for this year.”

Lewis Maclachlan is a professional chef founded the organisation. Mr Maclachlan said: “I am utterly delighted that the committee recognised the value of our operation to Edinburgh beyond the obvious bottom line.

“May this be the start of an open and mutually beneficial relationship between the council, Empty Kitchens, Full Hearts and the citizens that both of us serve.

“The road to ending destitution in our city is a long one but this is a great step forward.”

EKFH will have some work to do to the building to make it perfect for their organisation and the council officer confirmed they knew exactly what they had to do to make it suitable. When The Edinburgh Reporter asked Mr Maclachlan what help they might need in connection with the move he said: “We’ll need painters, joiners, gas and electrical engineers, plumbers, roofers and a lot of coffee.”

The matter proceeded by consensus after the coalition did an about turn on its first choice, Liminal Space.

The council officers confirmed that they would where possible try to help the unsuccessful parties in finding alternative premises from the council’s list to meet their needs.

The four parties were Liminal Space, a community arts space organisation who offered to pay rent of £31,000 for a 20 year lease; Scottish Turkey Solidarity Foundation who offered £5,000 per annum for a 30 year lease to establish a food bank and soup kitchen Al Huda Trust Edinburgh who wanted to purchase the building for religious education purposes.

EKFH asked for a 3 to 5 year lease of the building in return for a peppercorn rent of £1 per annum. The body which is a limited company, distribute over 1,000 day packs each day seven days a week from the Thomas Morton Hall at Leith Theatre. They anticipate a projected demand of 2 million meals in 2021.

The council own Thomas Morton Hall but this is currently leased to Leith Theatre Trust along with the theatre. While Leith Theatre Trust has begun crowdfunding there is a clear impact from the pandemic on those efforts. The committee heard that the lease is about to expire but it could run on for another year on the basis of tacit relocation – a legal term which would allow both parties to continue their agreement for a year without the need for any new legal documentation.