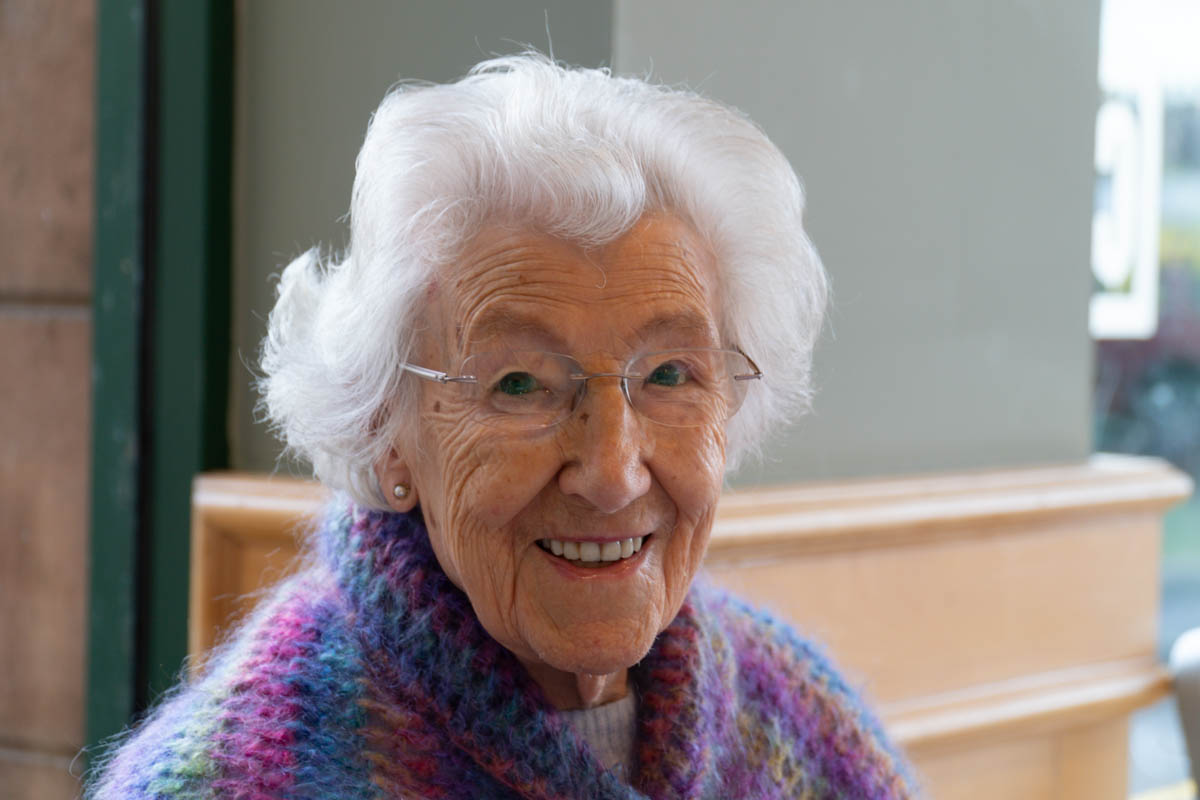 Margaret Anderson did not let Covid-19 get in the way of her birthday celebrations this December. Her birthday party last year to mark her 100th birthday had to be cancelled due to ill health, but today she was the star guest at a wee get together for her and her friends.

It was a milestone event, as Margaret celebrated her 101st birthday today along with her daughter and some of her many friends, all courtesy of the Morrisons store on Portobello Road. Last year she was taken to hospital around the time of her birthday, and was gravely ill and it took six weeks for her to recover and come home again. She said at the time that she was keeping going as there was a new baby due in the family, and she was as good as her word.

Morrisons Community Champion, Gillian Lawson, secretly arranged the surprise afternoon tea with Margaret’s daughter, Glenda Campbell. The store laid on a full tea with sandwiches, savouries and cakes. Then the café team rolled out not one, but two, birthday cakes so that Margaret had one to take back to the sheltered housing complex where she now lives. And finally there was a bouquet of flowers for the birthday girl presented by Customer Service Manager, Abbie.

Margaret lives independently, is a regular shopper in Morrisons and does quite a lot else according to daughter Glenda. As well as being a member of a book club, she is a member of the craft club which she started up at her church where she is also an elder. She bakes loaves of bread for Cyrenians and she helps out at a food bank.

It is clear that she has had a busy life. As well as bringing up a family, she was manageress of a cash and carry next to Holyrood Park, and then worked for the council. When she retired from working in the Registry at the Valuers and Assessors’ department at the City Chambers, she felt she could not just stay at home. She said: “A friend suggested that I go and clean for a friend of hers. I went out cleaning until I was 83!”

Her secret? She no longer drinks or smokes, although she once did, and she is just very grateful for her ‘good family’. She said: “I just count my blessings every night, and I’m thankful for what I’ve got.”

A very Happy Birthday to you Margaret.