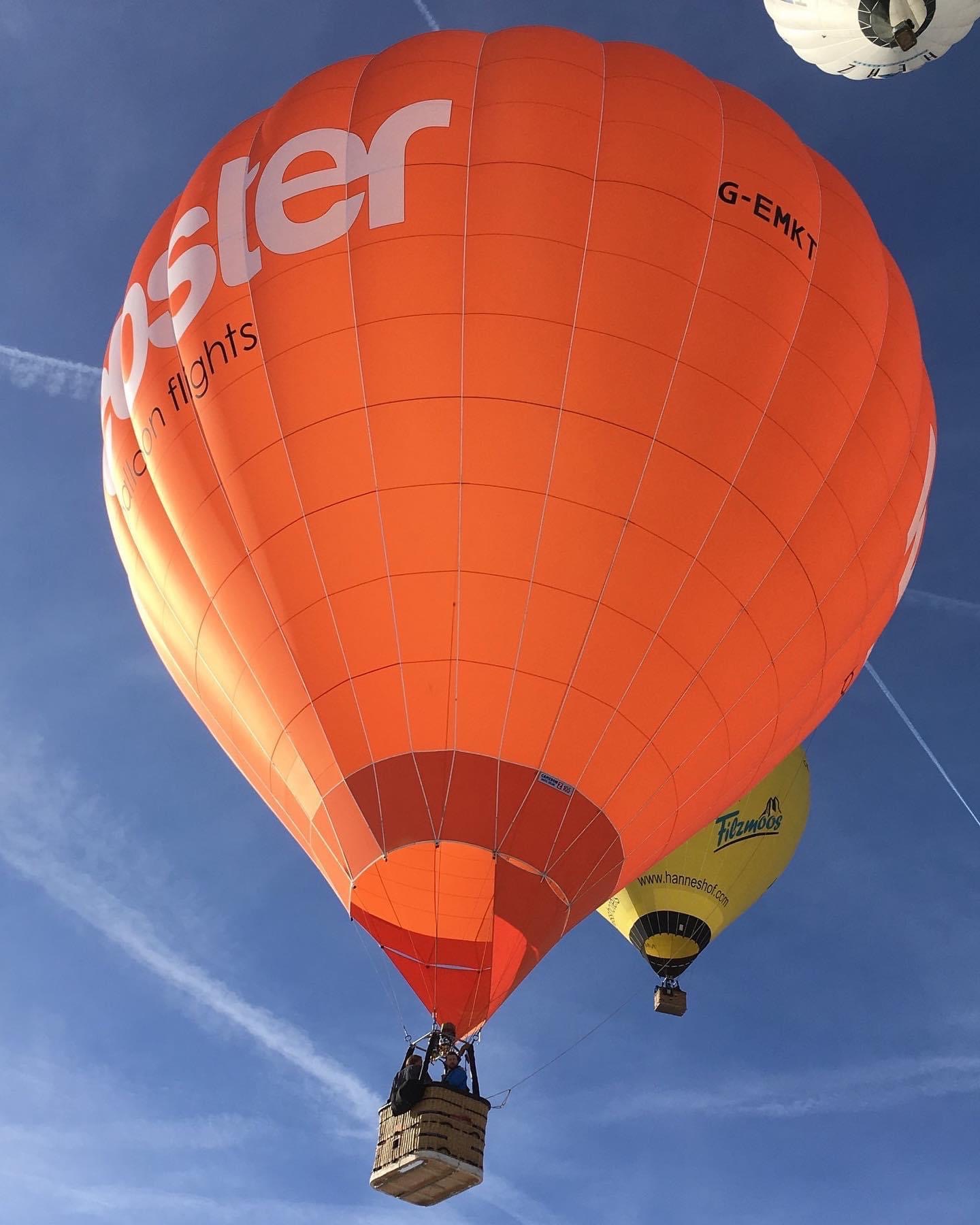 With hopes that Kinross based Webster Adventures may be able to start flying again in Spring 2021, after its year-long enforced Covid-19 break, its high flying balloon pilot, Pete Forster, has revealed details of his flight routine. One of the leading commercial operators in Scottish leisure ballooning, Webster Adventures holds two world records for its ballooning prowess.

Pete, who has chalked up an impressive tally of more than 15,000 balloon passengers over his twenty eight years of flying, has been the Webster Adventures pilot since 2018.

“The typical flying season is mid March to October, so unfortunately earlier in the year, the season had only just started when we had to stop due to the pandemic,” he said. “During these months though, I tend to be regularly looking at multiple sources of weather forecasts for up to three or more days ahead to spot possible flying conditions to give company owner Daniel Webster, who likes to crew the balloon, a heads-up to get customers booked in, or on standby for those possibilities.”

During the season, Pete explained that Webster Adventures usually flies early morning, or around dusk if the weather and wind conditions allow.

“During the day, the air becomes thermic and gusty which is dangerous for balloons,” said Pete, “as we would get turbulence and loss of vertical control. So mid-summer, we might be meeting at around 6am and 7pm onsite. As the daylight hours shorten, the morning meet time becomes later and the evening time earlier. I typically collect the balloon from its storage yard. If it’s another crew and not Daniel himself, we tend to meet them onsite where the passengers also meet us.”

The Webster Adventures balloon usually takes off from its primary launch site which is adjacent to the Golf Club carpark in Kinross.

“We have a couple of alternative launch sites, at Bridge of Earn and Portmoak, to accommodate wind directions and speeds that the Kinross site would be unsuitable for,” said Pete, explaining that balloons fly in the direction that the wind takes them and can’t be directly steered otherwise. “So it’s not possible to plan a flight track other than where the wind will take us from a given launch site,” he said. “There can be some variations in wind speed and directions at varying heights which I can put to good use. The forecasts typically give us an advance idea of what to expect aloft but the actual winds can often be quite different because of the local effects of topography.”

The balloon is then offloaded from the trailer and part assembled for inflation. “Passengers often like to participate in this,” said Pete. “It’s a good time to give a safety briefing which takes a couple of minutes, explaining the next stages, how and when to get into the basket, what they can hold onto, and what not, and most importantly how to position and prepare themselves for the landing which can vary from a light bump to a more exciting one depending on the wind conditions at the time!”

The basket is then tipped over, the balloon envelope connected, and the balloon hauled out of its bag and then stretched out.

“Once again we can involve the passengers if they wish, by asking them to hold the mouth of the balloon open so the petrol driven fan can fill it up with cold air,” added Pete. “This takes about ten minutes. It then takes me about another two minutes to heat up the air with the burners such that the balloon rises upright, dragging the basket upright too so as the passengers can then get aboard. After doing pre-flight checks and some further heating of the air in the balloon, we are able to take off.”

During the flight, Pete points out landmarks and features, and explains his thinking about how we can use the available winds to take us on a good journey. Sometimes, he says that it’s best to just be quiet to allow the passengers to relish the tranquillity of the experience.

“I then explain where I’m hoping to land, get the passengers into their pre-briefed landing positions and talk them through it until we’ve come to a safe rest as this is the part of the experience when physical safety and wellbeing is most paramount. Occasionally, I then get applause – which is wonderful and most welcome!”

The experience ends with the crew and driver finding the landowner to notify them of the balloon’s landing,  providing them with a thank you gift for use of the land, and typically requesting permission to drive onto the landing field to recover the balloon.

“This takes maybe twenty minutes or so to repack the balloon and load it into the trailer if everyone helps out,” said Pete. “We then return back to the meeting point with the passengers in the Landrover (which tows the balloon trailer) unless they have brought along their own followers to take them directly home from the landing site. The balloon then needs to be refuelled before I’ve finished my stint and head home, exhausted but happy!”

“The same process can start all over again the next day, at the height of the season, depending on whether it’s a morning or evening flight.”

Webster Adventures can be booked direct at www.websteradventures.com.

Gift vouchers for a Christmas Gift with a difference can be purchased online. Prices are from £149 per person for a weekday anytime flight lasting around an hour and covering 10-15 miles. 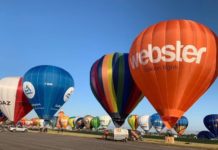 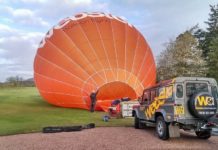 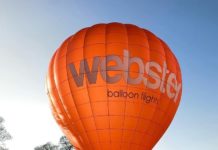 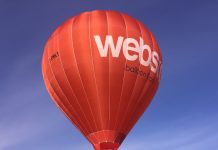 Serial entrepreneur watches his business go up up and away!

Have yourself a Crafty Little Christmas