·       Douglas Stuart is the second Scot to win the prize, following James Kelman in 1994

Douglas Stuart’s Shuggie Bain is tonight named winner of the 2020 Booker Prize for Fiction as the culmination of a star-studded ‘ceremony without walls’ from London’s Roundhouse.

Shuggie Bain is Stuart’s first novel. Based on his own childhood, it is a searing account of a young boy growing up in Thatcher’s Glasgow of the 1980s, with a mother who is battling addiction. Stuart, 44, dedicated the book to his own mother, who died of alcoholism when he was 16. After graduating from the Royal College of Art, he moved to New York to start a career in fashion design, working for brands including Calvin Klein, Ralph Lauren and Gap. He started writing in his spare time a decade ago. His work has since appeared in LitHub and in The New Yorker, which has published two of his short stories this year.

Stuart said in an interview for The Booker Prize website that the 1994 Booker winner How Late It Was, How Late by James Kelman changed his life because it was one of the first times he had seen his people and dialect on the page. He is currently finishing his second novel, Loch Awe, also set in Glasgow.

Margaret Busby, 2020 chair of judges, editor, literary critic and former publisher, commented: “Shuggie Bain is destined to be a classic — a moving, immersive and nuanced portrait of a tight-knit social world, its people and its values. The heart-wrenching story tells of the unconditional love between Agnes Bain — set on a descent into alcoholism by the tough circumstances life has dealt her — and her youngest son.

“Shuggie struggles with responsibilities beyond his years to save his mother from herself, at the same time as dealing with burgeoning feelings and questions about his own otherness. Gracefully and powerfully written, this is a novel that has impact because of its many emotional registers and its compassionately realised characters. The poetry in Douglas Stuart’s descriptions and the precision of his observations stand out: nothing is wasted.”

‘Shuggie Bain can make you cry and make you laugh — a daring, frightening and life-changing novel.’

The Times said that Stuart had ‘taken the trauma and turmoil of his early years and turned it into a heart-breaking novel, a book both beautiful and brutal’. The Telegraph described it as a ‘transcendent portrait of alcoholism, poverty and desperate filial love in 1980s Glasgow’ and that ‘in a just world, it would win [The Booker Prize].’

In an interview with The New York Times, which has described Shuggie Bain as ‘this year’s breakout debut’, Stuart said that 30 editors passed on the book before it was published. It is published in the UK by Picador, Pan Macmillan. This week, The Bookseller reported it to be the bestselling title of the six shortlisted books, and it was chosen as Waterstones Scottish Book of the Year before winning The Booker Prize.

Margaret Busby announced Douglas Stuart’s win at the innovative ceremony, which was broadcast globally from the Roundhouse.

Stuart appeared via a screen to be awarded the £50,000 prize and deliver his acceptance speech. He receives a trophy, a designer-bound edition of his book and a further £2,500 for being shortlisted.

HRH The Duchess of Cornwall said in her speech: “While Covid deprived us of so many cultural pleasures − live music, theatre, cinema, art galleries, even being together in the flesh this evening − we have, at least, been able to read. And as long as we can read, we can travel, we can escape, we can explore, we can laugh, we can cry and we can grapple with life’s mysteries … For all these reasons, this year’s Booker Prize is even more important than usual … it celebrates wonderful writers who share their gifts to strengthen, provoke, move and comfort their readers.’”

President Obama reflected in his speech: “I’ve always turned to writing to make sense of our world … And at their best Booker Prize-listed books remind me of fiction’s power to put ourselves in someone else’s shoes, understand their struggles, and imagine new ways to tackle complex problems and effect change. I want to salute the work of the Booker Prize Foundation to encourage people to read more fiction and promote the art of reading for the public benefit.”

An extract from Shuggie Bain was read by Scottish actor Stuart Campbell in a performance directed by The Old Vic Baylis director Katy Rudd. There were also readings from Anne-Marie Duff, Thandie Newton, Ayesha Dharker, Nina Sosanya, and Paapa Essiedu, and a live performance from the Chineke! Chamber Ensemble.

The winner of the 2020 Booker Prize was chosen from 162 submissions. The 2020 shortlisted titles were: 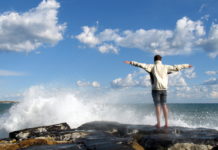 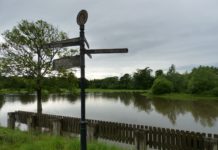