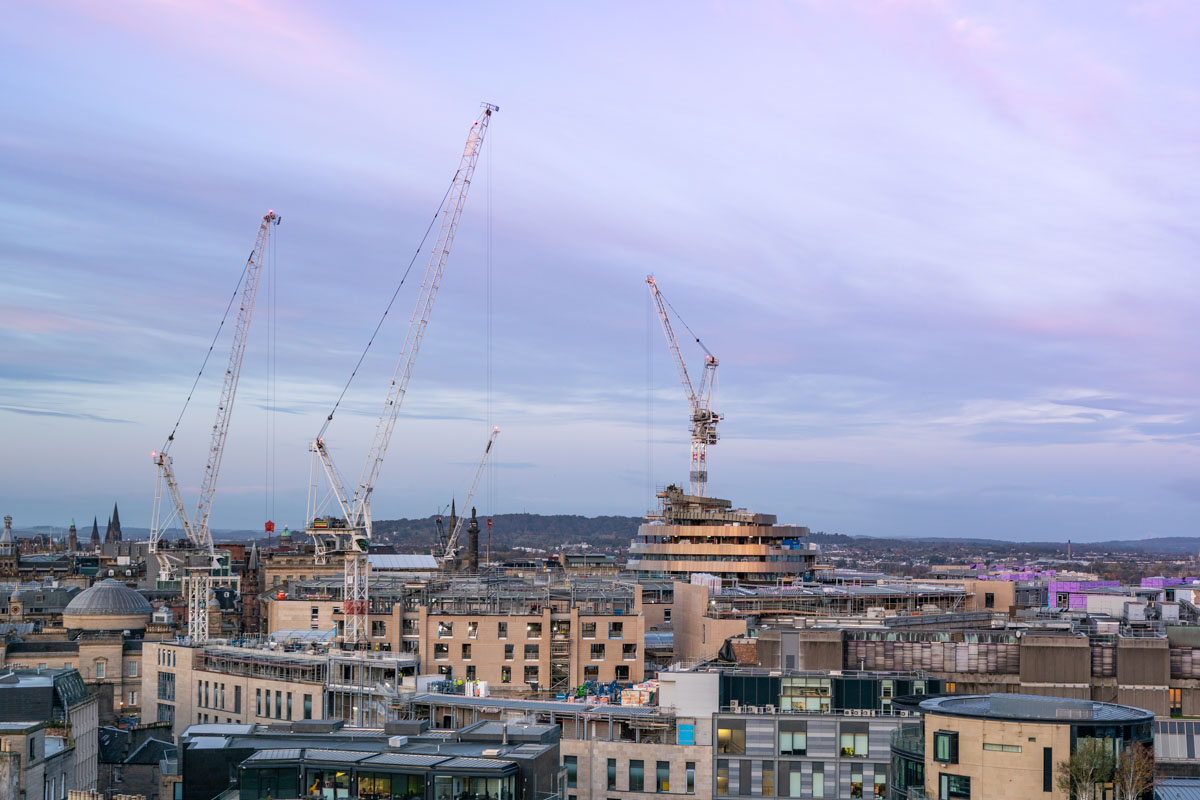 As I write, the swings and roundabouts of the American electoral system are slowly working out whether Donald Trump should continue to live in The White House or whether he should spend more time practising his swing at his two golf resorts in Scotland.

Are we interested in the outcome? You bet we are. The Scots had a hand in founding the United States and we continue to be beguiled and surprised by the behaviour of our offspring.  We proudly claim that of the 45 American presidents so far, 35 of them have Scots or Irish-Scots heritage. Donald Trump’s mother Mary Anne MacLeod was born in the Western Isles.

That doesn’t mean President Trump is popular here.  One opinion poll found that only a quarter of British citizens would vote for Donald Trump. Not one Scottish constituency gave him more than 30 per cent support. Even in Ayrshire where Trump owns the world famous Turnberry Golf Club, his support only reached 21 per cent. It was the same story in Aberdeenshire where he built a controversial golf resort on the Menie Estate.

The Scotsman newspaper, in one of its editorials this week called Trump “no true Republican. Instead he is a racist, sexist, serial liar who poses a clear and present danger to democracy.”

Our First Minister, Nicola Sturgeon, could hardly contain her contempt for the man. While not wishing to interfere in another country’s affairs, she said she watched Donald Trump’s post-election speech from The White House with “a sense of discomfort and foreboding.”  She criticised him for suggesting that vote counting should stop. And she went on to say “We want to see the world’s biggest democracy taking a responsible leadership role.” (actually the biggest democracy is India, but no matter Ed.)

She was clearly thinking of issues like the Covid pandemic, climate change, world trade and peace-making. And in a wider sense, we have been watching how Trumpism has lead us all down the road of populist, crowd-pleasing, cavalier politics and wondering whether it is a temporary aberration or whether it is here to stay.

Brexit, of course, is an example of it, and so too is Boris Johnson’s handling of the coronavirus crisis. This week the UK Government rather forgot about Scotland, and Wales and Northern Ireland, when it announced an extension of the furlough job support scheme till 2 December, to coincide with the proposed ending of the national lockdown in England.  On Thursday, the Chancellor had to perform a quick s-turn, not only to extend the furlough scheme to any similar lockdowns in the devolved nations but also to extend it for everyone till March next year.

Not only that, but he conjured up more money for self-employed workers and business support, Covid testing and tracing and rising hospital costs.  Spending on the last two items in England will also mean £1bn more for similar spending in Scotland.  This microscopic virus is costing a telescopic sum of money.

It is also costing a lot of lives. On Wednesday 50 deaths were recorded in Scotland, the highest daily figure since May.  And that was before the National Records Office published its weekly figure of the overall Covid-related death toll which on Sunday stood at 4,649.  It has led to the opposition parties asking questions in parliament about the ability of the hospitals to cope and how quickly the “test and protect” system can be stepped up.

Ms Sturgeon told MSPs she was confident the new tiered system of regional restrictions – introduced this week – would bring the virus back under control without closing down the whole economy. The re-infection or R rate was coming down, she said, and was now “hovering” around 1.

We are mourning two non-Covid deaths this week. The actor and comedian John Sessions has died at the age of 67, well known for his television drama work and his appearances on satirical shows such as “Have I Got News For You” and “Spitting Image”.

And, perhaps the most widely known Scot of all times, Sir Sean Connery, has died at the age of 90.  The publisher Gordon Wright has been telling us how he recruited Sir Sean into the SNP in 1992.  He gave him the next number in the local party’s register which happened be, of course, 007.

Finally, with Halloween and Firework Night over, the next red letter day is Remembrance Sunday.  This year it takes a strange and eerie form…no parades, no large-scale church services or wreath laying ceremonies. Old people will have their memories and there will be lonely bugles calling from sad shires. Who can defend us from war and pestilence ? Not Prime Ministers or Presidents but just we the people.

Letter to the Editor – the conundrum of coronavirus rules