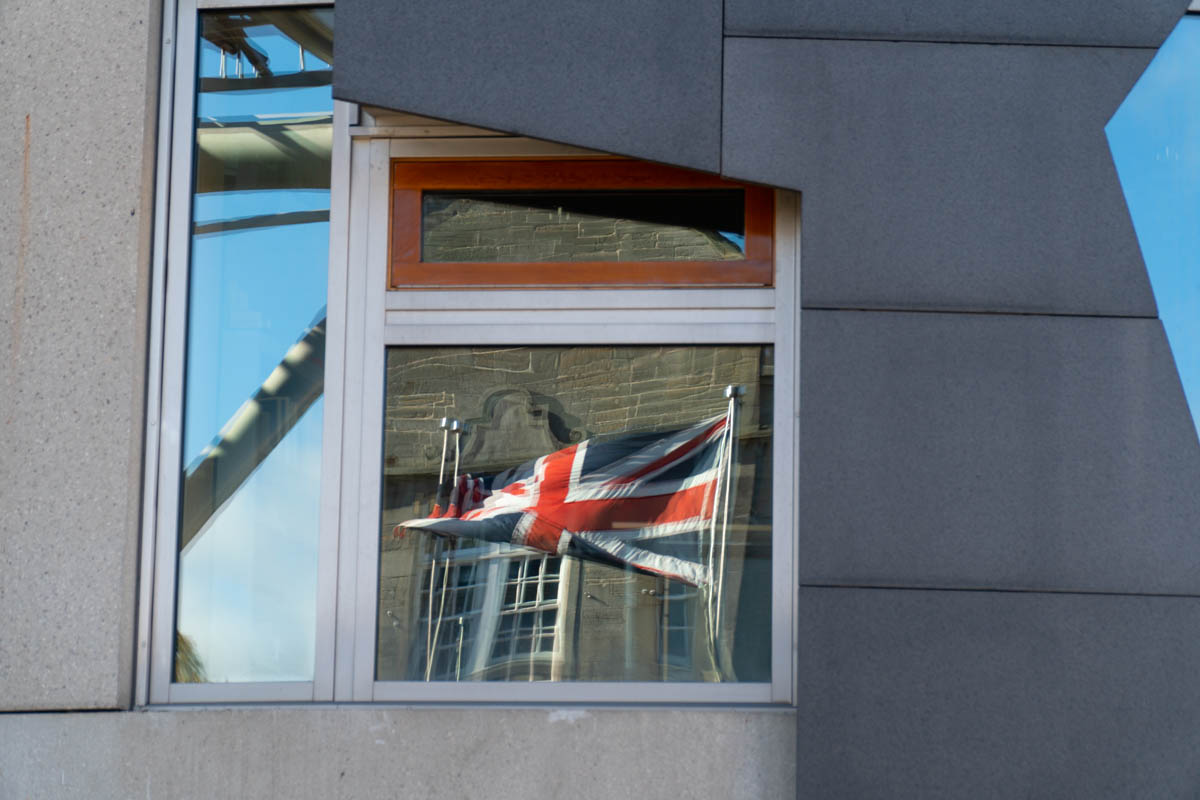 Earlier today the Chancellor, Rishi Sunak, announced to Westminster that the furlough scheme will continue until March 2021. His full statement is copied below.

In his statement he referred to the Bank of England’s pronouncements on monetary policy decisions. The bank has ploughed £150bn into the economy today. Mr Sunak said: “Given this significant uncertainty, a worsening economic backdrop, and the need to give people and businesses security through the winter, I believe it is right to go further.

“So we can announce today that the furlough scheme will not be extended for one month – it will be extended until the end of March. The government will continue to help pay people’s wages, up to 80% of the normal amount.

“All employers will have to pay for hours not worked is the cost of Employer NICs and pension contributions.

“We’ll review the policy in January to decide whether economic circumstances are improving enough to ask employers to contribute more.”

Response by the Finance Secretary

“I welcome the Chancellor’s positive, but long overdue, announcement that the Job Retention Scheme will be extended until March 2021. We have repeatedly urged the UK Government to safeguard jobs by guaranteeing that this support will be available for as long as employers need it.

“Months of unnecessary confusion caused by the UK Government means that some employers have already taken the difficult decision to make people redundant because they expected the scheme to be withdrawn.  I welcome the Chancellor’s indication that, as in March, employers may be able to bring back people they have made redundant and include them in the furlough scheme, which could go some way to addressing this.

“I also welcome the extension of the Self-Employment Income Support Scheme for people who are eligible.  However, this scheme remains poorly targeted and offers no relief for people who have become self-employed more recently. I call upon the Chancellor to review the entry criteria, as he now has with the Job Retention Scheme, to open up this support to self-employed people who have so far been excluded.

“The upfront guarantee of further consequential payments to cover the rest of the financial year meets another of our long term requests and will enable us to quickly tackle the impacts of the pandemic in Scotland as they arise. This covers consequentials arising from a number of areas including health.”

“Other issues remain to be resolved, including how funding is provided for demand-led business support, where demand is greater than the Barnett share, but I am pleased that the Chancellor has today listened to and addressed some of our concerns.”

Statement by the UK Chancellor Rishi Sunak on 5 November 2020:

“On Monday, the Prime Minister set out the action we need to take between now and the start of December to control the spread of coronavirus.

In response, we’re providing significant extra support to protect jobs and livelihoods in every region and nation of the United Kingdom:

An extension to the Coronavirus Job Retention Scheme;

More generous support to the self-employed and paying that support more quickly;

Cash grants of up to £3,000 per month for businesses which are closed, worth over £1 billion every month;

£1.6 billion for English councils to support their local economy and local healthcare response;

Longer to apply for our loan schemes and the Future Fund;

The chance to top-up Bounce Back Loans;

And an extension to the mortgage payment holidays.

All on top of more than £200 billion of fiscal support since March.

This statement follows the Bank of England’s monetary policy decisions earlier today, meaning all economic and monetary institutions are playing their part.

As you would expect, the Governor and I are in constant communication as the situation evolves.

Our responses are carefully designed to complement each other and provide certainty and support to people and businesses across the UK. The Bank’s forecasts this morning show economic activity is supported by our substantial fiscal and monetary policy action.

And the IMF just last week described the UK’s economic plan as “aggressive”, “unprecedented”, successful in “holding down” unemployment and business failures and “one of the best examples of coordinated action globally”.

Our highest priority remains the same: to protect jobs and livelihoods.

That’s why we’ve already decided to extend the Job Retention Scheme to December.

But people and businesses will want to know what comes next; how long we plan to keep the scheme open, and on what terms.

The government’s intention is for the new health restrictions to remain only until the start of December.

But, as we saw from the first lockdown, the economic effects are much longer lasting for businesses and areas than the duration of any restrictions.

And as the Bank of England have said this morning, “the economic recovery has slowed”, and the economic risks are “skewed to the downside”.

Given this significant uncertainty, a worsening economic backdrop, and the need to give people and businesses security through the winter, I believe it is right to go further.

So we can announce today that the furlough scheme will not be extended for one month – it will be extended until the end of March. The government will continue to help pay people’s wages, up to 80% of the normal amount.

All employers will have to pay for hours not worked is the cost of Employer NICs and pension contributions.

We’ll review the policy in January to decide whether economic circumstances are improving enough to ask employers to contribute more.

Of course, as the furlough itself is now being extended to the end of March, the original purpose of the Job Retention Bonus to incentivise employers to keep people in work until the end of January – obviously falls away.

Instead, we will redeploy a retention incentive at the appropriate time.

And for self-employed people, I can confirm the next income support grant which covers the period November to January, will now increase to 80% of average profits, up to £7,500.

I also want to reassure the people of Scotland, Wales and Northern Ireland.

That has been the case since March; it is the case now; and will remain the case until next March.

It is a demonstration of the strength of the Union – and an undeniable truth of this crisis – we have only been able to provide this level of economic support because we are a United Kingdom.

And I can announce today that the upfront guaranteed funding for the devolved administrations is increasing from £14 billion to £16 billion. This Treasury is, has been, and will always be, the Treasury for the whole of the United Kingdom.

I know that people watching at home will have been frustrated by the changes the government has brought in during the past few weeks. I have had to make rapid adjustments to our economic plans as the spread of the virus has accelerated.

So I’d like to take this opportunity to explain how and why this has happened.

During the summer, as we began slowly unlocking it was our hope the country would continue to be economically open, albeit with local restrictions being put in place as and when needed.

We knew there would likely be a resurgence in the spread of the virus, but with increased NHS capacity and Test and Trace, our belief was we would be able to stay ahead of the virus.

On this basis we designed an economic approach which continued providing wage support to people, incentivised businesses to retain staff beyond the end of the furlough scheme and created new job creation and training schemes, such as Kickstart.

All built to support an economy that was broadly open but operating with restrictions and overall lower demand.

At the time this approach was not Government acting alone. Our proposals secured wide ranging support, from the TUC to the CBI.

It was their hope, as it was ours, that the public health situation would allow us to keep businesses and workplaces open.

The virus however, continued to spread. Localised restrictions were having an impact, and so we intensified this approach and added further areas.

As these restrictions intensified, the economic impact, particularly on industries such as the hospitality sector, was significant.

So in response, we altered our approach to wage support, making it much more generous to employers and in turn protecting jobs.

We also introduced a range of grants to businesses, whether open or closed, to help them meet their fixed costs.

And additional funding for local authorities to respond to specific local economic challenges.

But again, the virus continued to spread, but more quickly.

And so we arrive at last week, when the government’s scientific and medical advisers presented data which showed that R is greater than 1 in all parts of the UK, that the NHS was at risk of being overwhelmed in a matter of weeks and the likely resultant loss of life that would accompany such an event.

The only viable solution left to protect our NHS was the re-imposition of temporary significant enhanced restrictions in England, in addition to those in Wales, Northern Ireland and Scotland.

And so, given these changed public health restrictions and the economic trauma they would cause in job losses and business closures I felt it best to extend the furlough scheme, rather than transition at that precise moment to the new Job Support Scheme.

Now political opponents have chosen to attack the government for trying to keep the economy functioning and to make sure the support we provide encourages people to keep working.

And they will now, no doubt, criticise the government on the basis we have had to change our approach.

But to anyone in the real world, that’s just the thing that you have to do when circumstances change.

We all hope for the best, but make sure we plan for any eventuality.

We can reintroduce the furlough now only because we kept the system on which it is based operational, because there was always the possibility that we would be back in this situation.

I’ll leave it to the people of this country to decide whether they believe the Government is trying its best to support people through an unprecedented crisis.

To decide whether it is a good or bad thing to alter our economic plans as the health restrictions we face change.

What I know is that the support we are providing will protect millions of jobs.

What I know is that it is never wrong to convey confidence in this country and our economy through our words and action.

And what I know is today’s announcement will give people and businesses up and down our country immense comfort over what will be a difficult winter.

And I commend this Statement to the House.”