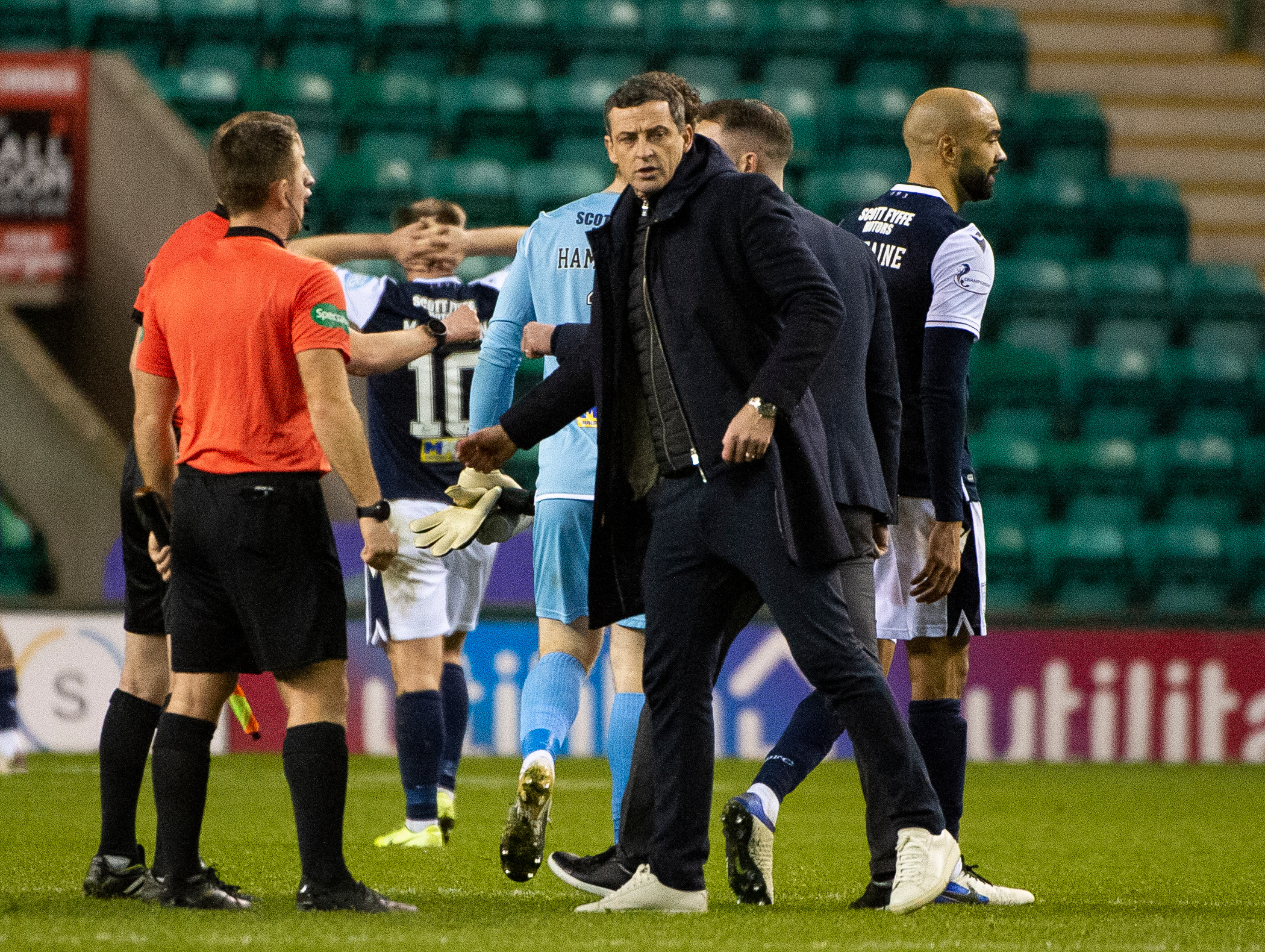 Hibs’ Head Coach Jack Ross was delighted to progress to the quarter-finals of the Betfred League Cup thanks to a 1-0 victory over Dundee at Easter Road yesterday and praised his players following a hard-fought 90-minutes.

James McPake’s side arrived in the capital for the second time in a fortnight after losing 4-1 to Hibs on their previous visit but he made five changes to that team and this time it was much closer.

It took a superbly taken goal from on-form Jamie Murphy to separate the teams at half-time but Hibs were able to manage the game to a successful finish with Darren McGregor marshalling the defence.

After the final whistle Ross told Hibs TV: “Cup competitions are about progressing to the next stage and I’m delighted. I expected a difficult match when you play the same opponents so quickly again and you have obviously enjoyed the victory in the previous match the next one usually is more competitive.

“That was the case this afternoon but I am pleased with the  group of players that produced the result and progressed to the quarter-finals.

“The goal itself was really good, Christian’s (Doidge) part in it then Kevin’s (Nisbet) then Jamie’s (Murphy). His two touches prior to hitting it we might assume are straight forward but they are not, they are key to him having the opportunity to score.

“It’s reflective of how he is playing at the moment. He’s getting better with each passing game and he’s now adding those assists and goals that we demand from him and for the last three or four games he’s produced them consistently and that’s encouraging for us.

“I speak a lot about this group of players and their attitude to the game and their attitude to the club and Darren (McGregor) epitomises that and he goes about his work on a daily basis, but he is hard on himself. He was frustrated midweek. He came on and felt that he hadn’t been quite at it and to get the opportunity to do it again today and produce that type of performance, I thought he was terrific.”