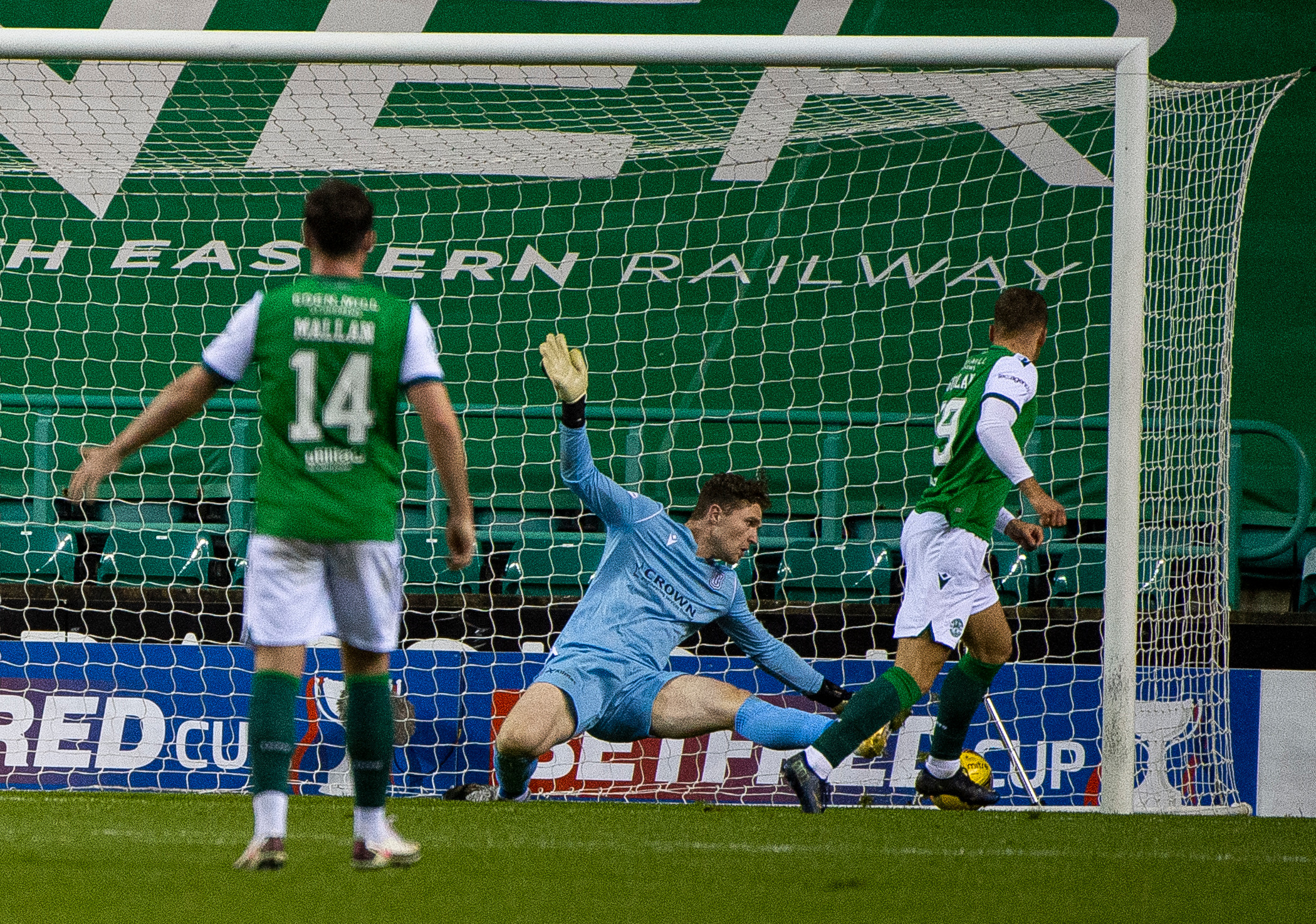 Hibs’ Head Coach Jack Ross praised his fringe players for helping the team to a 100% record in the Betfred League Cup group stages.

Hibs have won all four of their matches despite being under-strength due to international call-ups, injuries and suspensions allowing Ross to give much-needed game time for the likes of Dillon Barnes, Darren McGregor, David Gray, Stevie Mallan and Jamie Gullan.

Hibs’ victory ensured a seeded place in the last-16 of the Betfred League Cup and coincidentally they will play Dundee again at Easter Road which Ross believes will be advantageous.

After the game Ross told Hibs TV: “Rather naively I didn’t know that (facing Dundee again) could be a possibility. The fact that we are at home is the biggest thing for us.

“We wanted to win the game and be seeded and we’ve done that. To win all four group games given the challenges we have had is brilliant from the players.

“We had a lot of players missing again today with several injuries plus international duty plus Christian’s (Doidge) suspension so the squad deserves a lot of credit for coming through the group as we have done.

“Stevie (Mallan) like others has been unfortunate with game time this season because he is a good player and he does things right every single day but we have had a lot of players that have preformed well consistently so we need to trust them but equally when you have a couple of bumps it opens up opportunities for players.

“All the players who started the game and came of the bench did themselves no harm today.”

“Kevin (Nisbet) was good today. He has obviously had challenging circumstances recently but I think his overall contribution has remained good. I was pleased with him and he finished the game strongly which was encouraging for us. He looked hungry in that last period and his influence on others was vital in us winning the match.”