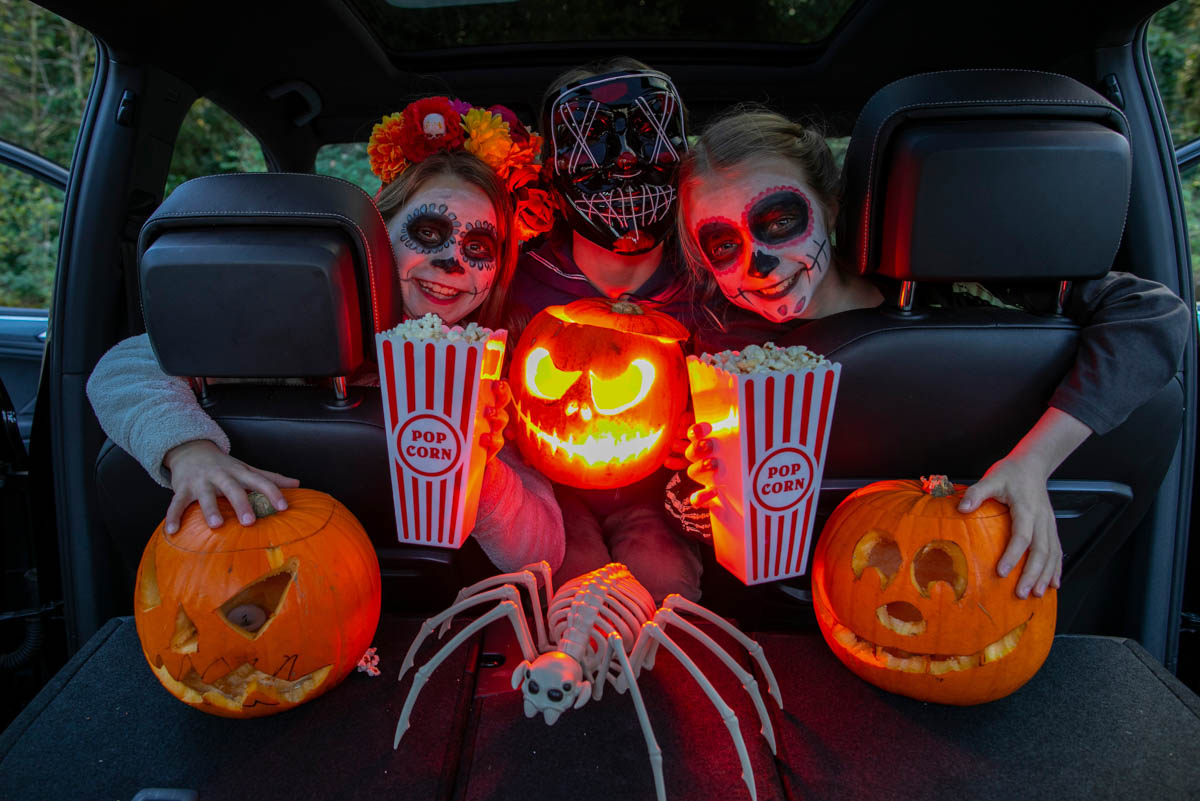 Edinburgh International Film Festival and Unique Events are pleased to announce that audiences enjoyed a fang-tastic Halloween-themed weekend of Drive-in Movies at Edinburgh Airport, supported by Edinburgh Live, in a safe, outdoor environment and from the comfort of their own cars.

The organisers are also delighted to confirm the dates and titles for a special Christmas-themed event taking place from Friday 18 December until Wednesday 23 December. Santa helpers big and small will have a chance to catch some of the all-time favourite Christmas titles and blockbusters such as Home Alone, Frozen, Elf, Love Actually, It’s A Wonderful Life and Die Hard.

Tickets for the next Drive-in Movies (26th – 29th November) are also on sale at edinburghdrivein.co.uk with another packed programme of cinema classics including Back to the Future, Ferris Bueller’s Day Off, Mamma Mia!, Rocketman, Toy Story and Mean Girls, among others.

Last weekend, Drive-in Movies Halloween audiences sang along to The Rocky Horror Picture Show, cried at Coco, gasped in terror at Jurassic Park and covered their faces in fear at Scream. All shown on a state of the art 100sqm LED screen, one of the largest mobile screens in the world.

Strictly following the health and safety regulations and the Scottish Government’s advice, Drive-in Movies offered a safe and fun environment for people of all ages to experience a Halloween like no other.

As always, Drive-in Movies audiences had the choice of award-winning food and drink from local producers Cold Town Beer and Alandas to enjoy and the one and only DJ Captain Calverto as their MC, keeping everyone entertained before each film with car discos, singalongs and quiz fun. All Designated Drivers at 15+ screenings also enjoyed a free Heineken 0.0% beer!

Drive-in Movies continues with a fantastic selection of titles in November including such cult films and blockbusters as: Back to the Future (1985) with some of the most recognisable lines and the inimitable Michael J. Fox and Christopher Lloyd, Big Trouble in Little China with Kurt Russell (1986), John Hughes’ Ferris Bueller’s Day Off (1986), all-time family favourite Toy Story (1995), teen comedy classic Mean Girls (2004), Drive (2011) with Ryan Gosling, and more recent hits, a homage to ABBA featuring Meryl Streep, Mamma Mia! (2008), Spike Lee’s Blackkklansman (2018), Incredibles 2 (2018) and Elton John’s biopic, Rocketman (2019).

The, just announced, Christmas schedule is bound to get even the biggest Grinches of them all in a merry mood! The December line-up includes:

Tickets for November and December Drive-in Movies are available now at www.edinburghdrivein.co.uk priced from £20.00 to £35.00 (+ booking fee) per vehicle for up to 5 persons.