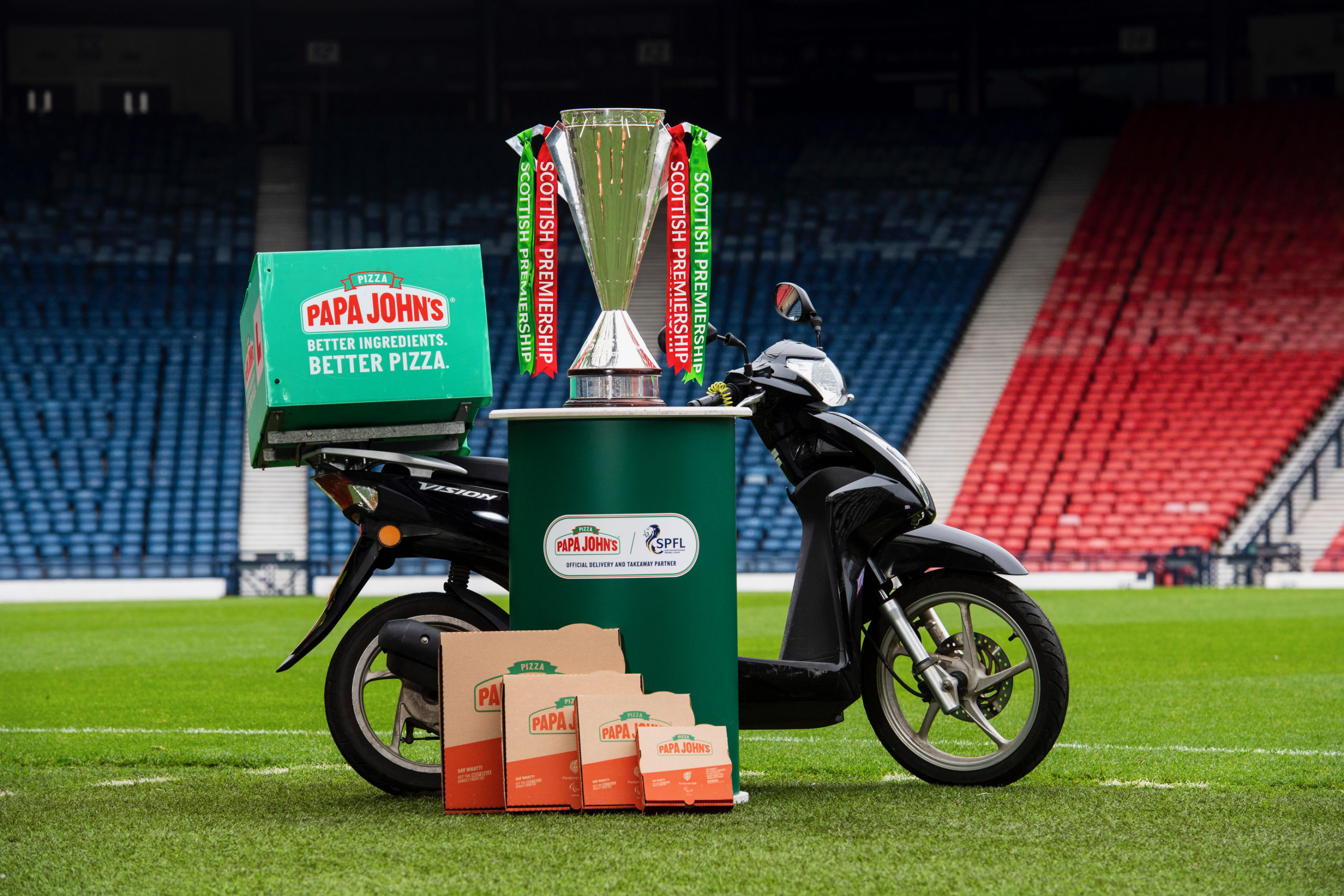 The SPFL and Papa John’s have announced a new commercial partnership that will see the Pizza outlet giant become the Official Delivery and Takeaway Partner of the Scottish Professional Football League.

The partnership, which begins from today and will run for three seasons up until the end of season 2022/23, will see Papa John’s provide vital commercial and promotional support to the professional game and Clubs across the four SPFL divisions and Cup competitions.

As well as having visibility at the SPFL’s most watched matches, Papa John’s will also be providing Scottish football fans across the country a number of ways to get involved including giveaways and discounts throughout each season, plus the takeover of the SPFL’s popular Score Predictor online game which will give fans a further opportunity to win rewards.

Neil Doncaster, SPFL Chief Executive, said: “This announcement is tremendously exciting news and aligns Scottish football with a globally-recognised brand and hugely popular product.  We are extremely grateful to Papa John’s for supporting our game at such a crucial time for all our member clubs.  It is also testament to the appeal of the Scottish game that an organisation such as Papa John’s, that has an illustrious history of supporting sport and entertainment events, recognises the scale of our audience both in the UK and overseas.”

Giles Codd, Marketing Director Papa John’s GB, said: “We are delighted to be embarking on this partnership with Scottish football and supporting the member clubs at this time. I know our franchisee community are equally excited and looking forward to bringing the partnership to life across Scotland and their local communities. Watching football and takeaways go hand in hand, and while fans may not be able to get into the stadiums right now, the best way to support your team is to watch it at home, with a slice or two of Papa John’s pizza.”