Major organisations join together to ask for backing for short-term let exemption for serviced apartment operators.

The trade body, the Association of Serviced Apartment Providers (ASAP), supported by the Scottish Tourism Alliance (STA) and UK Hospitality, Scotland are all asking The Scottish Government to remove aparthotels/managed serviced apartments from its proposed definition of short-term lets (STL).

The move comes as The Scottish Government consultation on short-term lets comes to an end.

In a joint letter to Kevin Stewart, Minister for Local Government, Housing and Planning, the three organisations have asked that aparthotels and managed serviced apartments are removed from the definition of a short-term let.

The letter says that The Scottish Government intends to to target residential style short-term lets, in its consultation. These they say are largely unregulated, but by contrast, aparthotels/managed serviced apartments are ‘high-quality professional operations’.

The letter also outlines that so-called Class 7 operations are exempt from the STL proposals, including hotels, hostels and guest houses. Serviced apartments and aparthotels are more akin to these and are assessed by Scottish Assessors for non-domestic rates in the same way as hotels.

The organisations have raised concerns that any new proposed licensing regime will mean additional costs to license individual apartments within an aparthotel/managed serviced apartment building. These are, they say, already fully compliant with existing health and safety measures, including fire risk assessments, gas and electrical safety.

Such a move will lead to substantial unnecessary costs, and they call for an exemption for aparthotels/ managed serviced apartments. The bodies say that this can be done through classing them as Class 7 Use Class, which includes hotel, boarding house, guest house, or hostel, premises currently exempt from being classed as a STL.

James Foice, Chief Executive, Association of Serviced Apartment Providers, commented: “The definition of STL in the Scottish Government consultation fails to recognise that aparthotel/managed service apartments are a distinct operation compared with independently owned private flats/housing rentals being targeted by the Scottish Government.

“Scottish Assessors class aparthotels/serviced apartments in the same manner as hotels for business rates and are yet to be further burdened by these unfair additional regulations.

“As we recover economically from Covid-19, it is high-quality operations such as these that will be to the fore in helping the tourism industry recover from the pandemic.

“We appeal to the Scottish Government to rethink this approach and to highlight the unintended consequences its proposals will have on aparthotel/managed serviced apartment operations.” 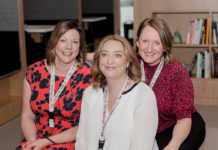