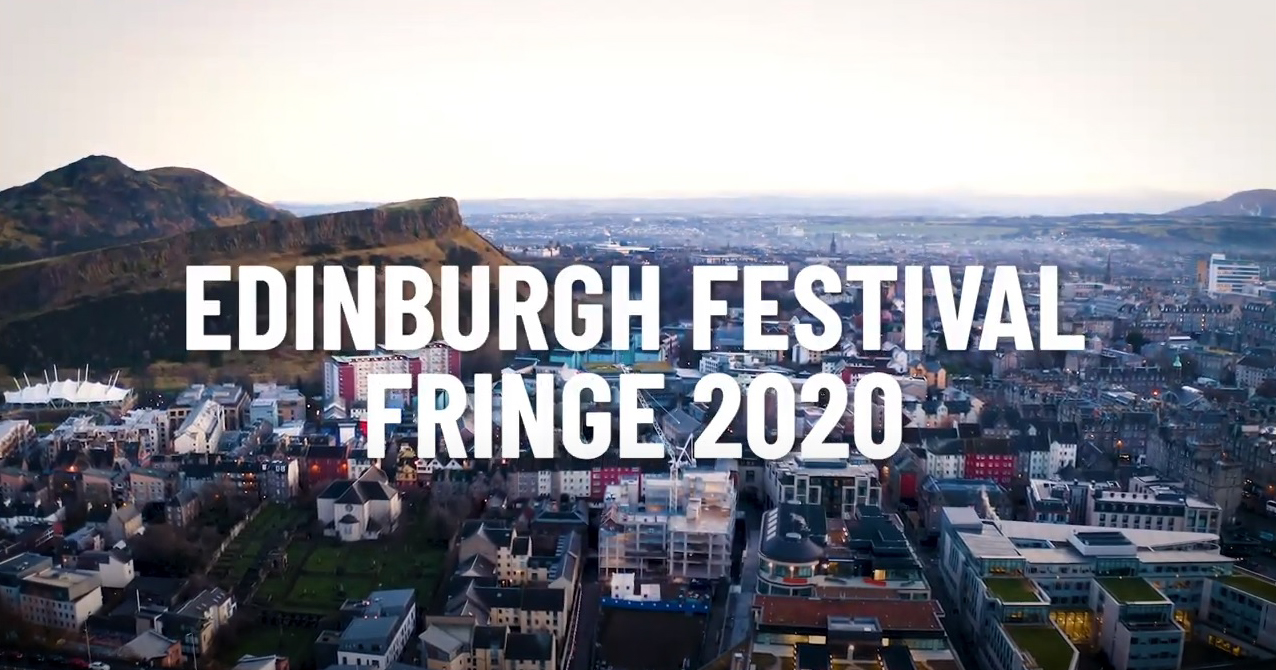 The 2020 Edinburgh Festival Fringe drew to a close on Monday (31 August) after a series of online events, programmes, platforms and initiatives kept the spirit of the festival alive during the covid-19 pandemic.

Almost 300 digital Fringe listings were registered by artists, venues and creatives on edfringe.com, with everything from throwback Fringe shows to brand new lockdown-inspired creations on offer, including a one-person show about an opera queen a virtual disco for babies, a (socially distanced) improvised musical; online dance-a-thon; a soundscape of a Stirlingshire sheep farm in a field and plenty of Zoom-based comedy, theatre and dance.

Though the official festival finished yesterday, many events are continuing online into September, including Shedinburgh – an online festival of theatre, comedy and more performed in sheds around the country (until 05 September).

Throughout the month, venues and artists across the Fringe have also been fundraising to help them return in 2021. Through FringeMakers – a festival-wide crowdfunding campaign developed in association with Crowdfunder – just under £250,000 has been raised to support creatives so far.

Assembly, Gilded Balloon, Greenside, Just the Tonic, Monkey Barrel, Pianodrome, Pleasance, Summerhall, Underbelly and Zoo have all raised funds to via the campaign, with a wide range of artists, including Shedinburgh and AJ Bell Fringe on Friday acts, also fundraising through the site.

£50,000 has also been raised so far via the central FringeMakers page. All the money raised from this Crowdfunder page will go to a central artist and venue recovery fund to support their return to the Fringe in 2021. The Edinburgh Festival Fringe Society will work closely with a panel of experts to ensure the fair distribution of funds, with this process starting as soon as possible at the end of the festival.

Fundraising efforts were also helped by the kind generosity of sponsors AJ Bell. Over the month, artists and venues were able to sell tickets to four editions of AJ Bell Fringe on Friday – a new digital cabaret hosted by Suzi Ruffell, Jayde Adams, Nigel Ng and Courtney Act.

The AJ Bell Pick n Mix also provided a platform for creativity for Fringe fans and artists across the world. Over the month, nearly 400 videos were uploaded to the ‘Fringe in miniature’, with people sharing clips of everything from flamenco and group drumming to singing sock puppetry and bathtub-based performances.

Further support for artists was launched this year with the new Fringe Central virtual hub 2020 – a space for artists and industry colleagues to attend events, collaborate, network and learn. All events were entirely free of charge, and the programme welcomed 1,300 artists and participants to over 50 events including panel discussions, skills-building workshops and networking sessions, exploring issues such as diversity, mental health and sustainability. All events were BSL interpreted.

Fringe Marketplace was a new online showcase platform connecting arts industry to professional tour-ready work that was made for Fringe 2020. It launched along with Fringe Exchange, a series of online provocations, international showcase events and panel discussions designed to help support and connect artists and industry locally and internationally.

Fringe Exchange saw more than 2,500 industry members join us across 22 events, while Fringe Marketplace hosts more than 100 tour ready shows selected by venue programmers and available to be seen by nearly 400 programmers who accredited from 31 countries.

Both platforms will be live until June 2021 and are likely to become permanent features of the Fringe going forward.

The Fringe Society’s community engagement work also continued during the festival, with 456 art packs delivered across Edinburgh to 14 of our community partner organisations.

A pilot Fringe in Communities Digital series of workshops have taken place in West Edinburgh – with young people working with a Fringe artist to create a digital Fringe Cabaret extravaganza.

Shona McCarthy, Chief Executive, Edinburgh Festival Fringe Society, said: “This has been a Fringe like no other, and one we will certainly never forget.

“It has been inspiring to see our venues, artists and creatives producing such a range of imaginative work and adapting to the online world in the most difficult of circumstances, and I’m delighted that £250,000 has been raised to support our storytellers and performers. I’d like to personally thank everyone who has supported the Fringe.

“The Fringe may be over for another year, but this crisis facing us all is not. As we look back at all that’s been achieved in this extraordinary time, it’s clear that the resilient spirit is strong. Now, we’ll keep working to make sure creatives get the support they need to continue. Here’s to our Fringe heroes for 2020 and beyond.”

Kirsty Wardlaw, Brand and Sponsorship Lead at AJ Bell, comments: “It has been really inspiring to see the Fringe adapt to one of the biggest challenges it has ever faced. A huge number of shows and performances have been put on for the viewing public around the world and an amazing amount of money raised to support the performers and venues when they really need it.

“We are proud to have played a part in this and extend our thanks to everyone who has supported the Fringe this year.”