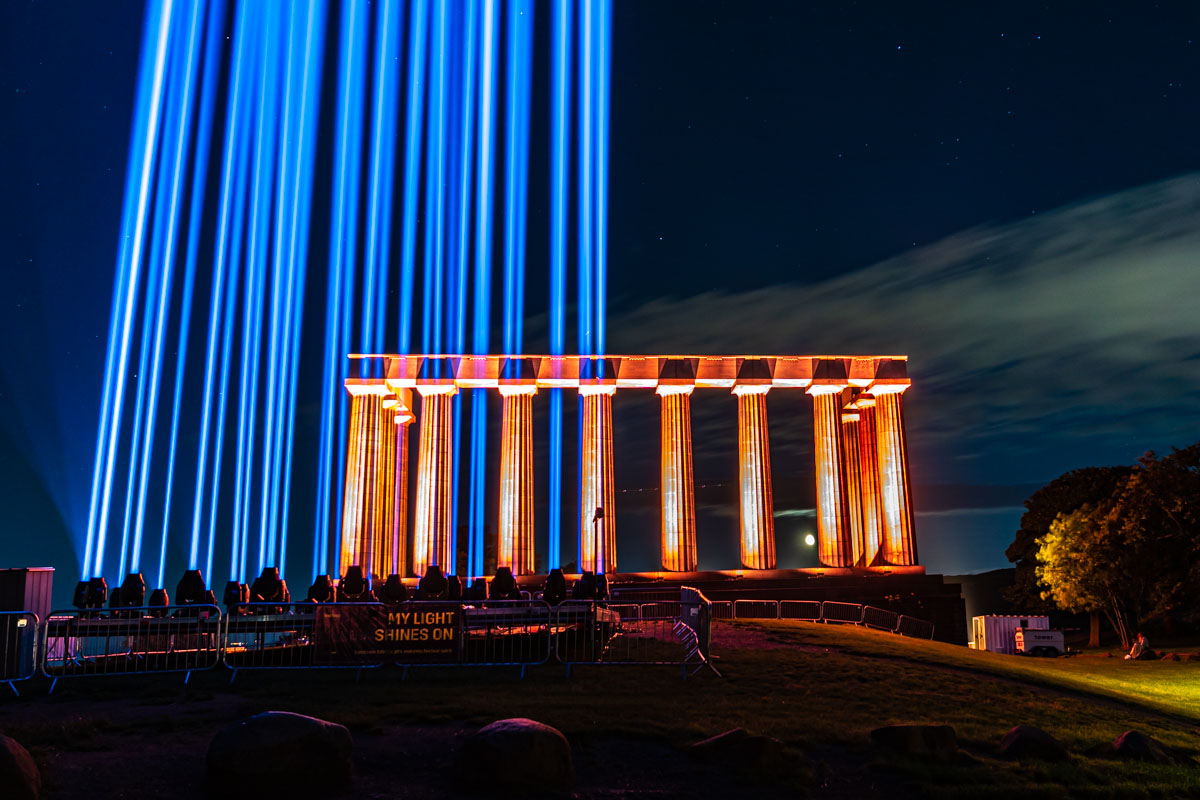 Edinburgh International Festival’s digital programme My Light Shines On, filmed primarily in empty venues throughout Edinburgh, attracted a global audience with 1,013,000 video views following its premiere on what would have been the opening weekend of the Festival.

After the cancellation of the International Festival in April, the digital programme and outdoor activities came together in a matter of weeks. Viewers from 47 countries, including USA, Canada, Austria, Germany and France, watched the series of performances created in celebration of the enduring spirit of the Festival City.

The My Light Shines On digital programme featured 26 original performances filmed in Edinburgh’s festival venues, including the Edinburgh Festival Theatre, The King’s Theatre, Leith Theatre, The Hub and The Queen’s Hall.

The films, which include commissions from National Theatre of Scotland, Royal Scottish National Orchestra, Scottish Ballet, Scottish Chamber Orchestra and Scottish Opera, as well as artists including Laurence Power, Aidan O’Rourke, Honeyblood and Breabach, remain on the International Festival’s YouTube channel for the rest of the year, with many available until 2022. Archive concerts from The Queen’s Hall and Usher Hall, broadcast on BBC Radio 3 as part of BBC Arts Culture in Quarantine, will be available on BBC iPlayer for 30 days after initial transmission, with performances available until 18 October.

The International Festival also launched a series of chamber music soundscapes in Princes Street Gardens featuring artists such as Angela Hewitt, Philip Higham, Mark Padmore and the Dunedin Consort. The 15 performances, specially recorded at The Hub, remain available to watch on the Festival’s YouTube channel until 27 November. Additional events that remain available online include Declan, a version of Traverse Theatre’s multi-award-winning Mouthpiece reimagined for film and Artists in the Age of Covid, a series of international panel discussions reflecting on the performing arts industry. The Portal, created by Martin Green, Wils Wilson and David Greig, launches on all major podcast platforms on 25 September.

Edinburgh International Culture Summit, delivered in partnership by the Edinburgh International Festival, British Council, Scottish Government, UK Government and the Scottish Parliament, launched a special edition online this year. In a series of over 50 films and interactive panel sessions, contributors from around the world including Carla Hayden, Librarian of Congress USA, Andy Haldane, Chief Economist of the Bank of England, Leah Pisar, President of the Aladdin Project, France and Ministers from 16 nations explored topics including the transformational power of culture, particularly in the context of the COVID-19 pandemic.

The four festivals that, together with Edinburgh International Festival, transform Edinburgh every August – Edinburgh Art Festival, Edinburgh Festival Fringe, Edinburgh International Book Festival and The Royal Edinburgh Military Tattoo – all approached their festival ‘cancellations’ in different ways this year. Edinburgh Art Festival marked the intended 2020 edition dates with a series of responses from ten artists who have previously worked with the Festival. Combining presentations ‘in the real world’ on poster sites and flag poles throughout the city with special online performances and digital broadcasts, the programme reflected the many profound personal and societal impacts of this global pandemic. Across the Edinburgh Festival Fringe, more than £233k has been raised to support artists and venues to return in 2021. The Festival Fringe saw a wide range of activity take place online, with almost 300 events listed on Edfringe.com, 390 short clips uploaded to AJ Bell Fringe Pick n Mix and over 50 events taking place as part of the new Fringe Central hub and marketplace exchange. Key issues explored include diversity and representation, adapting to the online world and the changing face of touring work.

Edinburgh International Book Festival decided to ‘Keep the Conversation Going’, with an online programme of 146 events over 17 days. The Royal Edinburgh Military Tattoo committed to bringing a flavour of the iconic spectacle to the homes of Tattoo fans with online video content and at home retail packages. Looking ahead, the Tattoo has committed a £340,000 donation to UK military charities this year, as it plans for an on-sale date in October for the 2021 Show.

This year was the first time in over 70 years that the five festivals did not take place in their physical form. Together, the five August festivals normally comprise over 5,000 events across Edinburgh each summer, welcoming audiences of 4.4 million and over 25,000 artists, writers and performers from 70 countries, making them the second biggest cultural event in the world after the Olympics.

Edinburgh International Festival thanked its corporate partners Aberdeen Standard Investments, Baillie Gifford Investment Managers and Virgin Money for their support through this difficult time. Virgin Money complete their tenth and final year of support for the festival in 2020, during which time their generous sponsorship of the Fireworks Concert has enabled an audience of 2.5 million to enjoy this spectacular event.

Francesca Hegyi, Executive Director at Edinburgh International Festival said:“Our activity this summer, including both our digital programme and those events which took place outdoors around the city, would not have been possible without the hard work and commitment of over 500 artists and those working behind the scenes, who have enabled us to safely reunite orchestras, ballet companies and theatre ensembles in venues for the first time this year.

“Thank you to all of our performers, staff, supporters and donors who have helped us to ensure that the spark of the festival still shines bright.”

Visit eif.co.uk for further information about My Light Shines On and Edinburgh International Festival’s summer activity.