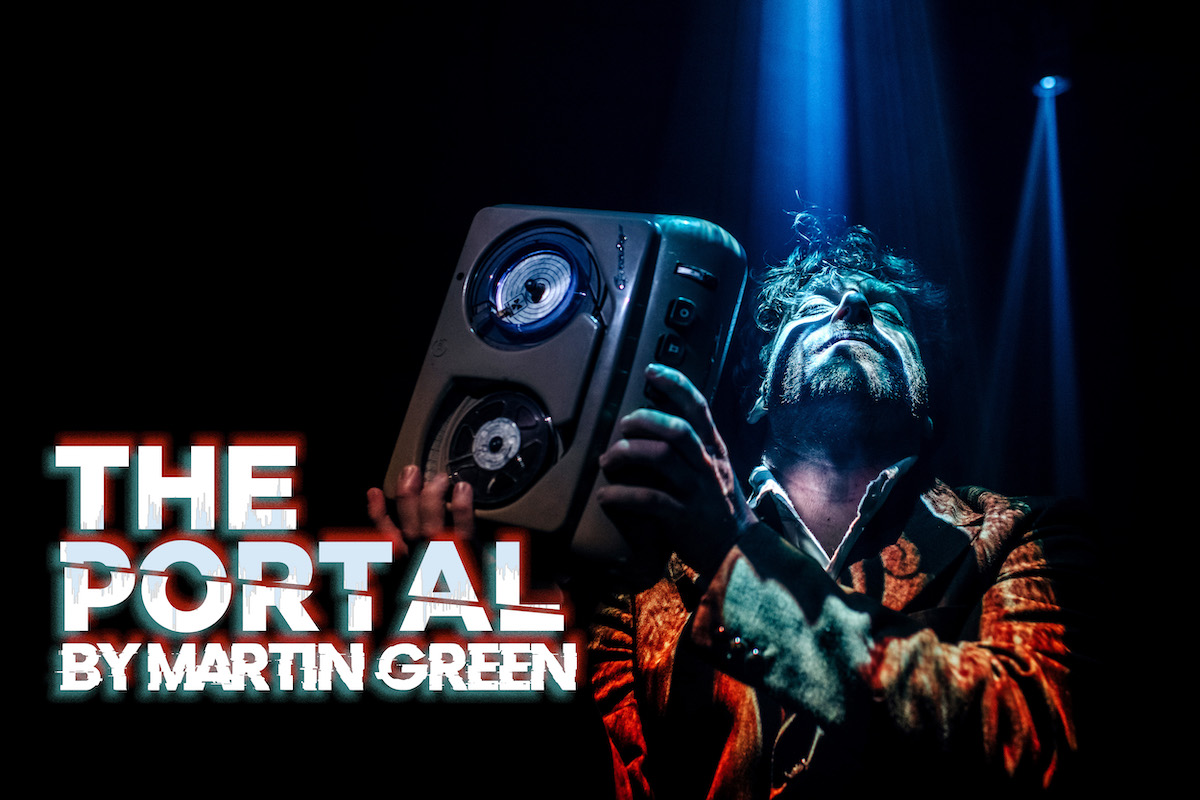 Lose yourself in a story of obsession, 40 years of nightlife and 4,000 years of human connection. In The Portal Martin Green, Wils Wilson, and David Greig have woven together a tale of love, music, drugs and deceit over 12 episodes available on Apple Music/Podcasts, Spotify, Google Podcasts and all good podcast platforms free of charge from 25 September 2020.

A story where two obsessive sound-recordists, and lovers torn apart by circumstance; Etteridge and Angela left us the most incredible collection of 20th century documentation ever made.

From 1947 to 1988 they never met. They recorded any and every aspect of London nightlife, from war-time dance-halls to the legendary M25 raves. But these recordings never saw the light of day until they were discovered in 2016.

Why did they keep these tapes secret? Because for 40 years these parted lovers had been leaving messages for each other in these recordings, a dark, dark story left for us to piece together.

The Portal has been created by Martin Green, winner of the Ivor Novello Award for composing in 2019 for Aeons, a sound installation that was part of the Great Exhibition of the North, in collaboration with Opera North. Martin is best known as one third of the folk trio, Lau. This dark tale is not a true story but a Fictional Podcast inspired by moments in Martin’s childhood.

Dramaturgy is by David Greig, the multi award winning writer and Artistic Director of The Royal Lyceum in Edinburgh who has written work for Royal Shakespeare Company, Paines Plough, Edinburgh International Festival, National Theatre of Scotland, The Barbican and adapted Charlie and the Chocolate factory for Drury Lane Theatre, London. Sound design is by Eloise Whitmore, Radio Sound Designer and Producer of Year, who has won numerous awards and worked on productions including BBC’s Tunnel 29, Maxine Peake’s Beryl: A love Story on Two Wheels and created work with the Royal Shakespeare Company.

An album will also be released on 25 September made up of the music which makes The Portal. Composed by Martin Green it also features the contributions of James Holden, the electronic artist signed to Warp Records who would have been on tour with Thom Yorke. Radie Peat, RTE Folk Singer of the Year, Brìghde Chaimbeul, Radio 2 Young Folk Musician award winner 2016 and Horizon Award 2019 winner, and Kate Young winner of the Paul Hamlyn Award for Composers 2018 and album of the year at the BBC Radio 2 Folk Awards in 2017.

Sales of the album will support the free to access podcast of the audio drama, and will be available to pre-order by 7 August 2020.

The Portal is delighted to be working with some of the best arts organisations in the UK, co-commissioned by Edinburgh International Festival, Southbank Centre, Bristol Music Trust, Oxford Contemporary Music, National Theatre of Scotland, Shetland Arts, The North Wall, MacArts Galashiels and funded by Creative Scotland.

Where you can listen

Podcast will be available on Apple Music/Podcasts, Spotify, Google Podcasts and all good podcast platforms. It, and the album, will also be available here

Martin Green said: “The Portal began as a little day dream that spiralled out of control and out into the real world. The opportunity to be making a piece of work of this size, with these remarkable collaborators is beyond exciting. Audio has always been the world where I feel most at home, and I love stories. As a story-telling form, podcast is a perfect medium for me. It is a perfect halfway house between reading a book, where you get to decide what characters look like for yourself, and film, where you are able to present so much detail.

“Naked Productions have such a wealth of experience and director Wils Wilson has made a lot of great radio so there is an amazing team guiding us through this first foray into that world.
“Music is obviously a huge part of this, there’s loads of music, Wils loves telling stories, I love making records, so we thought let’s make a story with as much music as an album, and that attention to sound.

“Like everything else right now, we’ve had to do this remotely, but that has resulted in some brilliant things. Normally I would want to find musicians I can be with in the studio, but when that’s not possible anyway, it doesn’t matter where they are, which is liberating. On one day we recorded a session with a woman in Iran, edited it in Scotland and it was mixed in America that night.
“The organisations involved have been incredible, it’s a tough time, and they have really pushed to make it possible to be involved in The Portal and make it happen. It’s a privilege to work with arts presenters of this calibre at any time, but to be able to keep up a connection with audiences and venues whilst doors are closed is particularly valuable.” 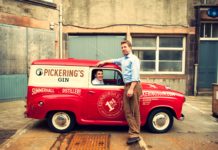