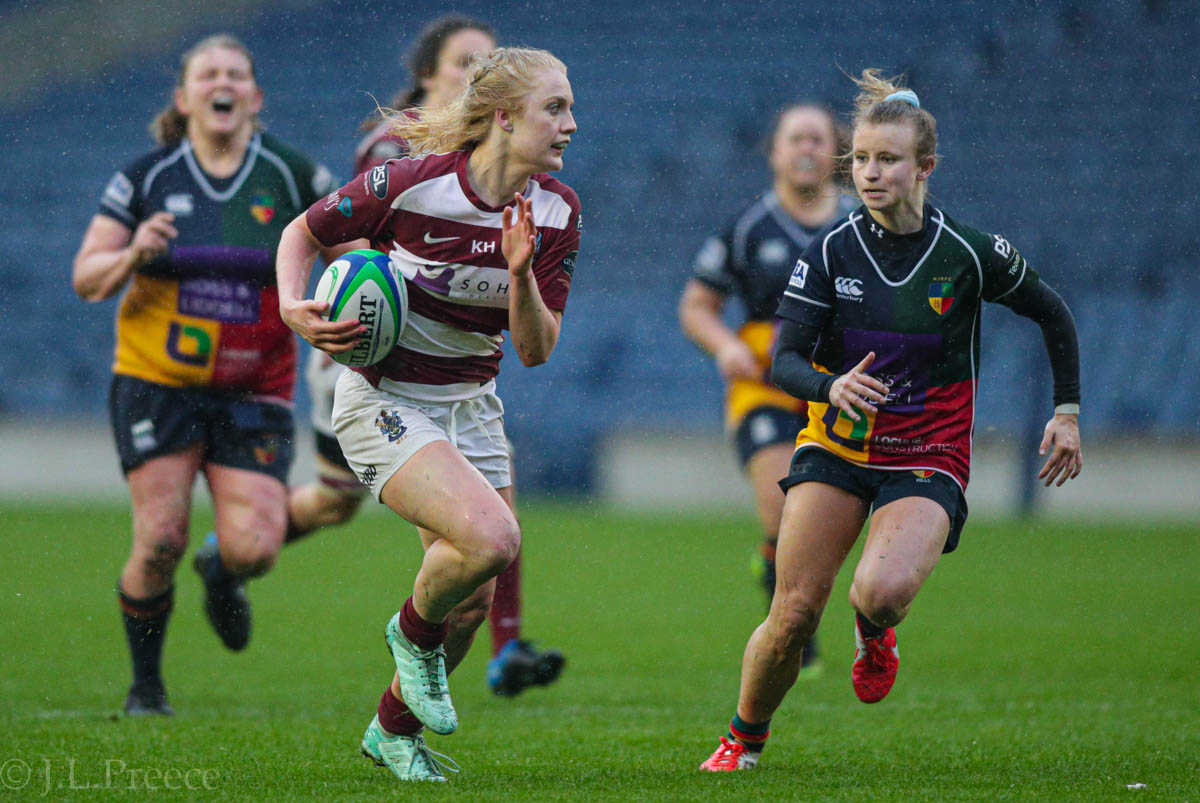 Scotland Women’s Megan Gaffney will make the move from Myreside to Goldenacre to play with Heriot’s Blues Women whenever rugby resumes.

The winger has a big year ahead of her with preparation for the Women’s Rugby World Cup qualifiers with Scotland and as part of the Great Britain 7s training squad for the Tokyo Olympics.

“It is a really forward-thinking club. I know a lot of the players there and I have watched the team progress,” she said.

Heriot’s Blues Women were established in late 2018 and Megan wants to contribute to the culture being built around the newest team at Goldenacre.

“I think culture is really important because we all play rugby for enjoyment. Rugby is a sport for everyone so you have to be welcoming,” she said.

“It is about helping people realise what they are capable of.”

Megan first picked up a rugby ball as a 7-year-old for the North Berwick RFC Minis, then again at about 15 when a teacher at her high school began a team.

She now wants to encourage other girls to do the same, helping to build and promote more pathways into the sport, including developing the girl’s section at Heriots’ Rugby Club.

“I think with rugby there is a part to play for everyone. Whatever your size, your shape, your skill, your team needs you. You don’t have to excel at any one thing,” she said.

Working for charity ‘School of Hard Knocks’ Megan continually sees the benefits of rugby in the community, such as younger players learning discipline, respect and teamwork as well as passing and tackling.

“That is why I love my job so much. A lot of the rugby I play is elite but it is great to play it in its purest form,” she said.

“I think that anyone that tries rugby does fall in love with it.”