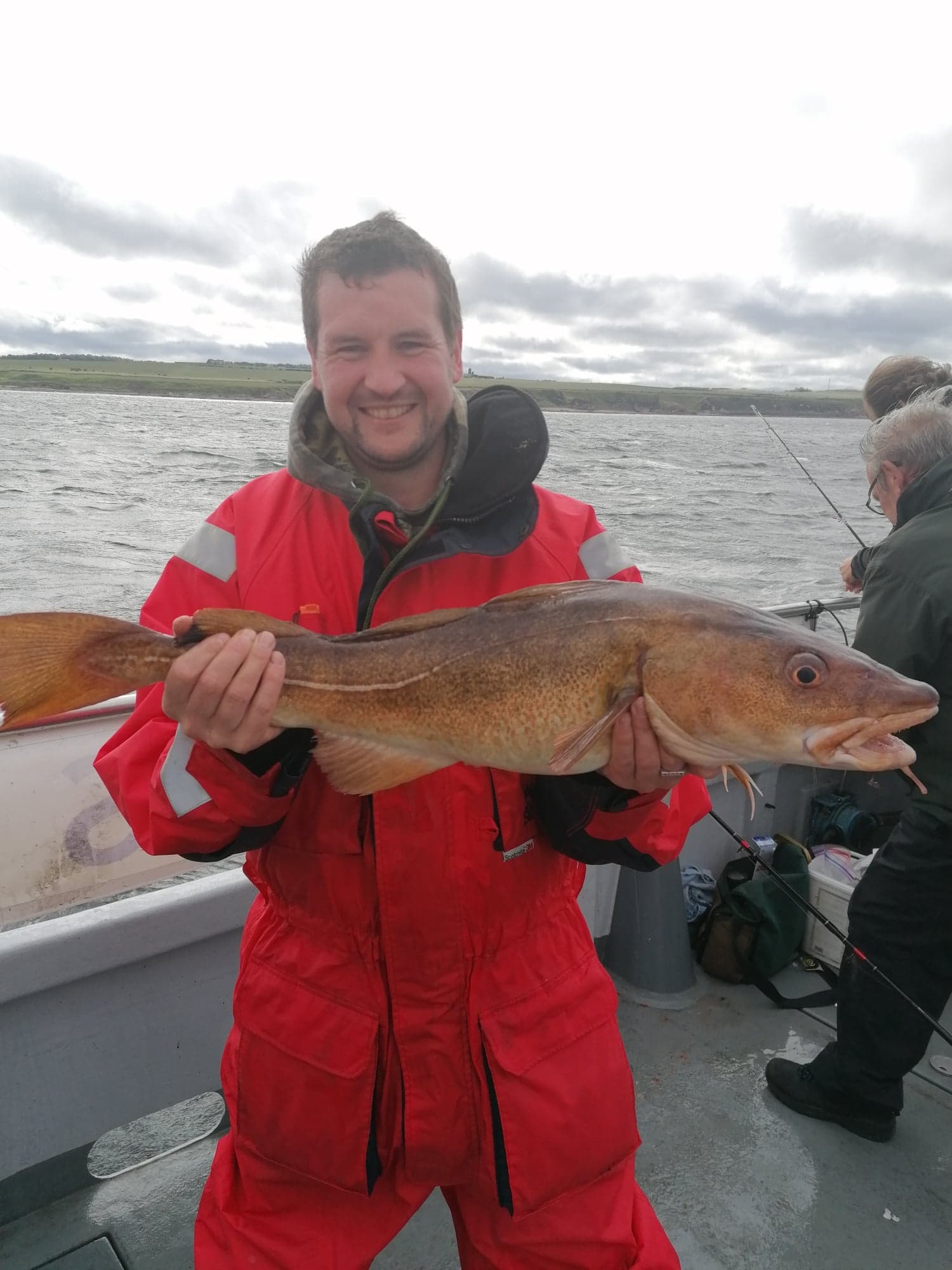 Sagittarious skipper Derek Anderson has reported a surge of interest in sea angling charters and he is full until next Monday (July 6).

Anderson of Aquamarine Charters was out over the weekend from Eyemouth with his six-hour trips and he admitted it was tough going.

However, a 9lbs cod topped the catch returns. There were no mackerel to be had.

The bait to bring is worm, mackerel and mussel and both boats have toilets.

Picture: Jamie with his 9lb cod on Aquamarine off Berwick on Sunday.