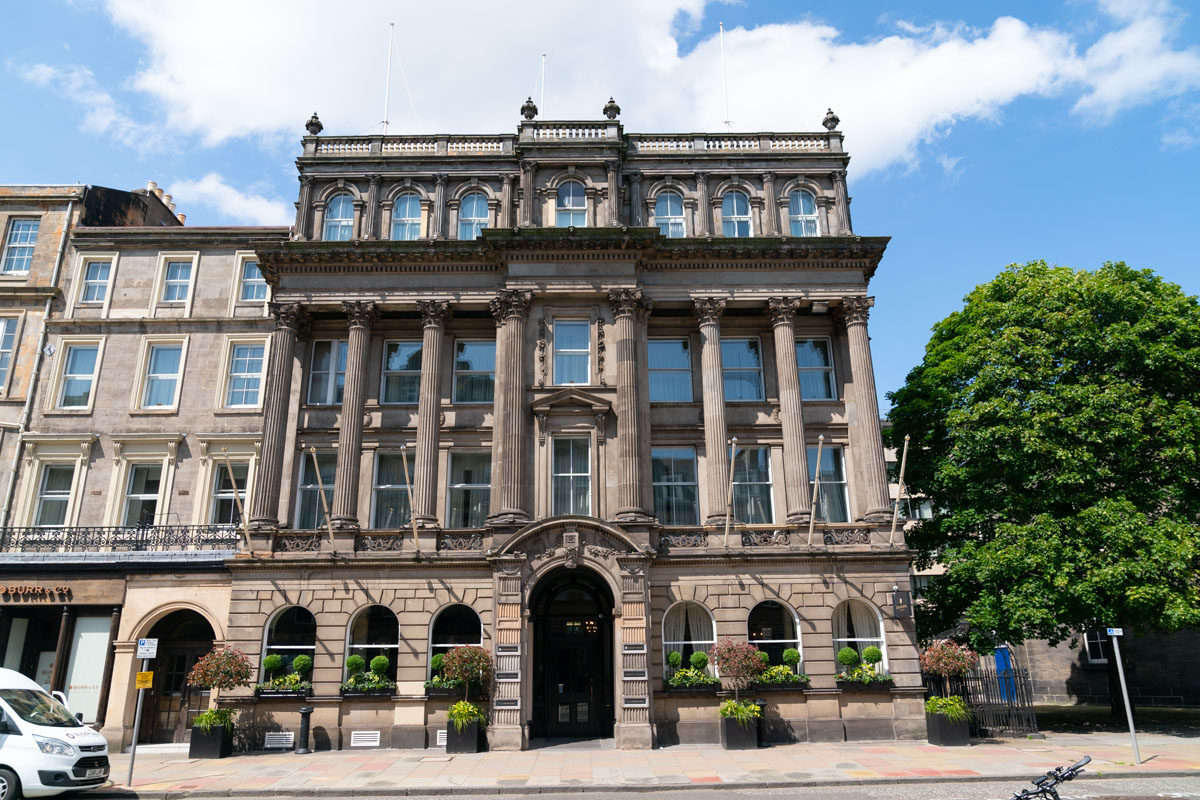 By Phyllis Stephen and Stephen Rafferty

One of Edinburgh’s most prestigious hotels will remain shuttered until early 2021 as the damaging impact of the Covid-19 epidemic rifles through Scotland’s tourism industry.

The four star The George is in consultation with more than 200 staff over redundancies but The Edinburgh Reporter understands the city institution will not reopen for business when the Scottish Government gives the green light for the hospitality industry to restart.

One of the proposals under consideration is that the George will remain closed until February with any staff who are made redundant encouraged to reapply for their jobs next year. It is understood the Kimpton, and the Crowne Plaza Edinburgh which IHG manages on behalf of an owner, will reopen this year and will be more closely aligned with the Scottish Government’s Covid-19 routemap to recovery.

A hotel source told The Edinburgh Reporter: “The hotel management held a meeting of furloughed staff yesterday (Tuesday), when they told them they would all be made redundant. They were also informed that they will be able to reapply for jobs when the hotel reopens in February 2021.”

The George reopened in October last year after a major refurbishment, marking its return to the InterContinental Hotels Group stable. The 240-bedroom Grade 2 listed building was originally a collection of five town houses built in the 1780s and has been a hotel since 1881.

A spokesman for IHG refused to confirm plans for The George would involve a 2021 reopening and said a number of proposals were under consideration.

A statement added: “This is a very difficult time for our industry, and we have done everything to protect and retain jobs for as long as possible. Most of our hotels in the Scotland are currently closed and while we are looking forward to welcoming guests back when we can reopen, it will take time for travel and tourism to return to pre-coronavirus levels.

“As a result, we have launched a consultation to resize and restructure our teams in three of our Edinburgh hotels, which unfortunately is likely to involve some redundancies.”

In addition to Edinburgh’s The George, Kimpton Charlotte Square and Crowne Plaza,  IHG directly manages the Grand Central and Kimpton Blythswood Square in Glasgow, while another 33 IHG branded hotels in Scotland are operated by franchise owners.

Council Leader Adam McVey said: “This is disappointing news and potentially devastating for those affected. Such redundancy consultations will understandably worry others who work in the sector, which we know faces very specific challenges in the months ahead. We are working with the hospitality sector to gear up to reopen again in less than three weeks’ time and I know many of us can’t wait to enjoy our City’s fantastic offer when it happens.

“We’ve been working closely with leaders in Edinburgh’s tourism and hospitality industry for many weeks now on recovery plans and we’re supporting businesses where we can to reopen again, safely. Clearly it will be some time before tourism returns in significant numbers but I know residents are just as keen to rediscover their City and all our businesses have to offer.”

Depute Leader Cammy Day said: “As the furlough scheme winds down, there is a very real risk that more people will enter unemployment in Edinburgh. We’re determined to do all that we can to support those individuals and families who are most at risk of falling into financial hardship.

“Already we’re working on further measures to support those facing additional barriers to employment and I urge anyone who is struggling to reach out to us for vital access to welfare advice and benefits.”