Five Scottish universities are to share in a pot of funding from the UK Government announced today.

The overall investment for the UK of £179 million will be used to support the next generation of scientists, mathematicians and engineers from all backgrounds.

University of Edinburgh will get a larger share than any other with a payment of £6.67 million allocated to it. Glasgow will receive £6.63 million.

The names of the first ever Stephen Hawking fellows are also announced today. None of the five fellows is at one of our Scottish universities, but they are studying some high level ‘curiosity driven’ projects which will be funded for four years.

The funding is announced to mark the start of British Science Week, and it will support 11,000 students in 41 Doctoral Training Partnerships or PhDs at over 40 UK universities. It will also promote STEM subjects for young people, particularly girls.

UK Government Minister for Scotland Douglas Ross said: “I am delighted that five Scottish universities will benefit from a share of a £179 million UK Government investment to develop the next generation of scientists, mathematicians and engineers. Marking the start of British Science Week, this funding will support up to 11,000 students at 41 Doctoral Training Partnerships across the UK, including many of Scotland’s world leading institutions.

“The funding will provide researchers and innovators with vital skills in a diverse range of disciplines, including engine design, cybersecurity and clean water treatment, while ensuring the spread of knowledge between universities and industry.”

Business Secretary Alok Sharma said:“From Ada Lovelace to Stephen Hawking, our scientists and the discoveries they have made have pushed the boundaries, improving our healthcare and transforming the way we live, work and travel.

“Today’s funding will support the talented people we have in this country to study these vital subjects, develop technologies for the future and support the UK’s status as a science superpower.”

Education Secretary Gavin Williamson said:“Making sure that the next generation has the scientific skills to meet the world’s needs – from developing green technologies to curing illnesses – couldn’t be more important.

“That’s why we continue to invest in science programmes in our schools and ensure that anyone, regardless of their background, can participate.

“Girls now make up just over half of A level entries for the three core science subjects but there is more we can do so we will fund research to better understand how we can improve girls’ physics A level participation.” 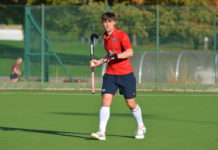 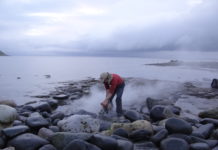 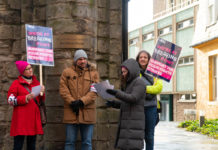 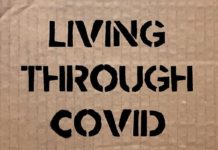 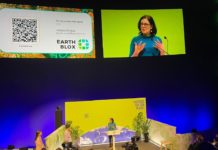