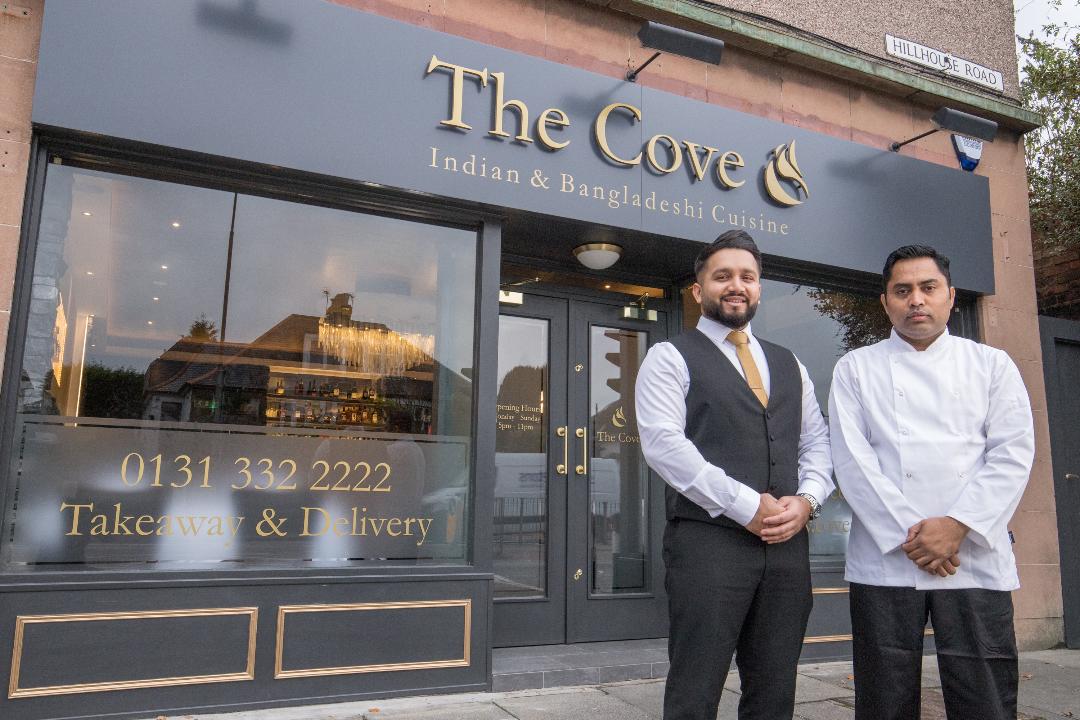 One of Edinburgh’s newest restaurants is up for a string of prestigious industry awards just four months after
opening.

The Cove served its first customers in the Capital in November and has quickly earned a reputation for offering some of the finest Bangladeshi and North Indian cuisine in the city.

The new eatery, owned by Masum Uddin, has been shortlisted for Best Indian Restaurant at the Scottish
Entertainment and Hospitality Awards.

It has also been nominated for New Restaurant of the Year at the 13th Scottish Curry Awards.

Masum also manages the popular Vinyasa on St Mary’s Street and this restaurant has been shortlisted for Team
of the Year and Best of Edinburgh at the Scottish Curry Awards.

The Edinburgh businessman will be hoping to complete a successful evening for himself at the Curry Awards later this year, with his nomination for Curry Entrepreneur of the Year.

The ceremony for The Scottish Entertainment and Hospitality Awards was due to be held at Merchant Square,
Glasgow on 29 March, though this has been put back to September amid the COVID-19 outbreak.

“We cannot say thank you enough to all the support we have received from everyone to get us this far,” said Masum.

“These awards are highly thought of in the industry and our nominations reflect a lot of hard work put in by a lot
of people.

“It’s very humbling to have the public vote for us in this way and it’s also very unexpected given we only opened The Cove in November.”

The Cove will be remaining open for business as usual until otherwise indicated, with Masum and his staff adhering to stringent hygiene measures to ensure the wellbeing of their customers.