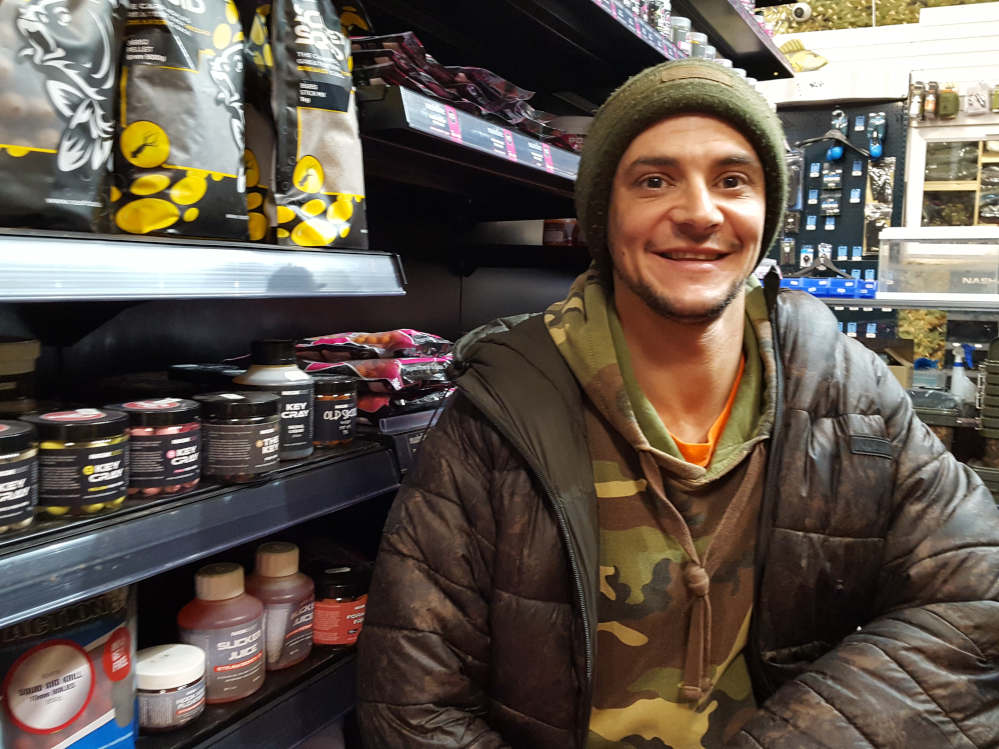 The market is estimated to be around £600m and year and thousands trundle their expensive and sophisticated equipment down on laden trolleys to Britain’s riverbanks and lakes every week.

Carp are thought to have been introduced to the UK by monks who domesticated wild fish from mainland Europe and kept them in ponds for food.

Escapes and transfers from breeding ponds to lakes and rivers have allowed captive populations to spread and modern carp fishing employs the latest technology including carbon fibre rods and fluorocarbon lines.

Liquid attractants and blends of carp baits which attract fish quickly add to the armoury of anglers and this a sport loved by many but a mystery to others.

Drew Taggart (pictured) is a member of Scotland’s carp fishing squad which is aiming for the world championships later this year. Last year they were 17th in the world.

He also runs a retail outlet called West Lothian Angling and said that if he was starting carp fishing again he would suggest going down the method feeder route.

The Livingston-based angler added: “I would also go to commercial fisheries as that gives you a better chance to catch a fish quickly.

“It is best to go to a recognised angling centre for advice. You can also look at the internet and, in particular, YouTube for advice, but what I tell people is to start with basic fundamentals.

“You don’t need all the fancy rods and reels to start with. I would concentrate on the line end tackle and the key thing is bait.

“Rods and reels nowadays are not that expensive and you can pick p a feeder rod and reel for between £50 and £80.

“There are other things which come along with that including unhooking mats and landing nets and they are mandatory for most fisheries. Roughly you can start of for around £100.”

So, where would you fish for carp in the Lothians? He said: “We are in Livingston at the moment and if you are not a member of the Scottish Carp Group then I would suggest Eliburn Reservoir which is £5 for two rods for the day.

“You can float fish, put your bait on the bottom or you can method feed and that is a good level to start with.

“There are bigger fish in there as well but if you catch smaller fish that gives you great experience.

“Eventually you can chase the bigger fish. Once you get to that then I would upgrade your tackle to a 3lb test curve rod and a bait runner reel.

“From there you are fishing on the bottom and the world is your oyster after that.”