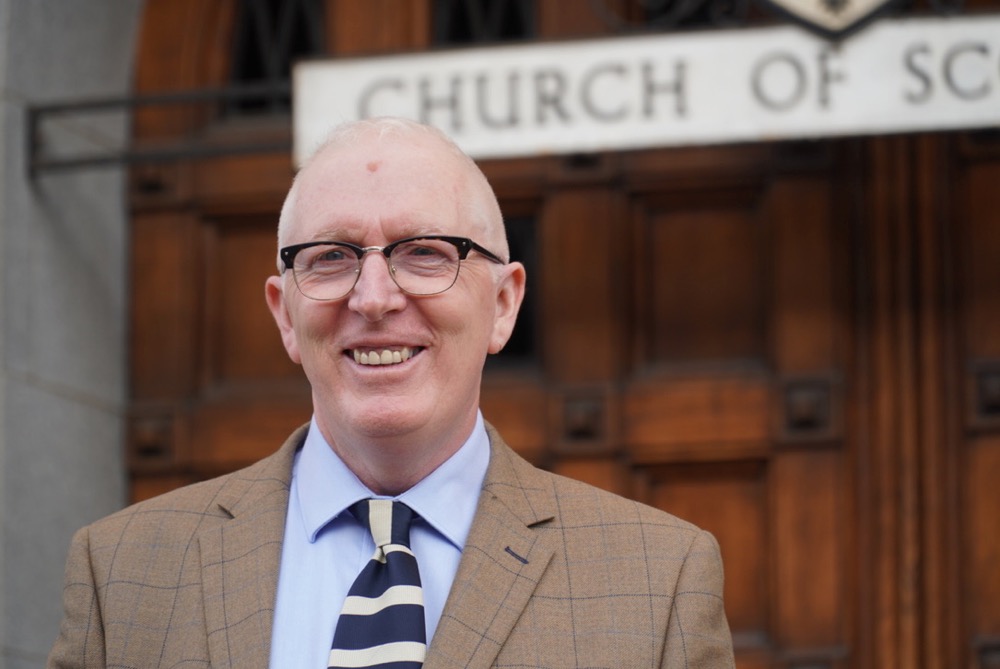 The new Moderator of the General Assembly of the Church of Scotland will be Rev Dr Martin Fair who is minister of St Andrews Parish Church in Arbroath.

The appointment of a minister from the town takes place in the year when the 700th anniversary of the Declaration of Arbroath will be celebrated.

Dr Fair is very excited about the new role and told us : “I am excited, absolutely excited to be in the role. My life within ministry has been absolutely about taking the church from its buildings out into the community. At a time when the Church of Scotland is really considering its purpose, its role, how it is going to more effectively engage with folks across the breadth of the nation, I think those are the messages we need to work at.

During his time as minister for the congregation at St Andrews Parish Church in Arbroath Dr Fair has been involved in setting up a mental health support service. He said he was devastated when Scott Hutchison of Scottish band Frightened Rabbit took his own life. He said that he could no longer stand idly by and has overseen the rollout of three services from the church’s social action project Havilah earlier this year. He believes that churches have a role to play to fill the gap in public provision as the statutory support for drug addiction and mental health is ‘desperately short’ of what is needed.

Dr Fair will leave his own congregation for the year when he is Moderator but is happy they will cope. He said : “They are a strong congregation and I would never have considered taking this role on had it not been for them being strong and having the capacity. They will manage absolutely fine without me, I am sure of that. It is a growing congregation. We have new folks coming around most weeks which is exciting. It just proves the message that we have in the Christian gospel is still relevant.

“The message is the same as it always has been but we have to do it in such a way that it resonates with people in the 21st century – and I think we are managing to do that.”

Rev Dr George Whyte Principal Clerk of the General Assembly introduced him saying : “It is my privilege and pleasure today to introduce Rev Dr Martin Fair as our Moderator Designate. I have known Martin as a friend and colleague for about thirty years. Martin is one of the most imaginative and inventive of our ministers. He has exercised a very faithful and successful ministry in Arbroath and he will bring that depth of experience to the task of being Moderator.”