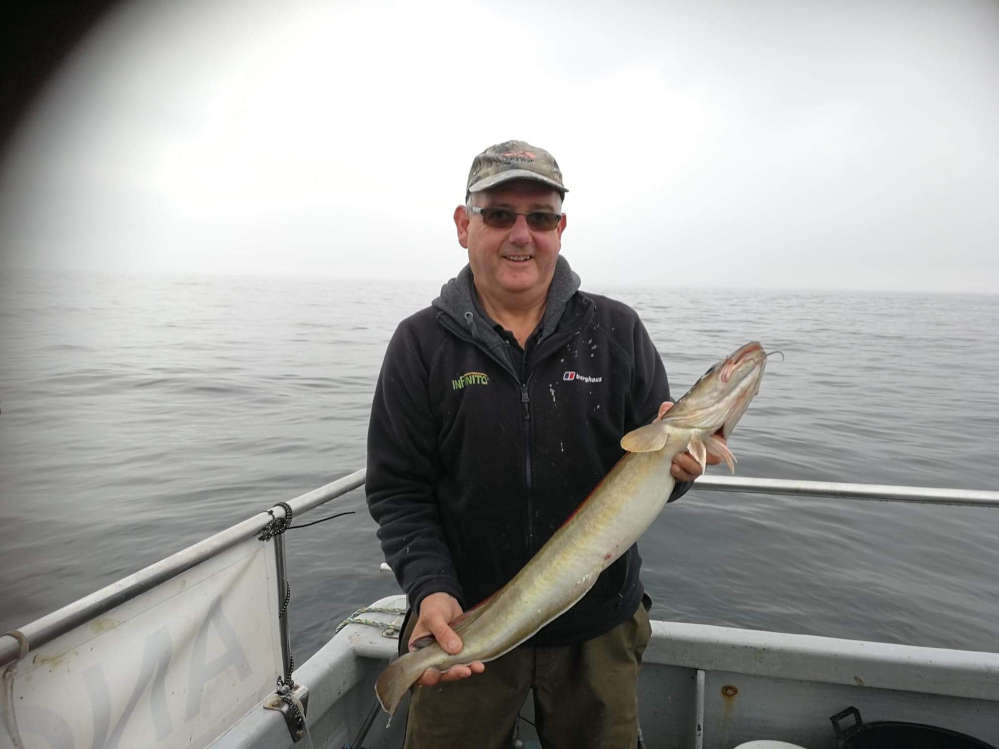 Neil Irvine landed a 22lb pike at Pottishaw near Whitburn. The fish was tempted by a buzzer and landed on a 5wt rod.

However, owner Fraser Thomson has now suspended fly fishing for pike as the water temperature is too high to ensure the safe return of big fish.

Anglers are recording notable catches at Markle in East Lothian. Des Gray from Dalkeith tempted a 9lbs trout on an orange blob and Jack Hay from Haddington landed an 11lb 8oz fish on a black buzzer.

Chris Barrett and his son hooked ten with the best at 8lb 9oz, mainly to buzzers, and Bruce Hunter from Edinburgh landed one of 9lb 2oz and returned a further four all to his home-made black lure.

At Bowden Springs near Linlithgow the trout have preferred the deep, cooler water during the day. Sink tip and intermediate lines are the best options with floating lines in the evening.

Top patterns were skinny buzzers, damsels and traditional fly patterns and John Todd from Livingston landed two rainbows and one blue for 9lb 4oz caught on a sedge pattern.

David Young from Edinburgh landed five fish for 16lb 4oz, the best being 5lb 5oz all caught on hothead damsel on a ghost tip head.

His bag weighed in at 17lb 8ox thanks to a fine net of carp and second was Darrin Ferguson with 11lb 12oz made up of silvers with the odd small carp.

At sea, Trevor Springford, skipper of Andara II out of Dunbar, reports that fishing has been good with some bigger cod starting to appear.

He added: “Mackerel are still scarce at Dunbar but fresh bait and sidewinders are doing the business.”