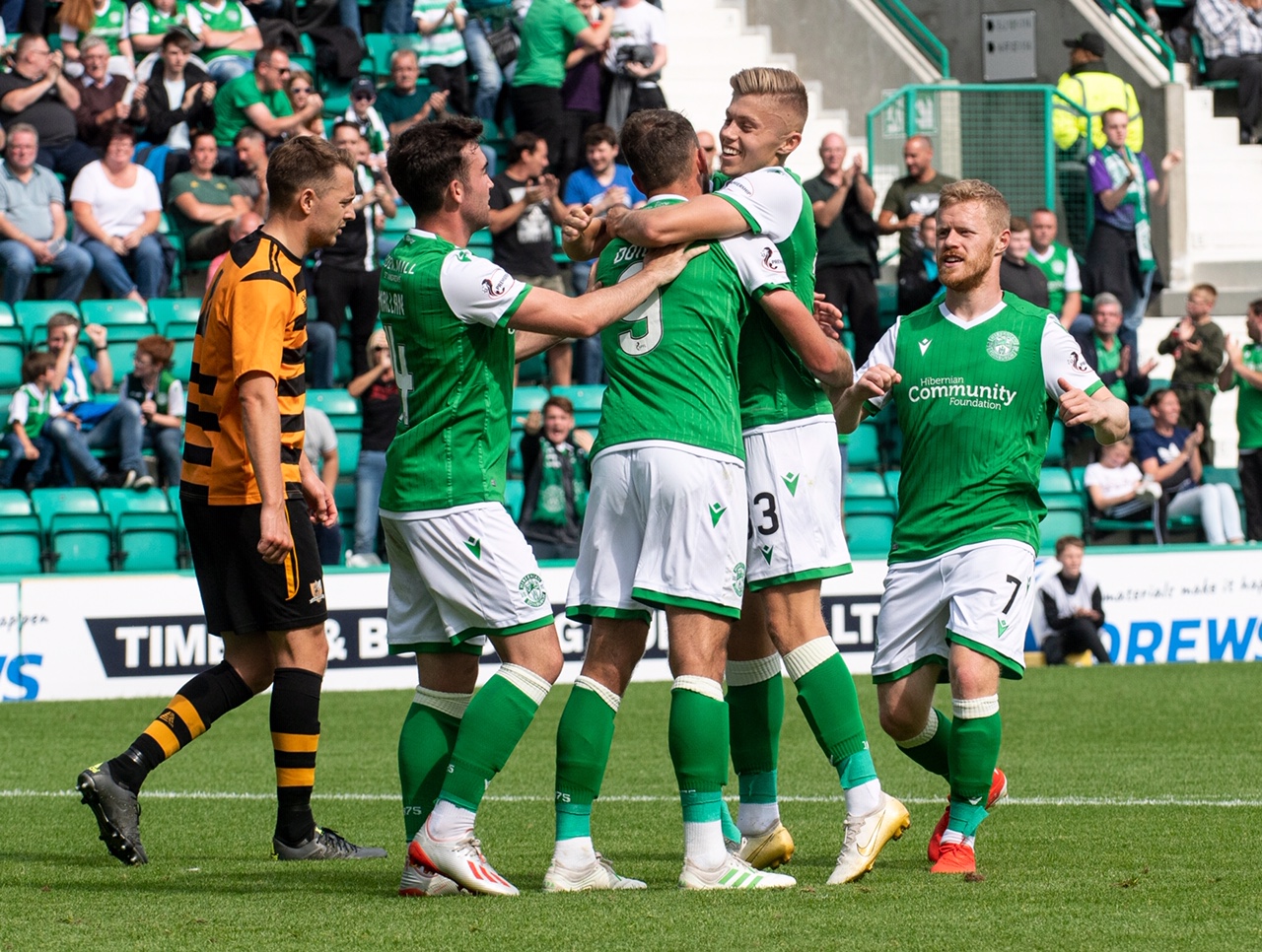 Martin Boyle returned to the starting line-up after missing the second half of the season due to an injury picked up on international duty with Australia and had the fans on their feet in the opening minute with a driving run and shot.

Hibs dominated possession and Steven Whittaker volleyed wide from the edge of the area then headed inches past the post from a Stevie Mallan corner.

Alloa keeper Neil Parry did well to save a powerful angled drive from Doidge and it appeared only a matter of time before the hosts opened the scoring, but the visitors managed to hold out until half time.

Paul Heckingbottom opted to reshuffle the pack in the second half with Scott Allan replacing Flo Kamberi and Josh Campbell making way for Fraser Murray.

Allan almost made an instant impact when his low strike was deflected goalwards but Parry produced a fine save.

The hosts should have had a penalty when former Hibs’ defender Scott Taggart bundled Doig over as he looked certain to head home a great cross from Paul Hanlon but referee Kevin Clancy incurred the wrath of the fans by waving play on.

Hibs eventually took a deserved lead when Doidge (pictured) latched onto a superb pass from Murray and knocked the ball over Parry and into the net.

The goalkeeper had to be replaced after colliding with the Welsh striker and he left the field to a standing ovation from the home fans.

Doidge appeared to have added a second when he headed home a Daryl Horgan cross moments later but he was denied by the flag of Chris Phillips.

With six minutes remaining, Hibs wrapped things up when Mallan set up James who curled the ball into the top right-hand corner of the net, leaving the substitute keeper stranded.

Whittaker missed a great chance in the dying minutes when he fired high and wide from close range but by that time the points were in the bag.

Next up for Hibernian is a home match against Arbroath on Tuesday 23 July at 7:45pm.