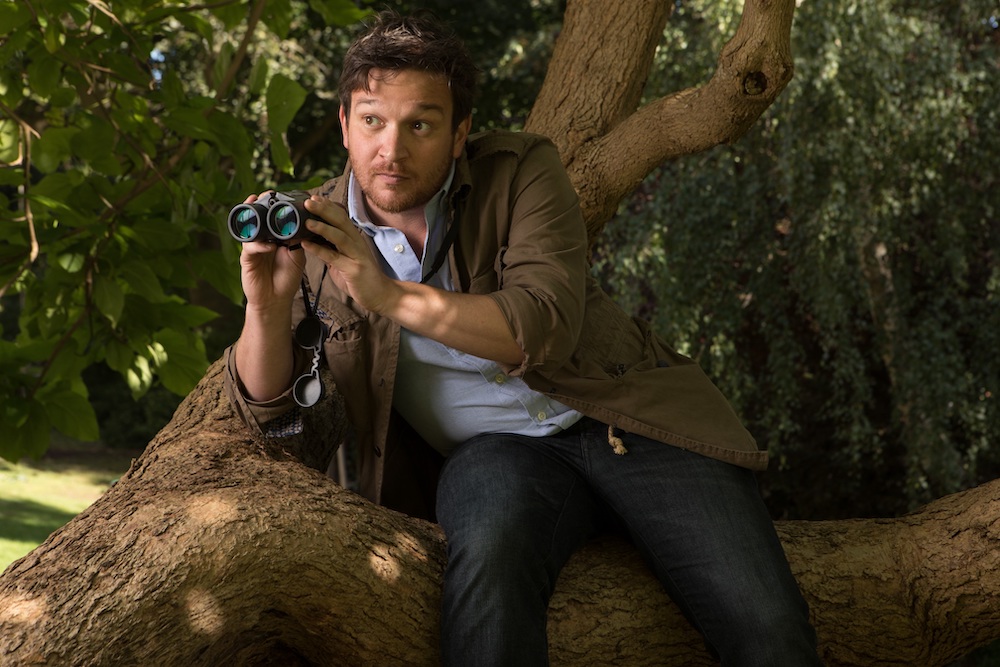 Not just dinosaurs, but anything prehistoric. My first fossil find was on a beach near where I grew up. I was five years old and was on a day out with mum and dad. We wound the fossilised shell of a belemnite, which was a relative of the squid we see alive today. It was over 100 million years old and that blew my socks off! It made me start questioning where all these ancient animals went, why we don’t have dinosaurs around now and how the planet could be so old. Obviously, I loved dinosaurs too and loved reading about them in all my old books, imagining what it would be like to see a T. rex walking through my garden.

So many people are obsessed with dinosaurs, both kids and adults alike. It’s hard to pin down exactly why we love them so much and I think it’s for a few different reasons. First of all, when we are growing up we love to learn lots of facts about things . . . the speed of fast cars maybe or the size of planets in space. Dinosaurs are the same and we love to learn how fast an Allosaurus could run or discover which was the biggest. I also think they inspire us through being so big, fierce and scary but we feel safe because we know dinosaurs can never hurt us because they’re all extinct (or are they?)

–          You are described as an ‘evolutionary biologist’ – what exactly does that entail?

I’m a Professor of Evolutionary Biology at the University of East Anglia. Sounds fancy doesn’t it but it’s the coolest job in the world. The ‘Biology’ bit just means I get to study all sorts of life – it could be anything that is alive or was ever alive, so anything from a chimpanzee or a Troodon, to a butterfly or monkey puzzle tree. The ‘Evolution’ bit means I study how these living organisms change and adapt over time. How does a changing marine environment affect sharks or how does predation from birds affect camouflage in lizards? All these changes are down to evolution. I study life and how it changes, and I share that knowledge with as many people as possible. Being a scientist means you get to study cool stuff like this every single day.

I have written six books so far. My series ‘So You Think You Know About Dinosaurs’ are pretty cool, even if I do say so myself. I wanted them to be the most up to date dinosaur books in 66 million years and although I wanted them to be enjoyed by young readers, the content should be the same as that which I teach to university students. I know young readers really want to learn and we don’t need to dumb stuff down, but with a few more cartoons, quizzes and examples, I think they can be enjoyed by young and older readers. Each book focuses on just one species and it was so hard to pick just six. Eventually, I chose Tyrannosaurus, Triceratops, Stegosaurus, Diplodocus, Velociraptor and Spinosaurus. There’s something there for everyone and between them, these dinosaurs really tell the complete story.

–          Here’s something we all want to know – which dinosaur would have been the most dangerous to humans?

Arrrrrgh, this is such a tough question. Is one T. rex worse than one hundred velociraptors? Even something like a Triceratops could have been deadly. It’s easier to say which dinosaurs would have been safe . . . there wouldn’t have been many. Stegosaurus had tail spikes around one metre long, Ankylosaurus had a tail club which could have destroyed a car and Argentinosaurus weighed so much that you’d definitely want to be stepped on. And they’re just the herbivores! Imagine what the meat-eaters would have done.

Ah, this is a question I get asked a lot. There has been huge debate and even some arguments between scientists. I’m not going to give it away – you’ll have to come to my show and find out. I’ll give you a clue . . . it’s not the one you think it is.

–          What dinosaurs would have roamed around this country many millions of years ago?

This is a really hard one to answer for each show right now.
We had so many prehistoric species that we’re spoilt for choice now. We had giant sauropods up on the Western Isles in Scotland, early relatives of T. rex in Wales and even the fish-eating Baryonyx on the Isle of Wight. There are also discoveries of marine reptiles such as the dolphin-like ichthyosaurs and super-predator pliosaurs all around our coastlines all the time. The best thing to do is get out there and go have a look or visit your local museum and discover what used to swim, fly, run and plod around near where you live, millions of years ago.

–           Were numbers declining before whatever environmental catastrophe wiped them out about 65m years ago and would they have become extinct naturally?

No, they weren’t. The Cretaceous period was the third major period of the dinosaurs and they were doing really well. Some of the most well-known dinosaurs were around right about the time when the asteroid struck. It was also the age of the titanosaurs – the biggest dinosaurs to ever live. If that asteroid hadn’t crashed into the sea just north of Mexico then in all likelihood, things might have been very different and you might really have had a Tyrannosaursus in your garden or a Protoceratops in your playground. But remember, the asteroid did not kill all the dinosaurs . . .

–          Have you ever been on expeditions to find dinosaur remains and where are the places most likely to find them?

I have. My favourite was when I went with Sir David Attenborough to Argentina to film the discovery and excavation of a true dino giant. The great thing about loving dinosaurs and living in the British Isles is that we have so many fossils of dinosaurs and other prehistoric species. There are certain beaches and riversides famous for fossils and you have a very good chance of finding the fossil bones of a prehistoric marine reptile or shark teeth or ammonite shells. You always have to go with an adult and thoroughly plan your trip because fossil hunting can be dangerous but it’s so much fun.

–          Do you identify at all with ‘dinosaur expert’ characters on film or television?
There have been some well-known characters on TV who study dinosaurs but usually they’re rubbish. Look at Ross from Friends . . . I’m pretty sure he couldn’t tell the difference between the head and butt of a Dreadnoughtus. Characters like that don’t inspire me. Real scientists are much better and inspire me every day. The men and women who spend their lives digging up fossils and investigating how these animals and plants lived are much cooler than a TV character.

Professor Ben Garrod is a broadcaster, author and evolutionary biologist at the University of East Anglia.

So You Think You Know About Dinosaurs

Pleasance Beyond, The Pleasance