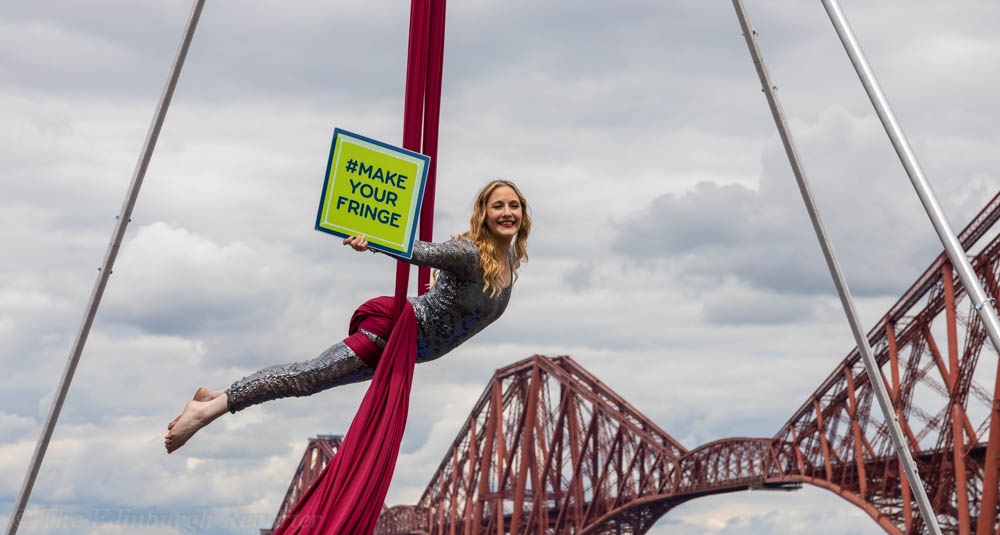 There is a real variety of new and unique venues which will be opening their doors at this year’s Fringe.

Two of the new spaces are in Leith – Quality Yard, near the Shore, is a street art exhibition space; while The Old Dr Bells Baths makes use of a newly renovated former swimming pool on Great Junction Street to host a strong music line-up.

Tynecastle Park, the home ground of Hearts FC, returns to host A War of Two Halves, while on a similarly sporty theme, The Grange Club in Stockbridge will pause hosting Scotland’s cricket team to put on the Vibe Revue Supper Club at The Grange.

At the more intimate end of the scale, the performers behind theatre show Arthur are creating their own venue, Your Home, asking audience members to open their doors and host the show.

Notre Dame de Paris aka The Hunchback of Notre Dame, on the other hand, will take place in a purpose-built circus big top and rig in St Patrick’s Church.

Venues are also treating audiences to inventive outdoor shows that are set to change every time. During Transfigured – The Pack (Dance Base), audience members will be taken to the Grassmarket and a card will be drawn to decide what performance they will see.

Meanwhile, escape room meets theatre in Standfast (C venues – C at Makars’ Court), an interactive adventure on the streets of Edinburgh, inspired by the works of John Buchan.

A short jaunt away from its Lothian Road premises, Traverse at Edinburgh Sports Club in the West End presents Spliced, a show about hurling, masculinity and mental health.

Pleasance has a new pop-up venue, The Greenhouse, located in the grounds of Dynamic Earth, which will include a programme of plays by BoxedIn Theatre, exploring environmental issues.

Gilded Balloon has two new venues – Patter Hoose, which showcases comedy, theatre, musicals and cabaret, and Old Tolbooth Market, which hosts a ‘Pay What You Want’ comedy and spoken word programme. C venues explores an entirely different sort of fringe at C at SESH Hairdressing in site-specific theatre show Hair of the Wild, while Monkey Barrel expands from two to five venues on both sides of Blair Street with its comedy programme.

Several of Edinburgh’s breweries, distilleries and whisky traders will open their doors to Fringe audiences this August. All Senses Ahead! at The Scotch Malt Whisky Society will offer music and storytelling alongside Scottish food and drink tastings; and Jeffrey St Whisky and Tobacco will take audiences on an immersive historical tasting in Whisky Through the Ages. Aficionados of Scotland’s national drink will also be able to take a dram in tasting events at Holyrood Distillery and the Robert Graham Tasting Room; while gin and beer fans will be able to sample their favourite tipples at Summerhall Distillery and Barney’s Brewery (both at Summerhall).