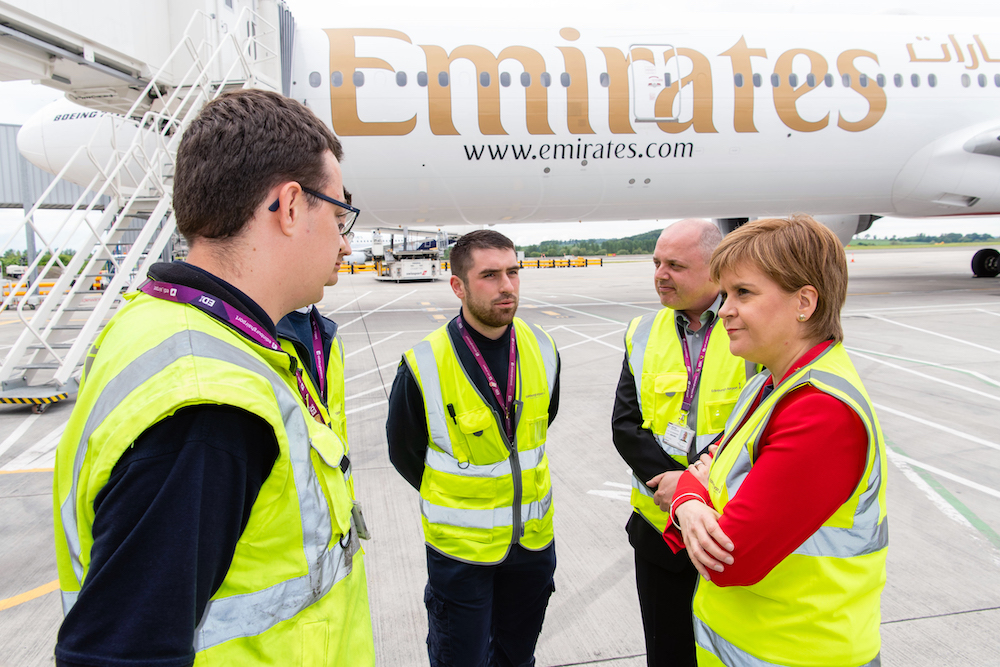 The newest part of the airport expansion programme was officially opened earlier today.

Notwithstanding the fury that CEO of Edinburgh Airport Gordon Dewar unleashed just last month when the Scottish Government decided not to cut Air Departure Tax as it had promised, they invited First Minister Nicola Sturgeon to cut the ribbon. (This was a ‘broadcast only’ event meaning that we did not get an invitation so we could not ask any direct questions about the move and the reaction to it.)

Only a couple of weeks ago Mr Dewar claimed that the tax move would harm the country and could lead to airlines scrapping flights.

However it appears to have been all smiles when the £75 million expansion of the capital’s airport was officially declared open today. It has been in use for some time and it was there that the new Emirates flight arrived in October last year.

There are new gates, stands and arrivals halls in the extension accessed from the main part of the terminal. There are new places to pick up your bags from and there is a bigger immigration hall. All domestic and international passengers now arrive at the same place – at the trams end of the airport – and there are new food and drink outlets in the departure lounge.

Brewdog have opened their first airport bar in the departure area near Gate 12 as well as Pret.

The airport says this is all part of a £300 million investment in the airport with a new baggage system new stands improved check-in facilities and a new access road all part of the scheme.

Ms Sturgeon was given a guided tour of the new part of the airport terminal, speaking to staff and passengers in the Special Assistance seating area.

First Minister Nicola Sturgeon said:“I am delighted to open this terminal expansion, further establishing Edinburgh Airport as a gateway to Scotland from the rest of the UK and internationally.

“Edinburgh Airport not only supports our business and tourism sectors but employs 700 people directly and 7,000 through partner businesses – I was particularly pleased to meet engineering apprentices who are learning their trade in a fast-paced environment such as aviation.

“This £75 million investment will future-proof the airport for continued growth. As an outward looking nation, it is now more important than ever that we enhance connectivity with our European partners and with the rest of the world.”

“More than 14 million people come through our doors every year and we have invested to accommodate even more as more and more people choose air travel to come to Scotland or to visit the world around us. We want that experience to be as positive as possible and this expansion provides greater options, including the ability to achieve greater connectivity.

“I’m delighted to be able to show the First Minister what we have delivered and to demonstrate the commitment and dedication that our staff and everyone involved in the construction of this expansion. I can think of no better reward than having the First Minister here to celebrate their work.”

Only last week the council ratified a decision by the planning committee to approve the International Business Gateway next to the airport, despite fears expressed by the airport bosses that the development would only add to the congestion on Eastfield Road. As this is a development of national status it will be referred to Scottish Ministers for a final say. 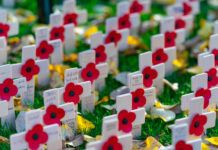 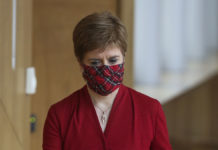 First Minister – address to the nation 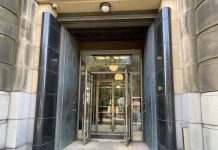