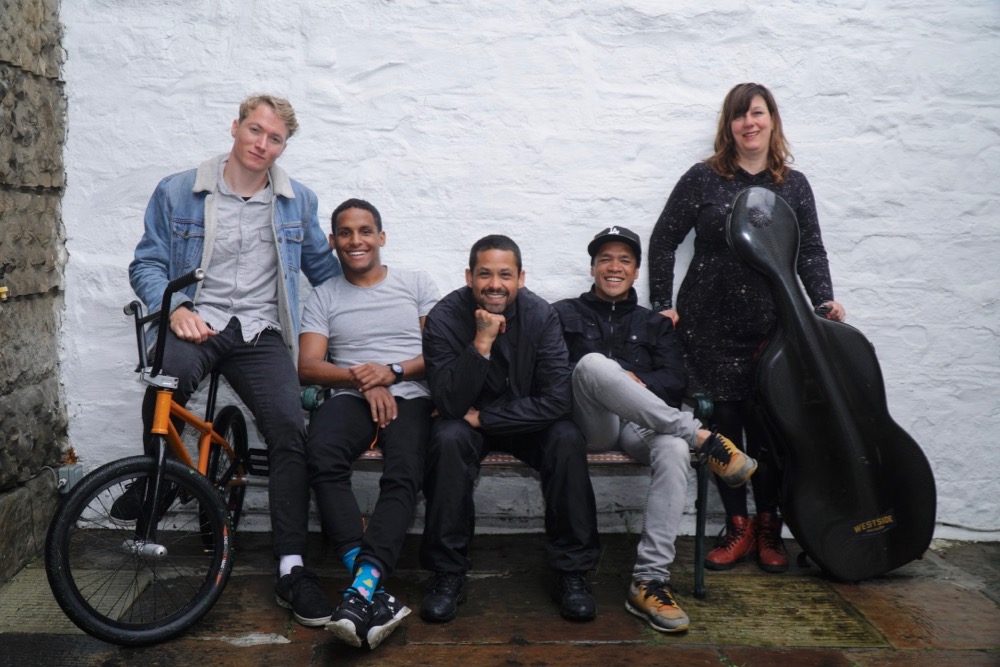 At Pleasance at the EICC expect an explosion of energy from these Dutch dancers in their show Elements of Freestyle. We met them in Edinburgh on a very rainy day when it was difficult to show off their acrobatic skills, but they are a lively bunch and we look forward to seeing the show this August.

We just met the ISH Dance Collective. What a talented bunch they are- here is Director Marco Gerris telling us about their show @ThePleasance @eicc this August pic.twitter.com/FWYRs3DJ4Q

The company is based in Amsterdam and encompasses a lot of street disciplines like breakdancing (too wet for that outside today!). We had a chat with Marco Gerris the Director and founder of ISH Dance Collective. He explained that his own career started with skating and he can do just a little of everything that the guys in the company can do.

He said : “We are bringing all of these disciplines to Edinburgh in what will be a very spectacular show. In the meantime we are heading back to Amsterdam where we have a lot of places we can practice even if it is raining. We are used to it! We have a spectacular décor which is four mini ramps to let everyone go in and out and suddenly it becomes a play garden for the free runners. Next it becomes a play area for the skaters so there’s a bunch of everything.”

As well as the acrobatics there is some music – with a cellist and a violinist who Marco describes as ‘extreme’ using a lot of electronics in their music.

They aim to show you the seconds which make a complicated trick succeed. Whether it is breakdancing, inline skating, skateboarding, freestyle basketball, BMX or free running the audience will get to know the artistry behind the trick.

But you still won’t believe your eyes!

This is a collection of people who really think that borders don’t exist and the world is a playground. Their stages are constantly moving to create cliffs, ramps and complete cities in front of you.

They have collaborated with the Dutch National Ballet in the past to create new hybrids at all levels of each performance.