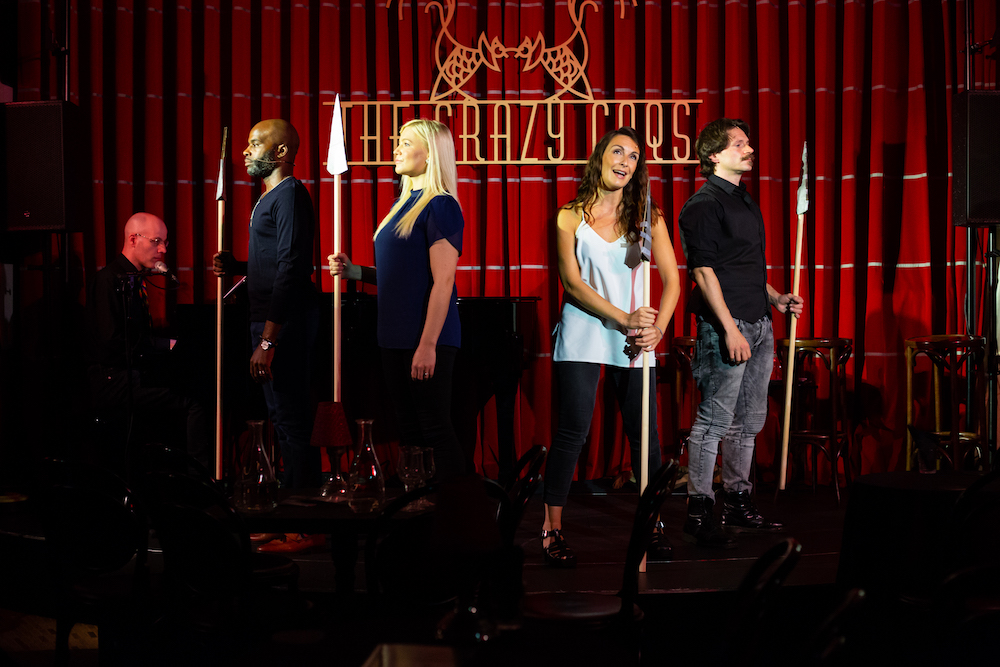 From wide-eyed drama school graduates to brattish divas – I Wish My Life Were Like A Musical is a comic exposé of the big personalities and turbulent lives in musical theatre.

This award-winning musical revue has been created by acknowledged “genius in comic songwriting” (Cabaret Scenes) and iTunes comedy album chart-topper Alexander S. Bermange, who has spent a lifetime working in the industry.

A cast of West End regulars reveal the innermost secrets of their world – embracing everything from the off-stage feuds to the on-stage smooches, and from the limb-spraining high kicks to the voice-straining high notes.

Edinburgh Festival Fringe audiences will be able to enjoy this delightful blend of wit, whimsy and warmth at the Underbelly, Bristo Square (The Dairy Room, Venue 302) from 31 July to 26 August.

I Wish My Life Were Like A Musical boasts a West End Wilma Award for Best Cabaret, and a Broadway World UK Award nomination for Theatrical Event Of The Year, for its 2018 London run.

Bermange is a composer and lyricist whose credits encompass numerous musicals produced in the UK and internationally, and a multitude of comic songs for BBC Radio 4 and the BBC World Service. He was inspired to write the show in response to the public fascination with the secrets of musical theatre.

He said: “There’s a tremendous curiosity about the lives of professional performers – I often see people asking them about the incredible highs and unbearable lows, and about working with the more challenging characters who populate the industry!

“I wanted to answer all those questions… and the others that people never dared to ask. The show takes a glimpse behind the curtain in a way that’s funny, irreverent, but brutally truthful, for theatregoers and theatre folk alike.”

A chronological caper through the ups and downs of a performing career, I Wish My Life Were Like A Musicalfeatures all the awful auditions, debilitating dance routines, mid-performance mishaps, and backstage backstabbing. And it celebrates the magical moments that make it all worthwhile.