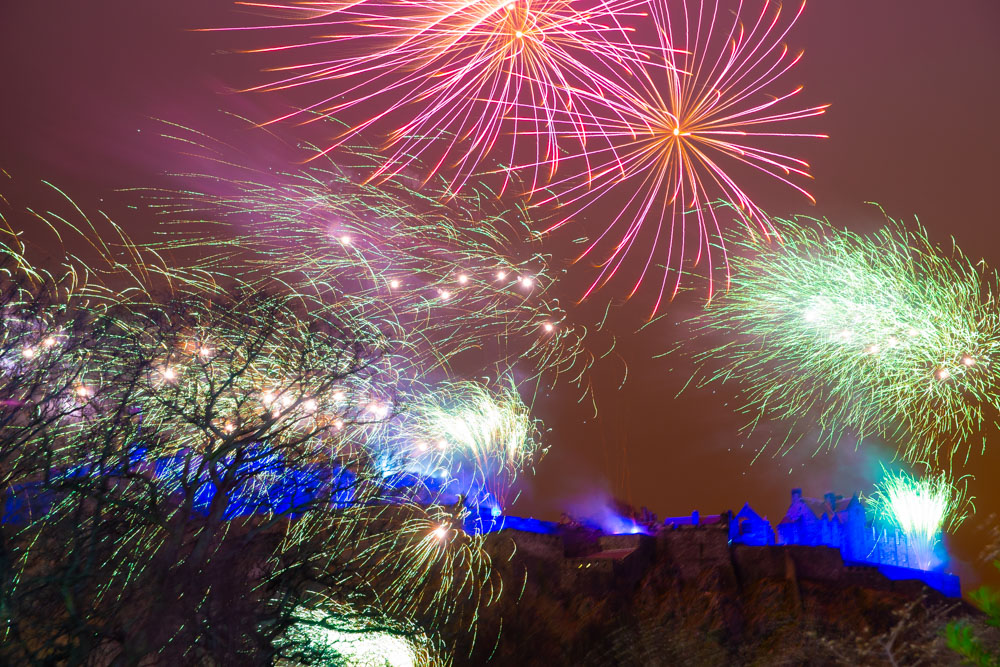 So that was how Edinburgh welcomed in the New Year, 2019. There was music, fireworks, music, singing and dancing. From the gates opening at 7.30pm to those with tickets, the party got going and did not stop even after the final firework.

Happy New Year to you all!

Franz Ferdinand blew it out the park with a set including Take Me Out, Dark of the Matinee and an emotional rendition of Auld Lang Syne.

Metronomy ramped up the energy in the audience with The Look and The Bay, and hair flicking, bare footed Free Love kicked off the action on the main stage.

Headlining the Waverley Stage, Gerry Cinnamon’s fans chanted ‘til he took to the stage.

Opening the Waverley Stage Stephanie Cheape boosted the bass with her dark pop opener. Edinburgh band Vistas ramped up the party and hands were in the air as Snap!delighted kicked our off 2019 with Rhythm is a Dancer.

Superstar DJ Judge Jules made his Edinburgh’s Hogmanay debut, taking the audiences up to the Midnight Moment with a rocking set on the stage over Castle Street.

Edinburgh born, The Mac Twins kept the party goers perky throughout the night as the official hosts of this year’s Street Party and turned up the party with a DJ set after midnight to keep them dancing through to 1am.

All around the arena entertainment came from every angle and from Scotland and nations across Europe in a celebration of our relationship with those countries. Hugely popular were the spectacular illuminated horses of Compagnie des Quidams which danced and popped up in unexpected places.

Louise Marshall returned with her all female Divas and District Pipes and Drums, Got Soul Choir returned to get everyone singing, PyroCeltica were spectacular on the podium stage, and Prizon Break Rockerz, Belgium’s most talented breakdancing troupe impressed many with their energy and moves.