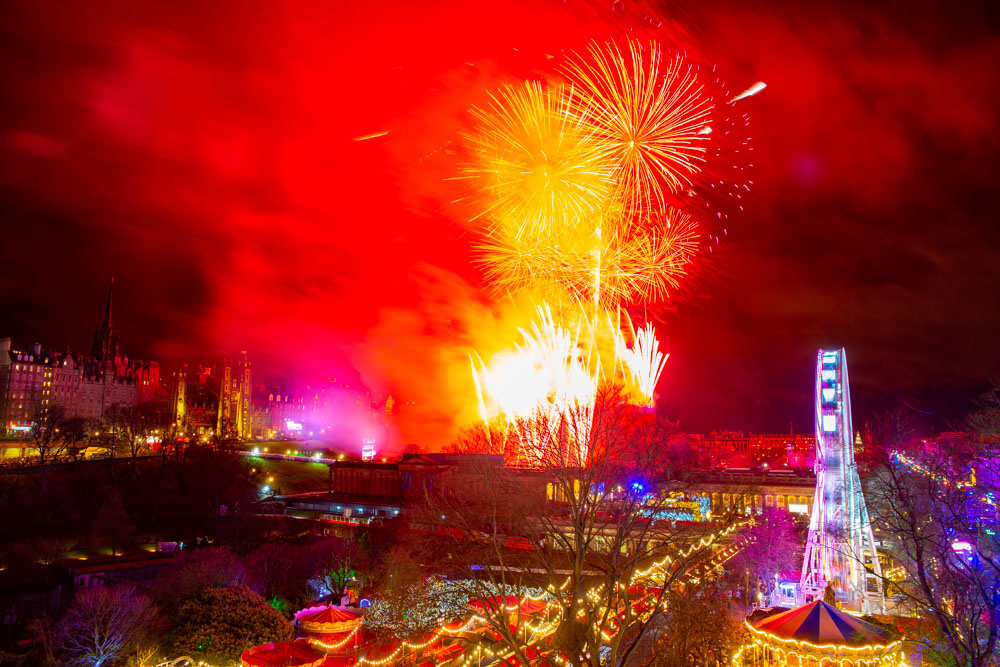 We know there are some who think that the fireworks in Edinburgh are a waste of money or something which is frightening for domestic pets. All of these are valid points of view. But forgive us if we say that as a visual spectacle the Hogmanay fireworks puts Edinburgh on the map. And it is a great photography opportunity.

Here are some shots from the Midnight Moment taken from the Gothic Rocket itself – the Scott Monument. Come the hour there was a bit of wind and a lot of smoke from the display. But we think the effort to get up there was worth it!

Charlie Wood and Ed Bartlam, directors of Underbelly who produce Edinburgh’s Hogmanay on behalf of The City of Edinburgh Council said: “We Love You. Tonight Scotland celebrated with the world its cultural and social connections with Europe. Our artists gave the crowd the most amazing and passionate performances and there was a tremendous atmosphere across the arena. Thank you to all who made this possible and we look forward to seeing you again next year.”

Chief Superintendent Kenny MacDonald, Event Commander for Edinburgh’s Hogmanay, said: “We have been delighted with the behaviour and attitude of the vast majority of revellers in Edinburgh this Hogmanay.

“No arrests were made by our officers and we would like to thank the public for listening to safety messages and ensuring that Edinburgh welcomed in the New Year in an entertaining, but safe environment.”

Cllr Donald Wilson, Culture and Communities Convener for the City of Edinburgh Council, said: “Edinburgh’s Hogmanay has long been the envy of cities across the globe. With one of the best ever artist line-ups ever, tonight has been a truly fantastic event, bringing together 75,000 revellers from all over the world to bring in the bells in the heart of Scotland’s Capital with a fantastic fireworks finale. The events provide a massive injection into the city and the country’s economy and showcase Scottish culture to people all over the world.”

David Cutter, President of Global Supply and Procurement, Diageo said: “As hosts of Edinburgh’s Hogmanay Street Party this year, it’s been a fantastic event for Johnnie Walker to be part of.

“Welcoming visitors and locals of Edinburgh to one of the world’s biggest New Year celebrations, has been a brilliant way to close 2018 as we look to an exciting year ahead.

“We hope all those that attended the event enjoyed their dram of Johnnie Walker at the festivities and have a happy new year for 2019.”

Tonight’s Street Party hosted by Johnnie Walker came hot on the heels of the Torchlight Procession on 30 December and ahead of The Loony Dook and Message from the Skies on New Year’s Day, which runs through to Burns Night in a unique cross artform collaboration with ten of Scotland’s best artists, designers and musicians, six Scottish or Scotland based writers will pen a love letter to Europe which will be projected on to buildings across the city.

For those attending the Loony Dook the procession starts just after 12noon and we expect the dippers to be dooking by 12.30pm in South Queensferry. Further information is available here https://www.edinburghshogmanay.com/whats-on/loony-dook

On 1 January there will also be two concerts from spectacular folk talents Carlos Nunez and Capercaillie at the stunning McEwan Hall. Carlos has been described as the Jimmy Hendrix of folk music and is set on giving the audience a fantastic, fast paced night of music making. Capercaillie is one of Scotland’s most popular folk outfits with a global following. Both concerts will feature a line-up of special guests. 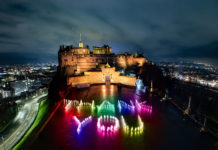 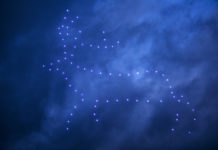 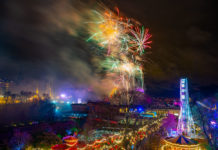 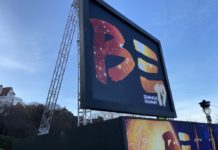 Edinburgh’s Hogmanay 19 – Be Together 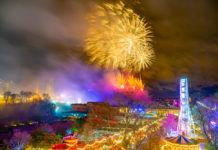 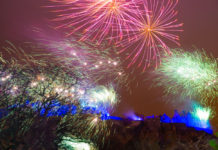 Thousands welcome the New Year with music and spectacle in Edinburgh 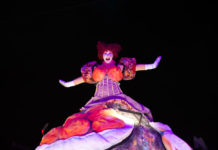