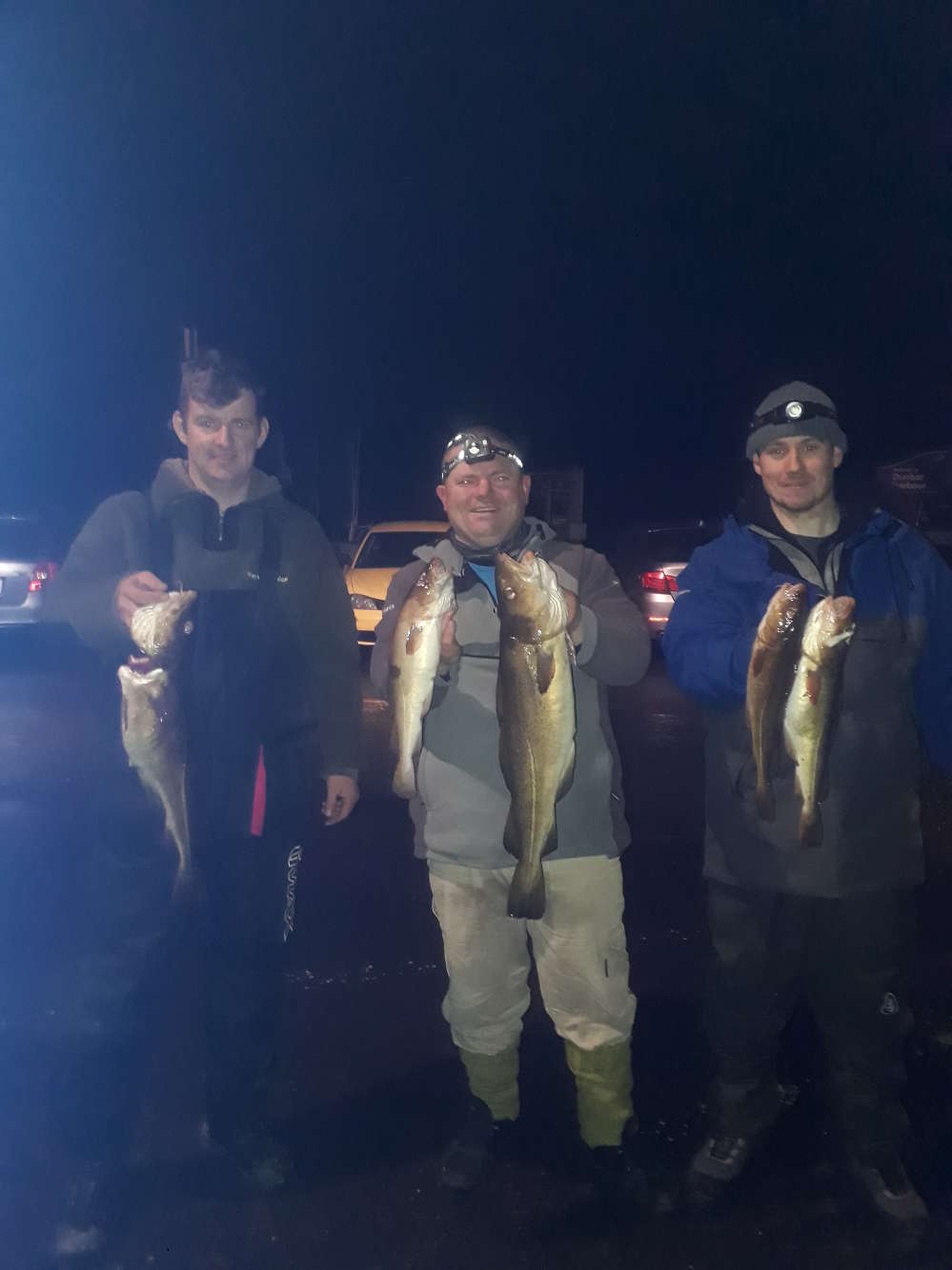 Craig Ogilvie won the latest round of the Bass Rock Shore Angling League based in East Lothian.

The North Berwick-based fisherman landed two cod weighing a total of 8.40lb in the eighth round of the popular event.

It was held at Dunbar and second was local angler Chris Empson with a bag of 4.40lb, including two cod.

John McHale from Bonnyrigg was third. He was making his debut fishing as a visitor and his one fish was 4.30lb.

Ryan Barnett from Edinburgh was fourth with two cod for 2.60lb and North Berwick angler Shaun Gardener was fifth with a 1.5lb codling.

Craig also won the biggest fish, a 6.60lb cod and the hotspot was the harbour sea wall at Dunbar.

The club run a summer and winter league every second Wednesday night in the month and registration is at 6.30pm. The fishing starts at 7pm and ends at 10pm.

Annual membership is £10 with £10 at each event for a sweep and you are allowed two visits then you must become a member if you wish to continue fishing in the events.

The next event is on Wednesday, December 19 which is the club’s Christmas Hamper evening.

Craig said: “Visitors are most welcome to come along and fish with the lads.”

Also in East Lothian, Chris Halliday, the chairman of Musselburgh and District Angling Association (MDAA), made his first casts on the River Esk and he is especially keen to encourage youngsters into the sport he loves.

Halliday said the committee were currently looking at different projects to achieve this and another objective is to improve and maintain the habitat for future generations, and that is not just the fish.

That is why the committee have forged close links with the Forth Rivers Trust (FRT) and the Forth District Salmon Fisheries Board (FDSFB).

Halliday confirmed that MDAA will be organising volunteer days on the river next year and the work parties will be involved in bank clean-ups in a bid to control invasive species like Himalayan Balsam and Giant Hogweed.

And he encouraged any local groups or organisations who use the river to contact him if they think they can work together to improve the river.

Fishermen are due to return to the river later this month as grayling permits are scheduled to be sale from December 6 at Ace Bike Co at 101 North High Street, Musselburgh, behind the Brunton Hall (open Monday to Saturday 9am to 6pm and the Open All Hours convenience store at Eskview Road and Riverside Gardens (green canopy). The permits run from December 26 to March 14 and are priced at £15.

Fishing is from Wednesday to Monday, Tuesday is a non-fishing fishing.

All fishing is catch and release and by fly only and there is only one rod allowed per person. Anglers should only use barbless hooks.

And the permit area is from the estuary to the boundary with Buccleuch Estate, almost under the A1 trunk road, on both banks.