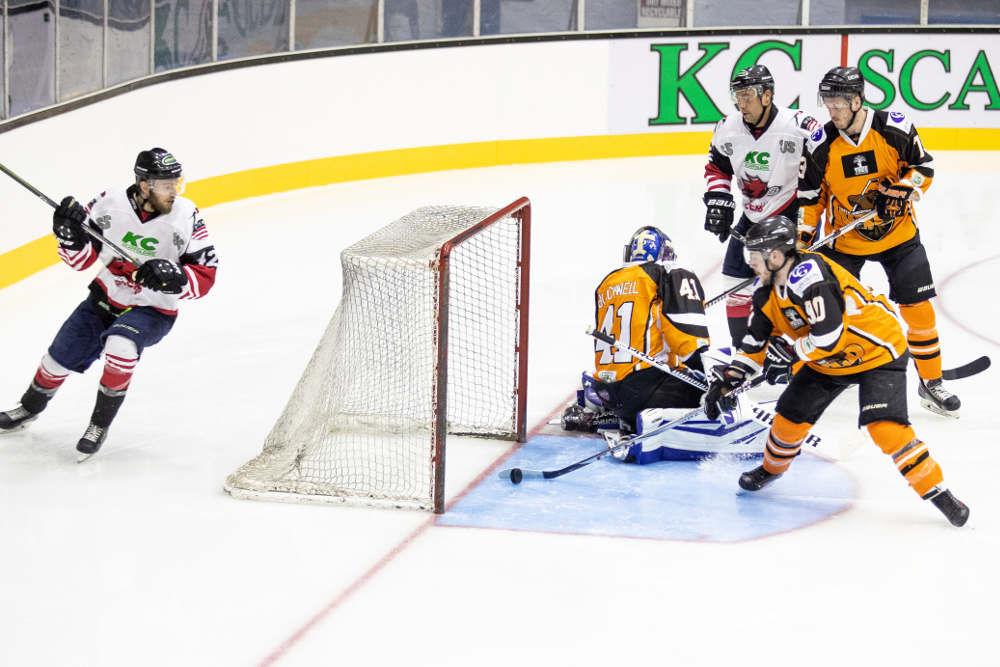 Murrayfield Racers were edged 6-4 by Solway Sharks who move into the semi-finals of the National Ice Hockey League, North Cup, thanks to the win in the Capital.

But they tightened up their defence and Tony Hand, Racers’ director of hockey, can take something from the scoreline as this is the closest his men have come to earning a point in their inaugural season in the North Cup.

Paul Crowder, Brett Bulmer and Marcus Basara all failed to hit the net for Fife after the sides were deadlock at 2-2 in normal time.

Misfiring Dundee Stars skidded to their fifth straight defeat which sent them to the bottom of the 11-strong table.

Cardiff Devils, the play-off and league champions, won 6-3 at The Dundee Ice Arena despite being 2-1 behind after 15 minutes.

The sides were locked at 3-3 after 28 minutes but three unanswered goals from Layne Ulmer, Stephen Dixon and Jake Morissette between the 36th and 60th minute settled the issue