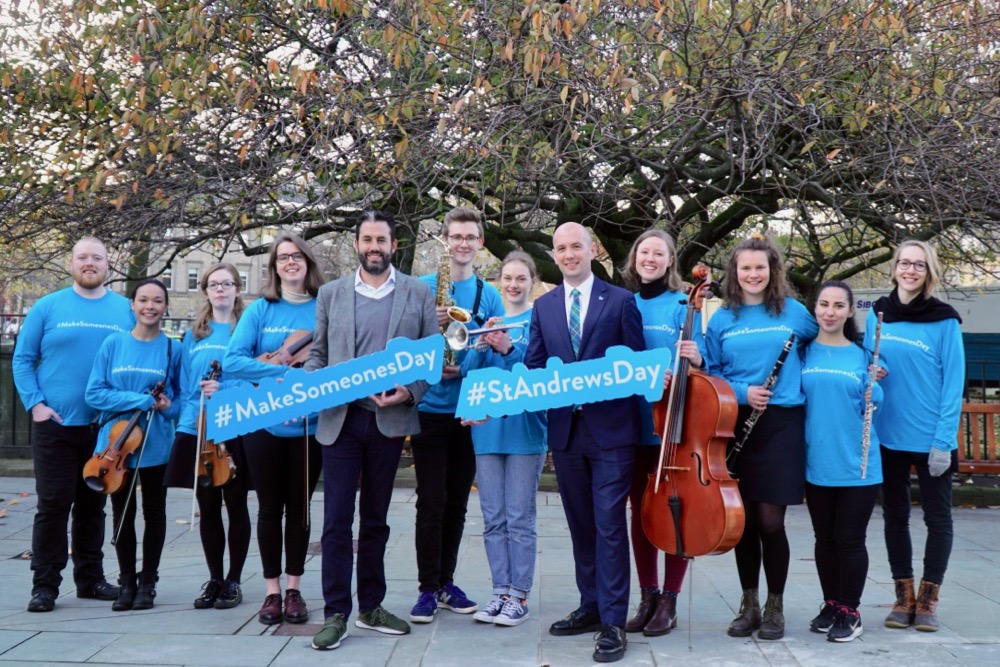 The new celebration of St Andrew’s Day is bound up with the Fair Saturday movement which began in Spain.

We met the founder the other week when he visited Edinburgh. You can read more about that here.

At this week’s Culture and Communities meeting the Vice-Convener Amy McNeese-Mechan urged all councillors to spread the word and get involved with the day.

The idea started with a notion that there had to be a backlash against Black Friday and the consumerism it promotes.

Cllr McNeese-Mechan told The Edinburgh Reporter : “I see Fair Saturday as an antidote to the infectious Black Friday phenomenon, which has spread like a cancer from the U.S. in recent years.

“I feel particularly passionately about it because Black Friday is the antithesis of Thanksgiving, the day it follows, which is a holiday set aside to give thanks for what we have. It’s a time for family and friends to cook, eat, watch parades and football games, and rest. But some clever marketers decided that the very next day, we should be whipped into a frenzy of accumulation, queuing up in droves and pushing others out of the way to acquire things – often pushing people who can ill afford it into debt with the notion they’re grabbing a ‘bargain’.
“So Fair Saturday seeks to restore the balance, to bring us together, not as family, but as community. To use culture as a way to celebrate our lives, and all the good things that are happening around us. What a fantastic concept – and of course one that fits perfectly with our remit in Culture & Communities!”

The Scottish involvement is the first time that a country other than Spain has organised such events and the programme got under way with a concert at The Queen’s Hall on 27 October 2018 with the Nevis Ensemble and now there is a list of Edinburgh events which you can access here.

With just one week to go a survey has reported that the average shopper in Scotland expects to spend £159 before the day itself and will spend £356 in total.

Peak time for Black Friday shopping will be 10.22am, according to a survey for Digital Commerce Platform Kooomo (www.kooomo.com).

You are encouraged to do something for others on the day #MakeSomeonesDay and there is a whole programme of events across Scotland. Usually there is a charitable fundraising element attached.

Cllr McNeese-Mechan lodged this motion to the Culture and Communities committee :

And in The Scottish Parliament Tom Arthur MSP lodged this motion yesterday :

That the Parliament welcomes the celebration of St Andrew’s Day; understands that the theme in 2018 is, Make Someone’s Day; notes the view that everyone should celebrate the national day; believes that it is an opportunity to promote Scotland to the world as an inclusive and outward looking nation; welcomes the launch of St Andrew’s Fair Saturday, which will take place on 1 December; understands that this will be a celebration of arts and culture, and considers the celebrations to be an opportunity for people in Scotland across all faiths, beliefs, cultures and ethnic origins, and Scots internationally, to mark the contribution of Scotland at home and across the globe.