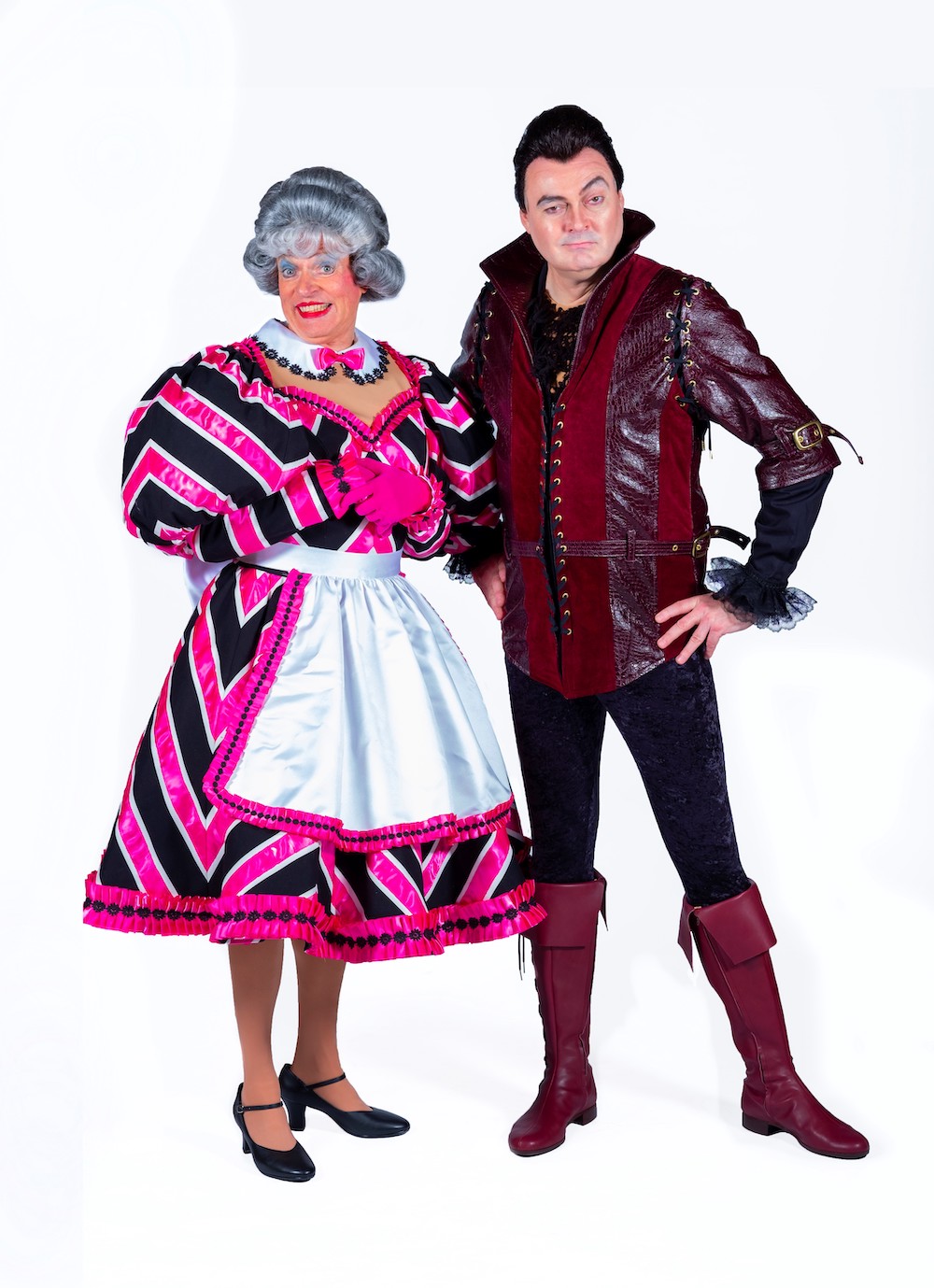 Beauty and the Beast comes back to The King’s this year for the first time in over fifty years. We are promised that this production will be brought up to date with songs and special effects and look forward to Press Night next week.

But of course the show is nothing without its stars and so I went along to meet Allan, Grant and Gillian who will hold the show together. Sadly this year it will be without the immense presence of Andy Gray as he is taking some time out due to illness. (But they hope he will be in the audience at least once!)

Of course meeting up with panto giants Allan Stewart and Grant Stott is never a serious matter, and now add to that their colleague Belle, otherwise Gillian Parkhouse, who played Cinderella last year, and it was a very entertaining half hour. This, at the end of the first week of rehearsals, when they had already done two run throughs of the show that day.

Grant is back in trousers for this year’s show as Flash Boaby (not a play on the fact that he was a policeman in an earlier life – I did ask!) Grant said : “He is the villain of the piece – chauvinistic, unpleasant, thinks he’s the bees knees and so in his head all the women fancy him. Therefore he has his eye on Belle and thinks she is naturally going to fall in love with him.”

Gillian revealed that this may not in fact be the case. She took up the story of Grant’s character : “He’s vain, he’s selfish, he’s arrogant…….”(‘Aye and he’s Grant Stott’ interjects Allan as if on cue..) You can listen to our interview with them in full here.

This panto is probably already sold out but you can try the King’s Box Office to see if they have any tickets going abegging. They expect an audience of over 90,000 during the run between 1 December 2018 and 20 January 2019.

And the stars had this message for you……

A message to our readers from @GrantStottOnAir @Gillianmtc and Allan Stewart who are in @captheatres Panto this year Beauty and the Beast which opens tomorrow #turnupthevolume pic.twitter.com/ZZNR00kU7B

Beauty and the Beast

Tickets can be booked on 0131 529 6000 or online www.capitaltheatres.com/beautyandbeast