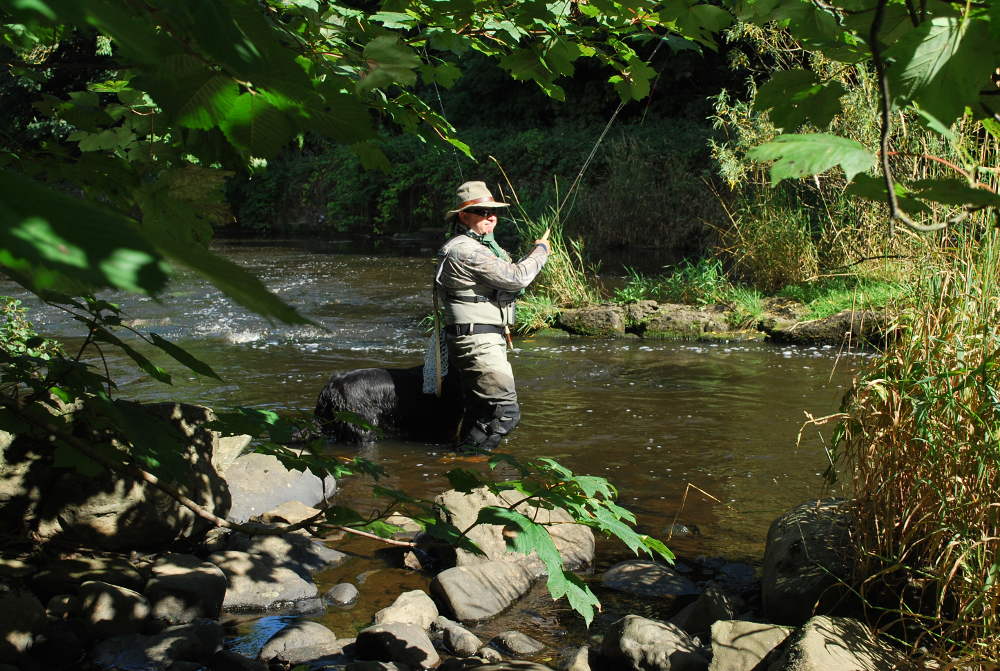 Trout and grayling fishing has now closed on the River Tweed and Peter Reith, secretary of the Peeblesshire Trout Fishing Association, said the first two months of the season were good.

He added: “From June to August the weather was too hot and not many fish were caught.

“September saw water levels back to normal and catches went up but the weather was quite windy and casting was difficult.”

Trout fishing has ended on The Water of Leith and The Almond and anglers are urged to get their catch reports in as soon as possible.

Glencorse Reservoir closes for the season on Saturday, October 13 but Tweeddale Millennium near Gifford remains open.

Their winter league starts Saturday, October 27, and owner Bill Taylor said this is a friendly and popular competition which runs every second Saturday.

Anybody can enter and details of the entry fees and cash prizes are available by
ringing Scott Donaldson on 01620 810009.

Loganlea Trout Fishery in The Pentland Hills reports swings in the behaviour of the fish due to the weather.

Karen Jack, the owner, said: “One day it’s about surface action with dries, hoppers and muddlers, the next it’s sinking lines or intermediate lines with lures or nymphs.”

Boat anglers have generally produced better results than those on the bank and the end nearer the dam has produced more fish with some anglers claiming bags of ten or more fish.

Fishing instructor Steve Culbert was there on Sunday from 10am to 2pm to offer tips to anybody buying a permit on the day.

Nearby, Harlaw above Balerno remains open despite low water levels. The day permit has been cut by £5 to £20.

Morton Fishings report good catches despite high winds and driving rain. Norrie Todd landed four fighting fish and was broken by two and, on the same day, another angler landed 15lbs of rainbows with two of his best fish coming in two casts.

Offshore now and Jane McMinn of Braveheart Charters in North Berwick reports that gannets remain and are still diving, she presumes, for mackerel.

Jane added: “Small cod are being hooked from the boat and other cod are still around.”