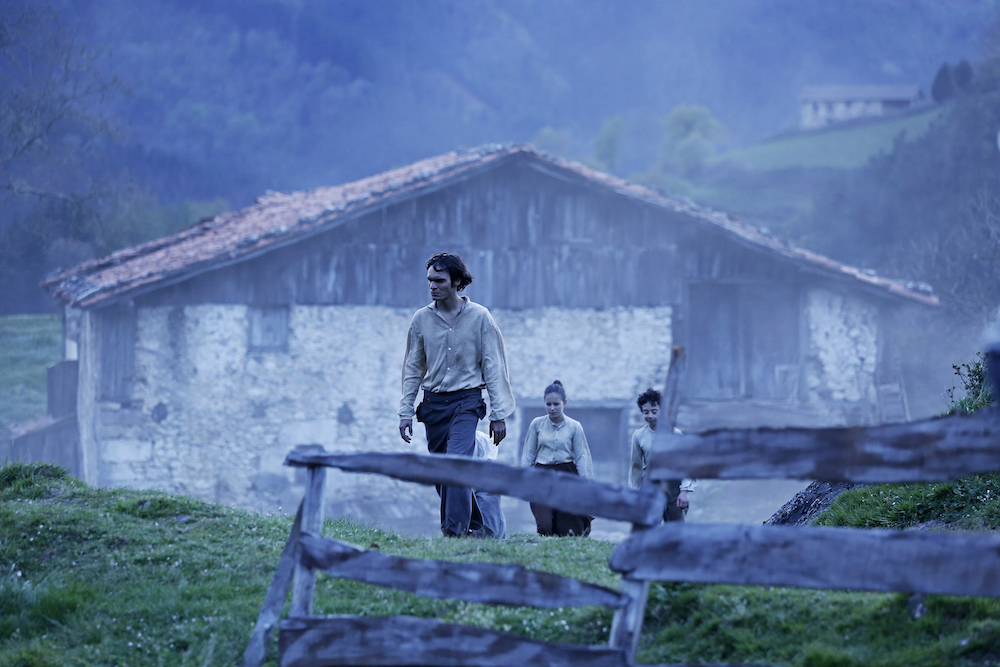 The opening film is Giant directed by Jon Garano and Aitor Arregi – this period drama, based on a true story, has been awarded 10 Goya Awards.

The ESFF has announced that Jon Garano will present his film on the first night. The Festival launches an exciting programme that includes the Scottish premiere of Hopelessly Devout directed by Marta Díaz de López, and Verónica directed by Paco Plaza.

As in previous years 2018 will include a focus on regional cinema. As well as Basque cinema with Giant there will be screenings of The Bastards Fig Tree (Ana Murrugaren ), Black is Beltza (Fermín Muguruza), and Militiawomen (Tania Ballo) all of which are from Catalonia.

The festival also features Latin American films with unprecedented screenings in Scotland such as Help Me To Make It Through The Night (Jose Ramón Chávez) and A Fantastic Woman (Sebastián Lelio). The audience will be joined by a variety of film industry professionals for Q&As and panel discussions throughout the festival. Many of the films are suitable for all ages and in addition there will be a special screening of Nur And The Dragon Temple for schools at 10am on Wednesday 3rd October. There will also be workshops which will explore Spanish language, cinema and youth taking place in schools throughout Scotland.

Marian A. Aréchaga, curator and director of the festival, said : “The main objective of the festival is to support Spanish cinema, and to use film as a vehicle to promote the Spanish language and culture to a wider audience. I am particularly grateful to the institutions that have helped us to create a platform where Spanish and British industry professionals can meet.”

On 5 October the day will be dedicated to Spanish gastronomy. This year the spotlight falls on Andalusian cuisine, highlighted with a selection of high quality wines, sherry and delicacies from the region, accompanied by a show, ‘The Art of Believing’ performed live by the Daniel Martinez Flamenco company at Potterrow, Bristo Square. There will also be a Street Food Market in the same venue on Potterrow, Bristo Square on 3,4 and 9 October for schools and 5 and 6 for the public.

Other events include Bravo! – an exhibition of illustrations by Pilar García de Leaniz at the Filmhouse Café Bar. These works have a special Spanish cinema perspective which were developed during her artist residency at Edinburgh College of Art

The festival once again counts on the support of the Spanish Ministry of Culture, the Spanish Embassy in London, the Spanish Consulate in Edinburgh the University of Edinburgh, the Spanish Agency for International Development Cooperation (AECID) and Creative Scotland.