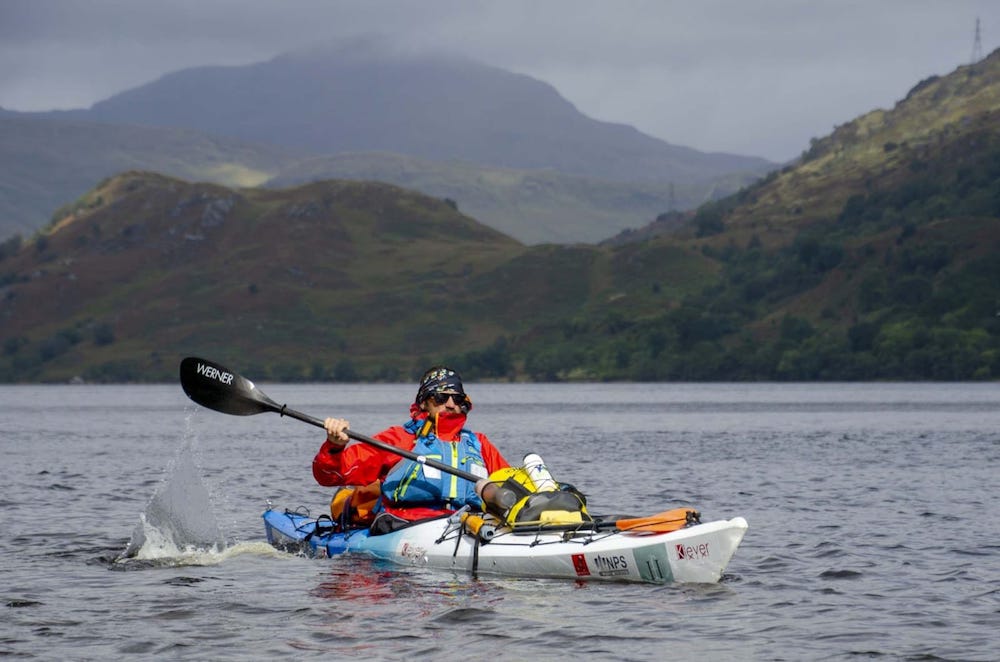 Army veteran, Dan Smith has reached Fairmilehead this morning, as he continues to ‘paddle’ through Scotland as part of a gruelling challenge where he’ll kayak the length of Great Britain in a bid to raise £25,000 for The Royal British Legion.

You can keep track of his progress by clicking here.

Dan Smith, 39, is a father of two from Seahouses, Northumberland and he served in the British Army for 14 years, completing military tours of Afghanistan and Northern Ireland.  To mark 100 years since the end of the First World War, Dan is completing a 60-day challenge by kayaking 900 miles. Kayaking the full length of the country, Dan started his journey in the Scottish Highlands and has already travelled 223 miles.

He has been camping by night and kayaking through iconic landmarks including Kinlochleven, Loch Lomond and Rannoch Moor, where he faced upstream rivers and long stretches of marsh land. He will eventually complete his challenge in Littlehampton, West Sussex, this is the first time anyone has attempted to kayak inland the full length of Great Britain and Dan still has over 600 miles to go.

All of the funds raised through the challenge, which Dan has dubbed the ‘Paddle of Britain’, will be donated to the Legion, which is currently leading a national movement to say ‘Thank You’ to the First World War generation who served, sacrificed and changed our world.

Dan explained why he’s doing it : “Being part of the British Army is something I am immensely proud of, it helped me become the person I am today. The Paddle of Britain is one of the biggest challenges I’ve ever faced but it is important to remember those who fought for our country.

Dan Smith’s Paddle of Britain from Social Communications on Vimeo.

“It is going to be tough. I am obviously going to have to overcome obstacles on the way and I’m prepared to kayak through all weathers. I’ll find it difficult to be away from my wife and two children for so long, but military personnel are away from their families for months at a time and it’s one of the hardest parts of the job. I am lucky to have their support.

“The Royal British Legion does so much to support the Armed Forces and veterans, I hope this challenge will inspire people to think about how they can give back.

“To everyone who is currently serving or has previously served in the British Army – the country is behind you and we’re truly grateful for the sacrifices you make.”

Claire Rowcliffe, Director of Fundraising at The Royal British Legion, added: “We are delighted that Dan is completing this challenge to raise money for the Legion, which will help us to continue providing vital support to veterans, serving personnel and their families.

“It is poignant that Dan is taking on this challenge this year, as we remember the struggles of all those who lived through the First World War. We wish Dan the very best of luck with his Paddle of Britain.”