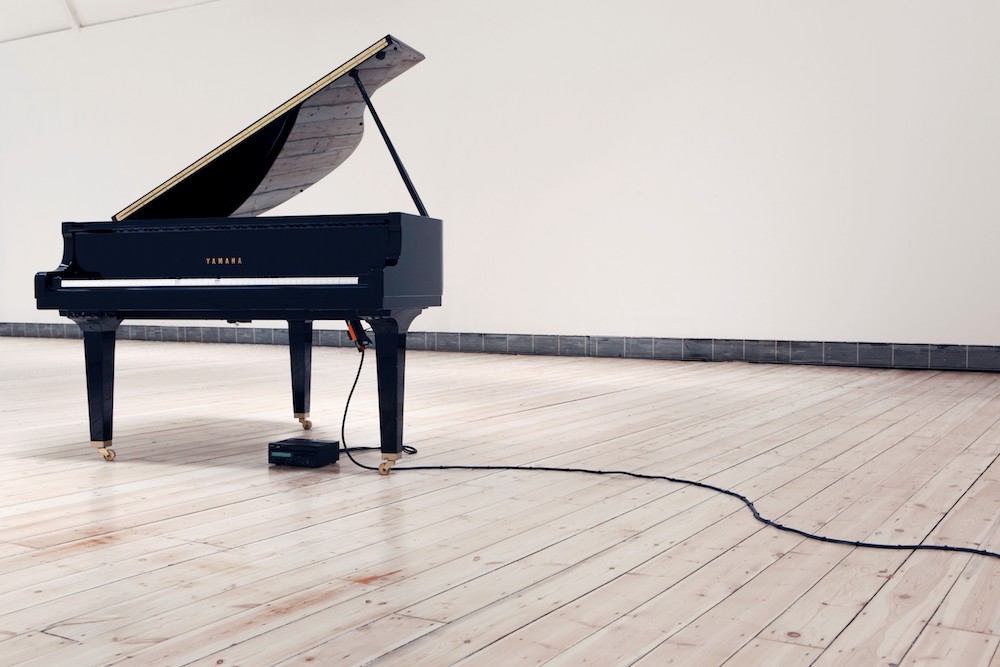 A self-playing grand piano performing a classical composition that has been beamed to the moon and back is part of a new art installation in Scotland’s oldest concert hall, St Cecilia’s in the Cowgate.

Artist Katie Paterson translated Beethoven’s Moonlight Sonata into Morse code and sent it to the moon as a radio wave. The transmission that returned to Earth was then refashioned into a new musical score, complete with distortions and missed notes caused by some of the code being lost in space – mostly absorbed by the moon’s craters and shadows.

The work, Earth-Moon-Earth, is on display at the University of Edinburgh’s St Cecilia’s Hall played on an automated piano.

The Edinburgh College of Art alumna took her inspiration from amateur enthusiasts known as moonbouncers who use Earth-Moon-Earth radio transmissions to bounce messages off the moon and decipher them when they return.

The space-age installation also features a visual representation of the Beethoven composition’s journey to the moon. The original Morse code transcript is displayed alongside the augmented version that returned from the moon, highlighting the numerous passages that were lost in transit.

Kirsty MacNab, University of Edinburgh curator, said: “We are thrilled to host this captivating artwork by such a well-renowned artist and alumna. The installation is on show in collaboration with the Ingleby Gallery’s Jacob’s Ladder exhibition and our own Astronomy Victorious, which is on show in the University’s Main Library. The exhibits explore humankind’s enduring fascination with outer space.”

Earth-Moon-Earth will be displayed at the University of Edinburgh’s St Cecilia’s Hall Concert Room and Music Museum until 27 October 2018. The gallery is free and open to all Tuesday–Saturday, 10am –5pm.

Thanks to the University of Edinburgh for the video