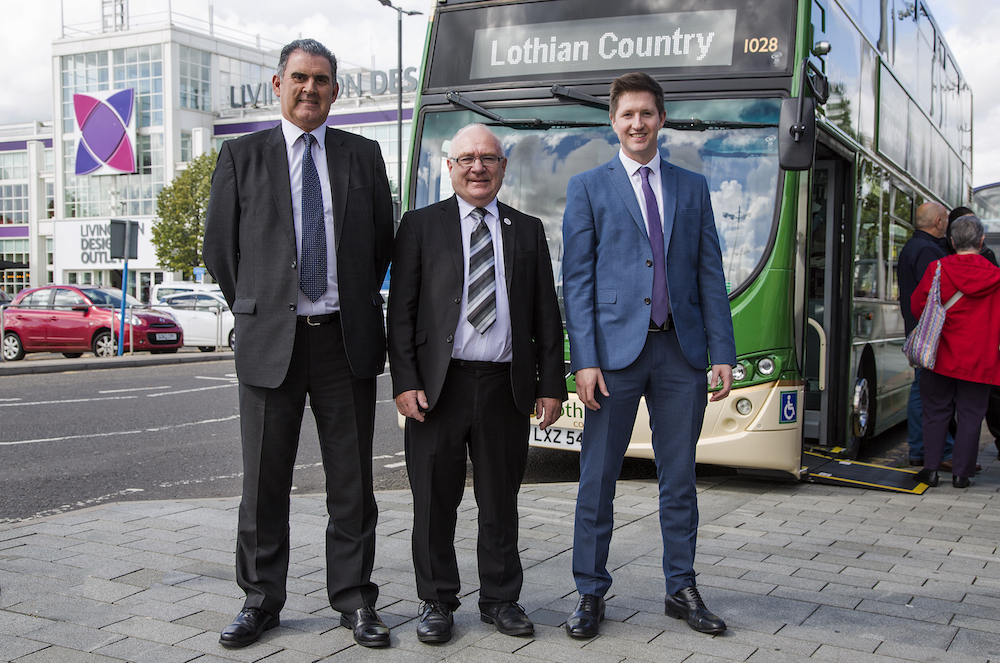 In a move which echoes what used to happen in the dim and distant past, Lothian Buses are now going to run a green and cream service out to West Lothian. It used to be Eastern Scottish who ran buses out to the county from the capital and now people who live there will get a new service from Sunday – and an improvement is already planned for the end of September.

From Sunday Lothian Country will run services to Bathgate and Whitburn in West Lothian with three DayTicket options from £5 to £9. The most expensive option would allow you to travel all day long using Airlink, East Coast Buses as far as Dunbar and anywhere in the capital on Lothian’s city service.

There are also ticket bundles available through the Lothian app.

The buses which will be used in West Lothian will be double deckers painted green  and cream. In common with other city services they will  have USB charging points and WiFi.

Two new routes will be introduced at the end of September.

More information can be found on www.lothiancountry.co.uk

Nigel Serafini, Commercial Director, Lothiancountry said: “As a socially responsible operator, we know that providing lifeline connections for residents and commuters is vital. We are excited to already be able to further enhance our operations in the West Lothian area and are delighted to introduce these new services further expanding our network. We look forward to welcoming our first customers on-board this Sunday.”

“It’s great to see a new operator enter the commercial bus network in West Lothian, offering increasing choice for local bus users in one of the fastest growing areas in Scotland.”